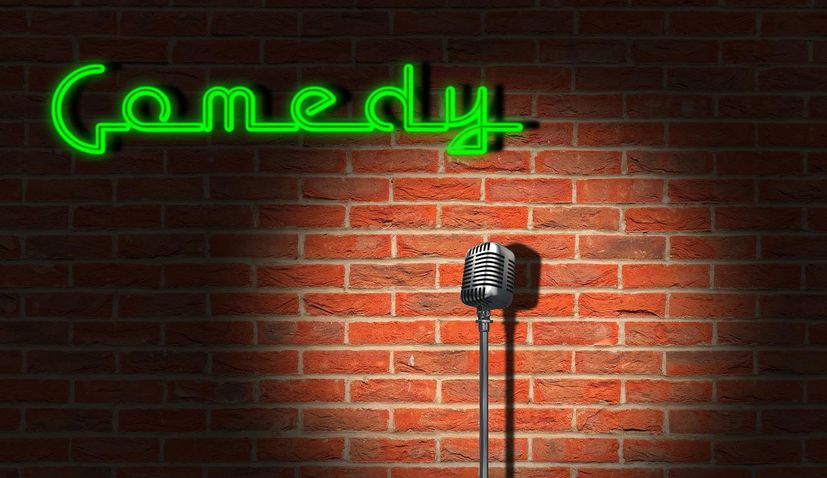 Whilst the stand-up comedy scene in Croatia is still small and relatively new, there is still a scene, and it is a scene which is growing.

One person who can take most of the credit for this is comedian Marina Orsag.

Marina was first introduced to stand-up comedy whilst living in the United States and she would immediately fall in love with it.

When she returned to Zagreb in the early 2000s, a friend convinced her to attend a comedy workshop. From the workshop the first five comedians in Croatia were spawned and they would form the group ‘Sve pet’.

The group would do shows every week at bars around Croatia, trying slowly to educate bar owners and the public about stand-up comedy.

“We had an intro at the start of the show where we would explain to the crowd what stand-up was, and how they should react in the crowd, things like they don’t need to hold their laugh in but to laugh out loud,” Marina told the All Things Croatia podcast.

Marina had bigger plans and she started to organise open mic nights and workshops and eventually after a year the Sve pet comedians would go their separate ways.

The stand-up scene was building slowly with performances at small Zagreb bars and clubs and in 2008 Marina was invited to organise a show on Thursday nights at Kino Studio in Zagreb.

“This soon became Mondays and Wednesdays and after we had a weekly program, and an opportunity came up to rent out the space, we decided to start the first comedy club in Croatia with nine comedians and guests and we opened Studio Smijeha,” Marina explained.

In 2016, Studio Smijeha moved location but when the pandemic hit the club was forced to close down.

“After closing the club I am now focusing on my career. I want to develop my stand-up and perform more in English. I also want to visit the US and perform over there and my focus is also on the diaspora. I will re-open another club in Croatia which will be a home for stand-ups,” Marina said.

After more than 3,000 performances, organising 12 festivals and two big shows at the renowned Vatroslav Lisinki Concert Hall in Zagreb, Marina also talks on the podcast about the comedy scene today in Croatia, other projects which are being developed and an amusing story about organising her first show at Lisinski.

You can listen to the podcast below.