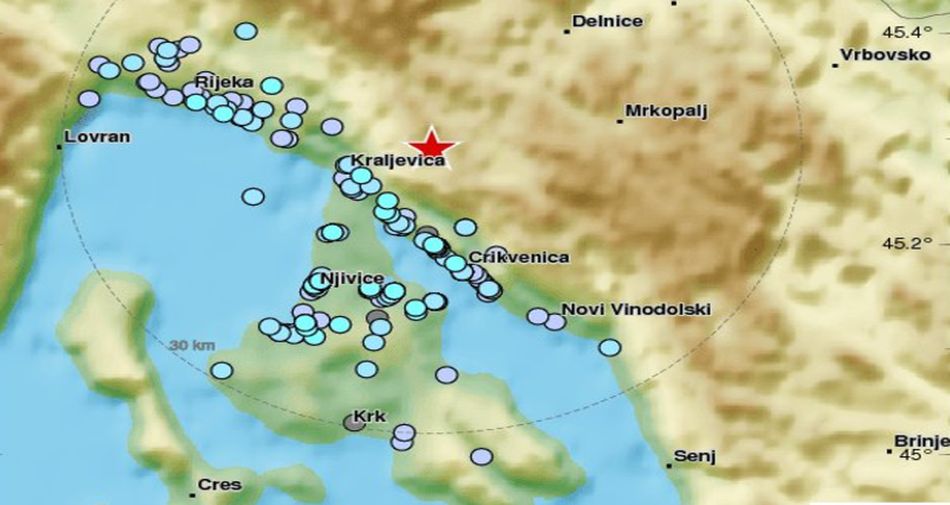 More earthquakes have been felt on Wednesday on the northern Adriatic coast after yesterday’s earthquake measuring 4.1 on the Richter scale hit near Rijeka.

On Wednesday afternoon at 1:57 pm an earthquake, which measured 3.2 on the Richter scale, struck 21 km east of Rijeka. The earthquake’s epicenter was at a depth of 2 km.

There were a number of witnesses on the island of Krk who felt the quake.

“It shook the room and space around me and it lasted approximately 5 Seconds,” a witness in Njivice on the island of Krk said.

“Scary sound, like a bomb hit or thunder,” another said.

Map of the testimonies received so far following the #earthquake M3.5 in Croatia 40 min ago pic.twitter.com/N93ttRYmJK

Since yesterday’s earthquake, which struck 19 kilometers south east of Rijeka, just 6 kilometers from Hreljin, there have been a series of smaller shakes in the Rijeka and Kvarner area.