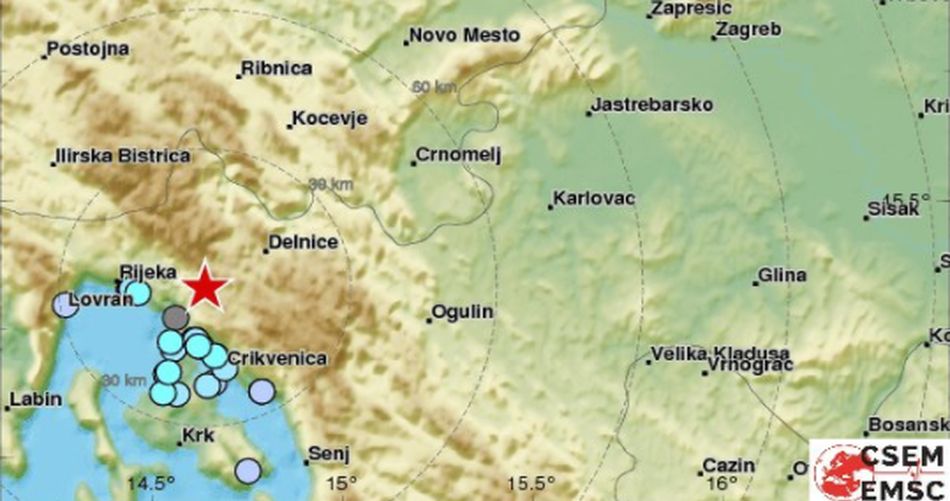 An earthquake measuring 4.1 on the Richter scale has hit the Rijeka region on Croatia’s northern Adriatic coast on Tuesday.

Witnesses say that the earthquake was very short, just a few seconds, but it was powerful.

“There were short explosions, the house was shaking,” one resident living 11 km from the earthquake’s epicenter said.

Another resident reportedly said that a few minutes after the first shake, there was another loud bang with further shakes. The earthquake was even felt on the island of Krk.

There were no reports of any injury or major damage as yet.

Map of the testimonies received so far following the #earthquake M4.1 in Croatia 41 min ago pic.twitter.com/P4W1bza2Tq