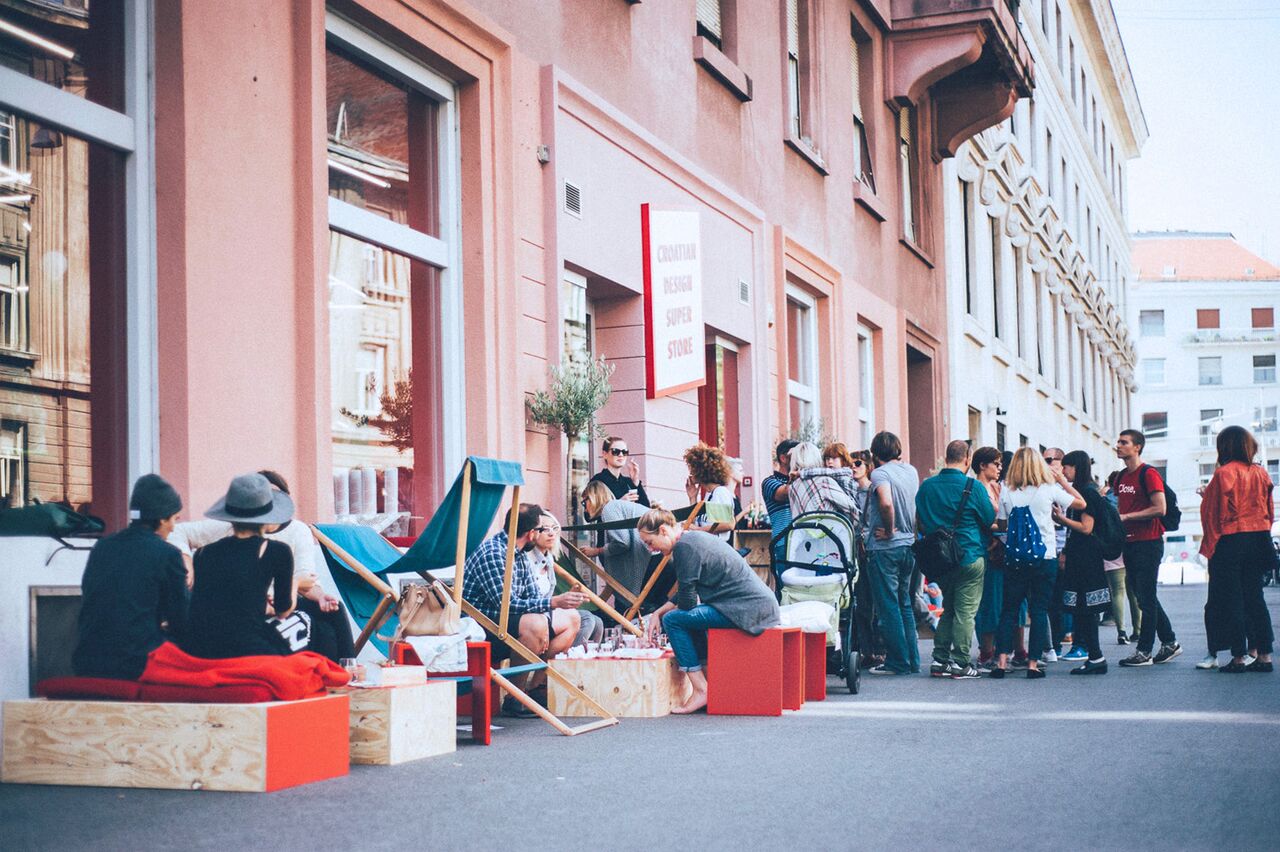 Design District Zagreb: a new design festival that affirms the urban developement in the ‘Martićeva zone’…

February 29th, 2016, Zagreb – the neighbourhood in Zagreb whose artery is Martićeva street will shine as the host of an exciting new festival! The event that will come to life in the east-central zone of the city enclosed by Šubićeva, Zvonimirova, Račkoga, Draškovićeva and Vlaška street, as well as its wider project bearing the same name, will affirm the neighbourhood as a creative urban zone.

Although until recent years it was known for its many shops and salons related to the automotive industry, in the past few years the neighbourhood has spontaneously transformed its urban identity, and today it is flourishing thanks to a number of valuable cultural and creative initiatives. The culmination of the project will be a four-day festival taking place from the 16th to the 19th of June. The festival is intended for a wider population of citizens and tourists, while many other activities will take place continuously with the goal of long-term improvement of the quality of life of the neighbourhood’s residents. 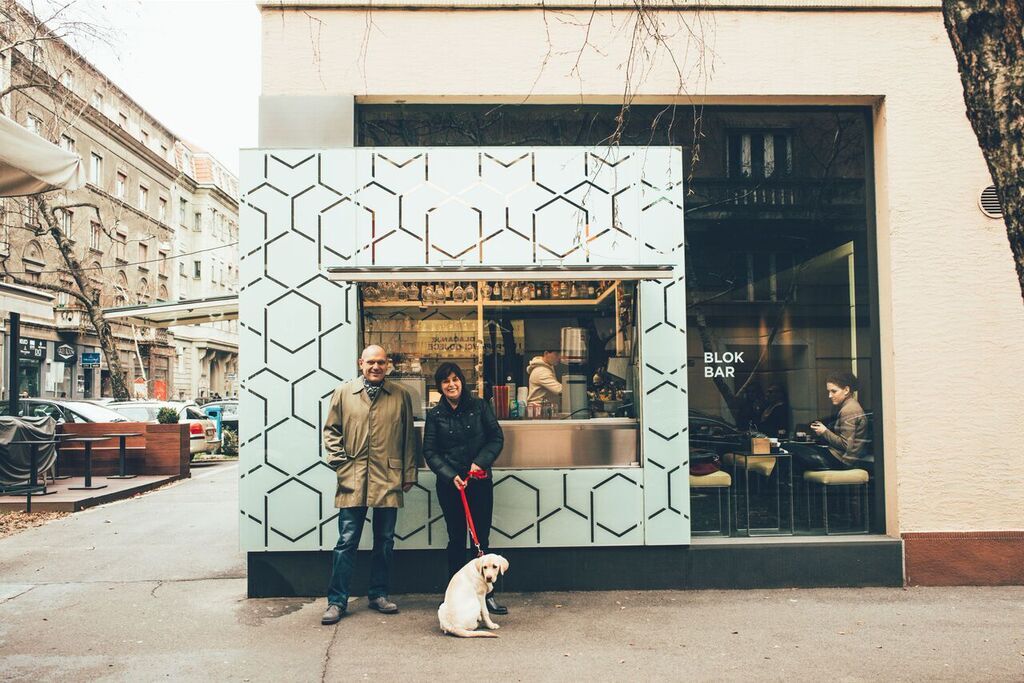 The organizers of Design District Zagreb are the Croatian Design Superstore and Design Centre Zagreb. The project is coming together in cooperation with the Zagreb Tourist Board, City of Zagreb, the City Office for Strategic Planning and Development of the City, and with the support of the Croatian Designers Society, the Society of Architects Zagreb, and the Association of Croatian Architects.

Design District Zagreb is a multilayered and multidisciplinary project that was created with the idea of uniting the communication of all of the existent creative initiatives concentrated in this urban zone. It intends to stimulate the establishing of the ‘Martićeva creative zone’, primarily through network and collaboration of all stakeholders of the existing local scene. The project’s goal is to strengthen their capacities, as well as revive many unused spaces and encourage the creation of new permanent and temporary content.

The project indicates the potential of the neighbourhood’s cooperation among its creative and responsible entrepreneurial ventures, which affirm the production of culture and tourism as fuel for the city’s development. These paradigm shifts advocate design and all other creative activities as those which encourage structural changes useful for the development of cultural, craft and manufacturing production, and help the transition from a traditional economy towards a creative, sustainable and innovative economy. 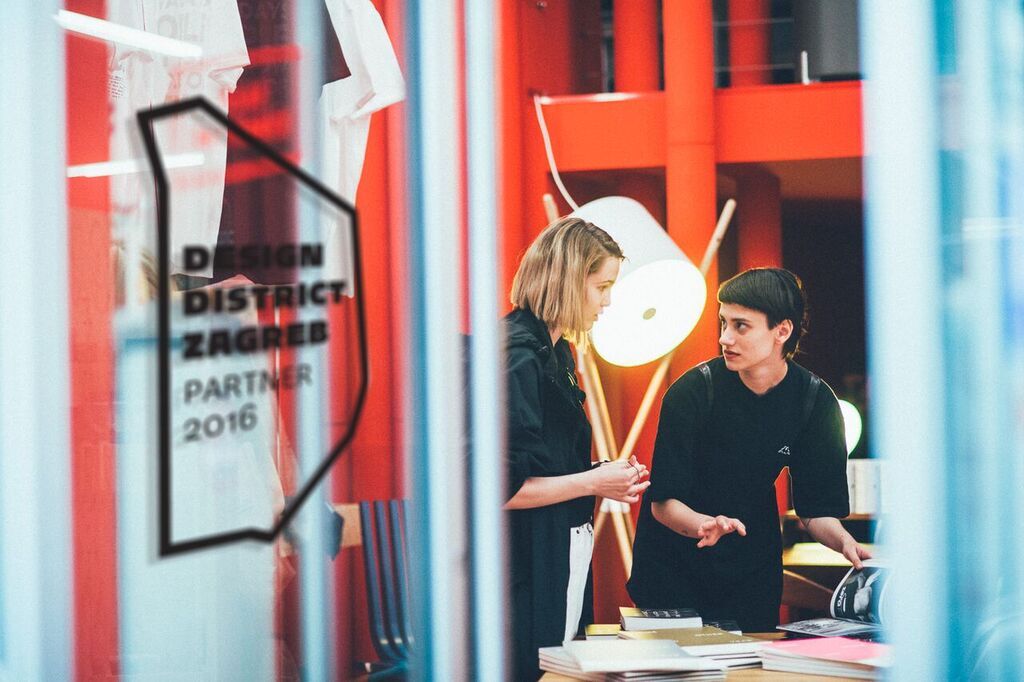 Ira Payer, author of the concept and creative director of Design District Zagreb, has presented us with the ideas that stand behind the project:

“In a number of unused premises in the neighbourhood, earlier related with the automotive industry, there is now much creative and cultural content spontaneously settling in. Similar to many European cities, Zagreb also sees its path for development in the conversion of the industrial infrastructure into the production of culture in the broadest sense, which is particularly evident in the wider centre of the city. Subsequently, in the case of this neighbourhood, the transformation has been taking place gradually and unobtrusively, without compromising the distinctive spirit of the whole area. 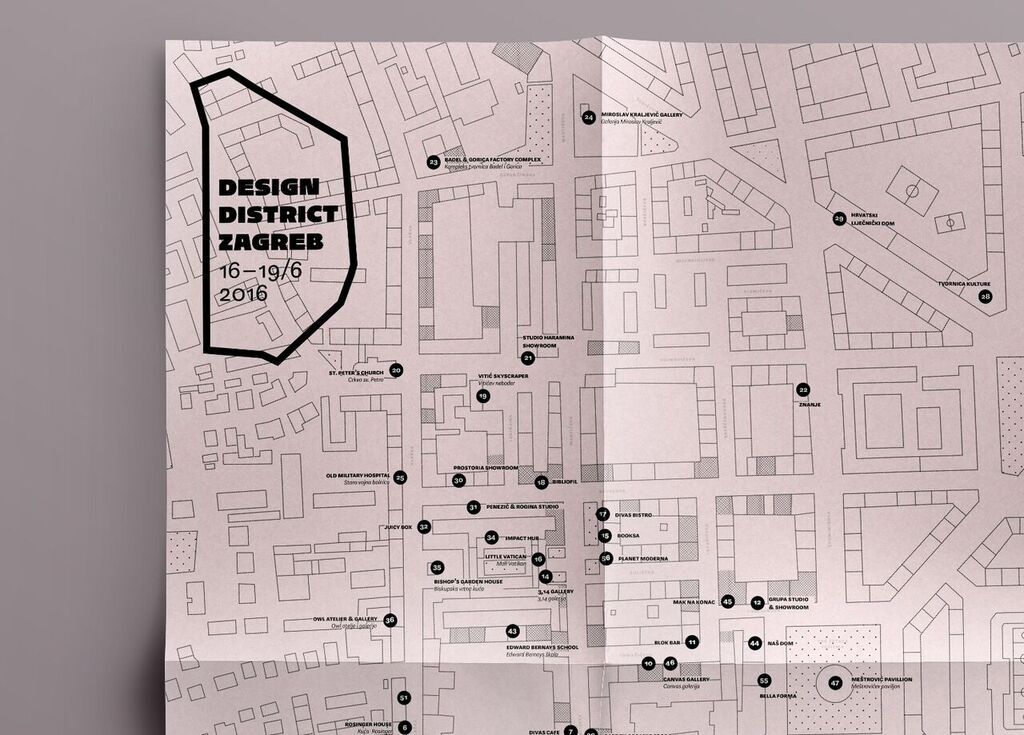 The intensity of creative activity in the neighbourhood came to a moment in which the mutual networking and lively cooperation between all local actors is a desirable path for development. Our studio also works in Martićeva street, which serves as our “professional home”. It’s possible to say that the neighbourhood summoned us in, after which a common fruitful relationship was established.

This zone is the home of some of the best design and architectural studios in Zagreb, as well as multiple offices of civil and artistic associations. The neighbourhood is infused with valuable architectural heritage from the modernerist period, which most recently began a renewal. On the other hand, it’s full of empty, unused spaces that were left behind the withdrawal of businesses earlier related to the automotive industry. We intend to revive them and make them useful. 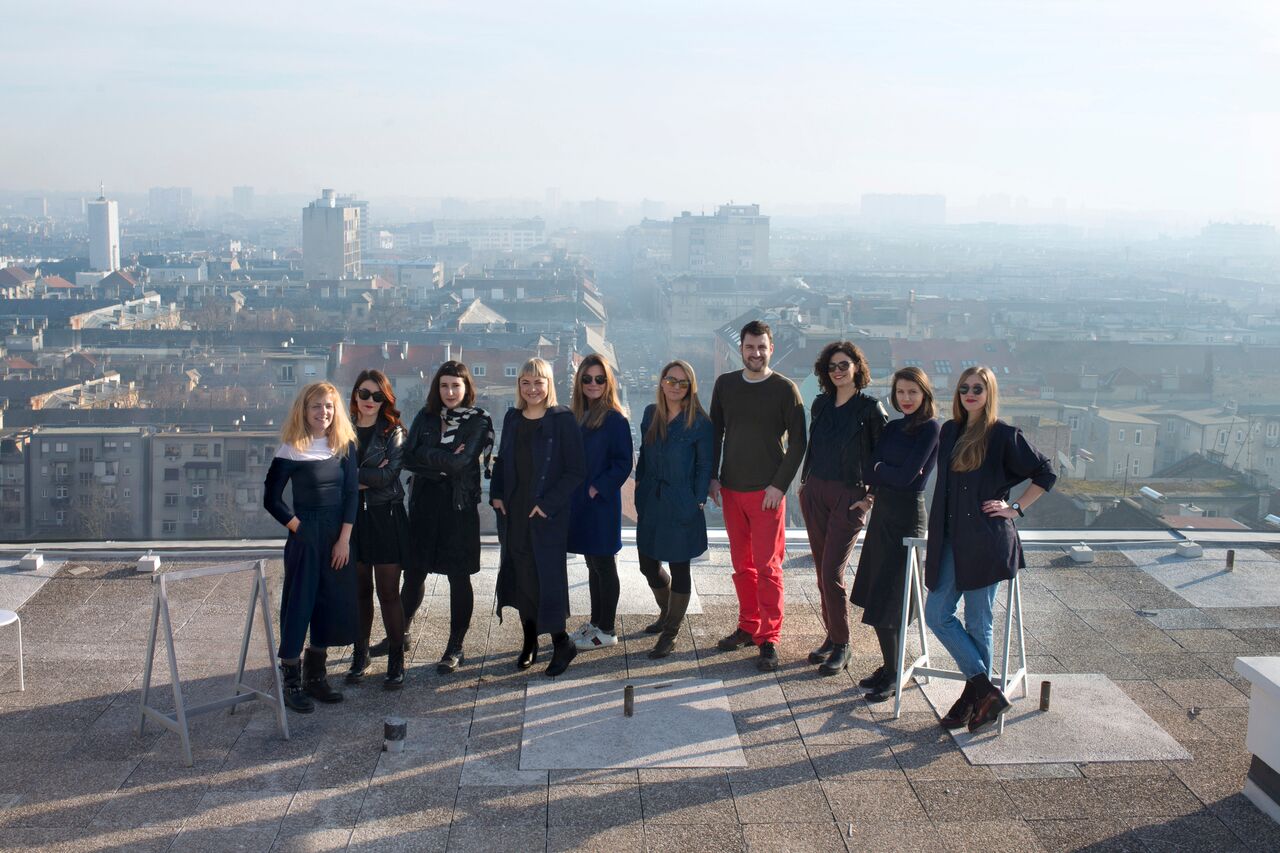 Design District Zagreb seeks to connect the protagonists of the existing creative scene and strengthen their creative capacity, and also to revive its unused spaces, encouraging the creation of new content. The project consists of several programs, which, each in their own way, stimulate structural changes useful for the development of cultural, trade and manufacturing production and help the transition from a traditional economy to a creative, sustainable and innovative economy.

We intend to achieve a systematic gathering and presentation of creative and cultural production of the urban area around Martićeva street and temporarily, gradually and steadily, open its abandoned spatial infrastructure towards people who are temporarily or permanently situated here. In the context of the post-industrial transformation of Zagreb’s urban environment, the aim is also to provide new value and meaning to this charming neighbourhood, so that these values come organically bottom-up, with the initiatives and participation of its citizens, related methods of the independent cultural scene, and small creative businesses. 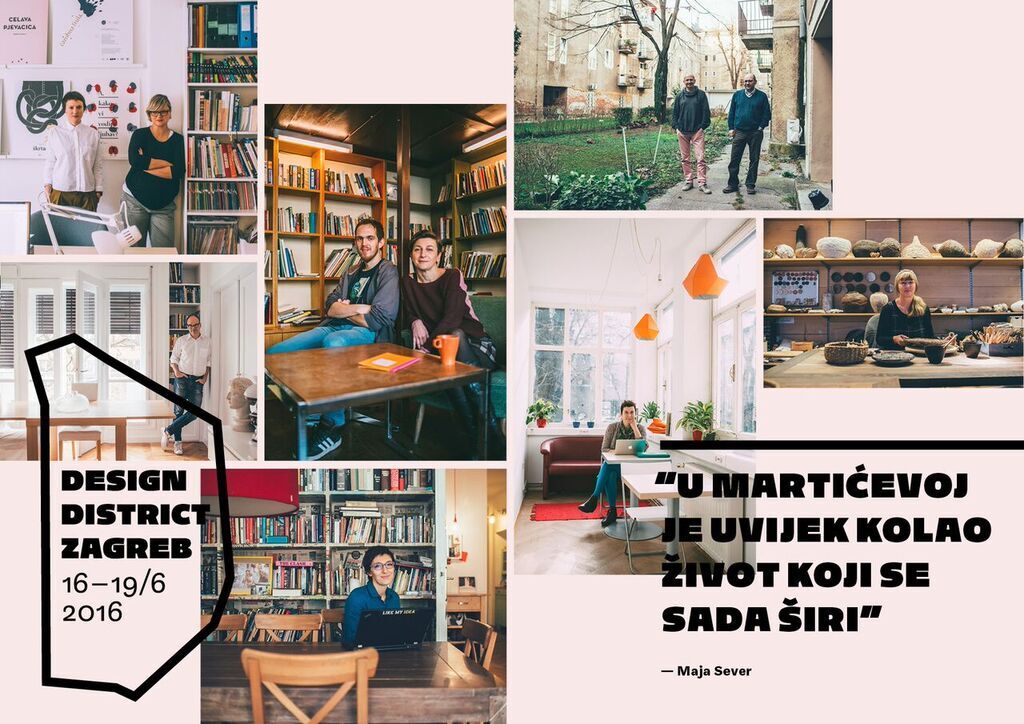 This year we plan to achieve this with a four-day festival in June, when the neighbourhood will be filled with interesting design and art works, impressive installations in public spaces, new solutions, scenarios and interventions for further improvement of life, and more. The idea is to harness all of the creative potential of the ‘Martićeva zone’ so that the district is recognized long-term as one of the city’s hot spots and the most vibrant center of creative activity.

In Zagreb there is actually incredibly many things going on, given its size and population. In recent years there have been many great projects, from carefully designed and market-oriented products to complex problem-solving initiatives and notable, socially sensible concepts that expand the boundaries of the profession. Design associations and platforms are actively working on gathering and presenting joint initiatives of all kinds of sustainable design. Simultaneously, they have been forming collegial relationships that have been strengthening and branching. For our profession, which is still struggling for its recognition, this provides necessary collective strength. The key to the development of the scene is in mutual promotion and respect, understanding that we are not necessarily competition to each other, but all part of a larger creative community. Culture and creativity are certainly drivers of a stronger and more innovative society, but the future is based on our ability to develop cooperative relationships. The policy of cooperation is always a good path, especially in our business. 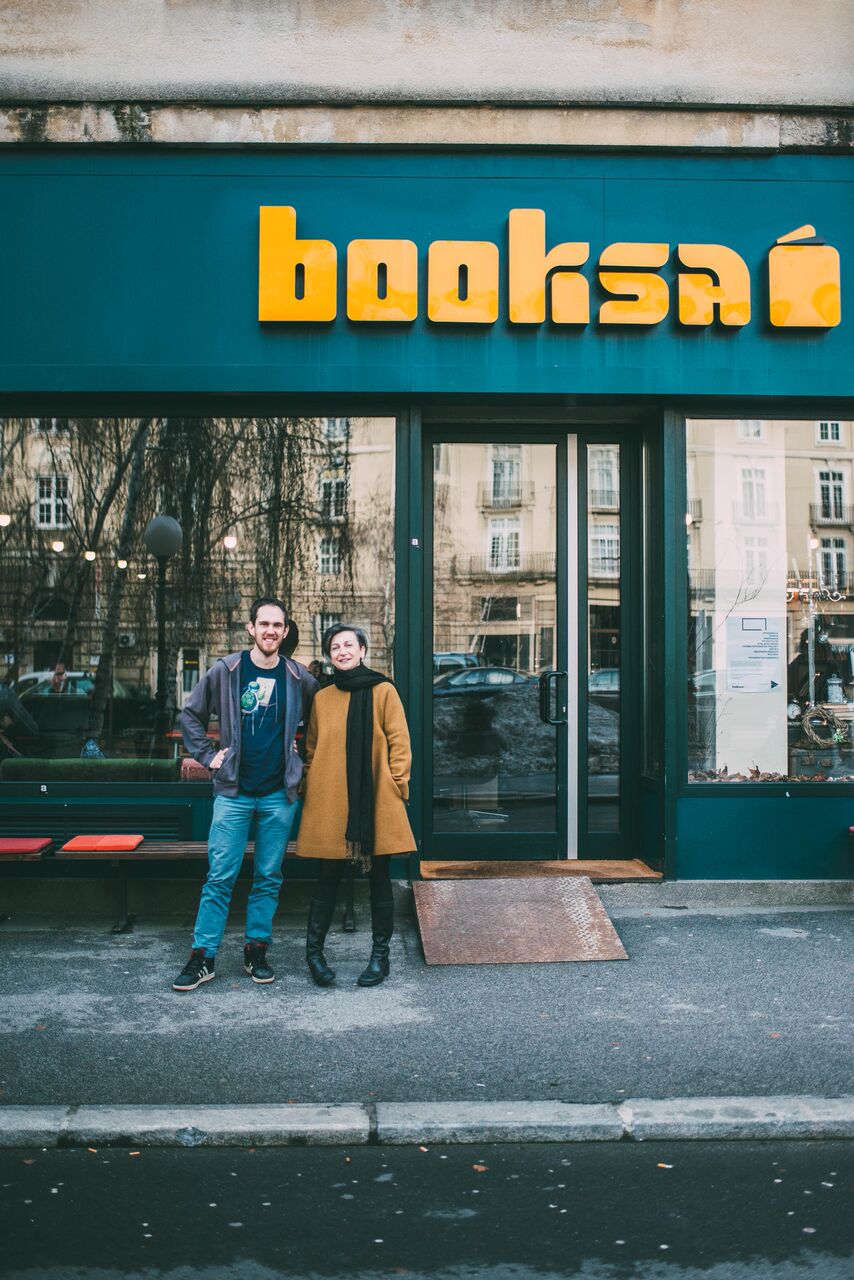 Authentic content by Design District Zagreb, along with all program events, can be regularly accessed on the website www.designdistrict.hr, which will gather interesting stories from the neighbourhood, with an emphasis on interviews with its inhabitants and protagonists. 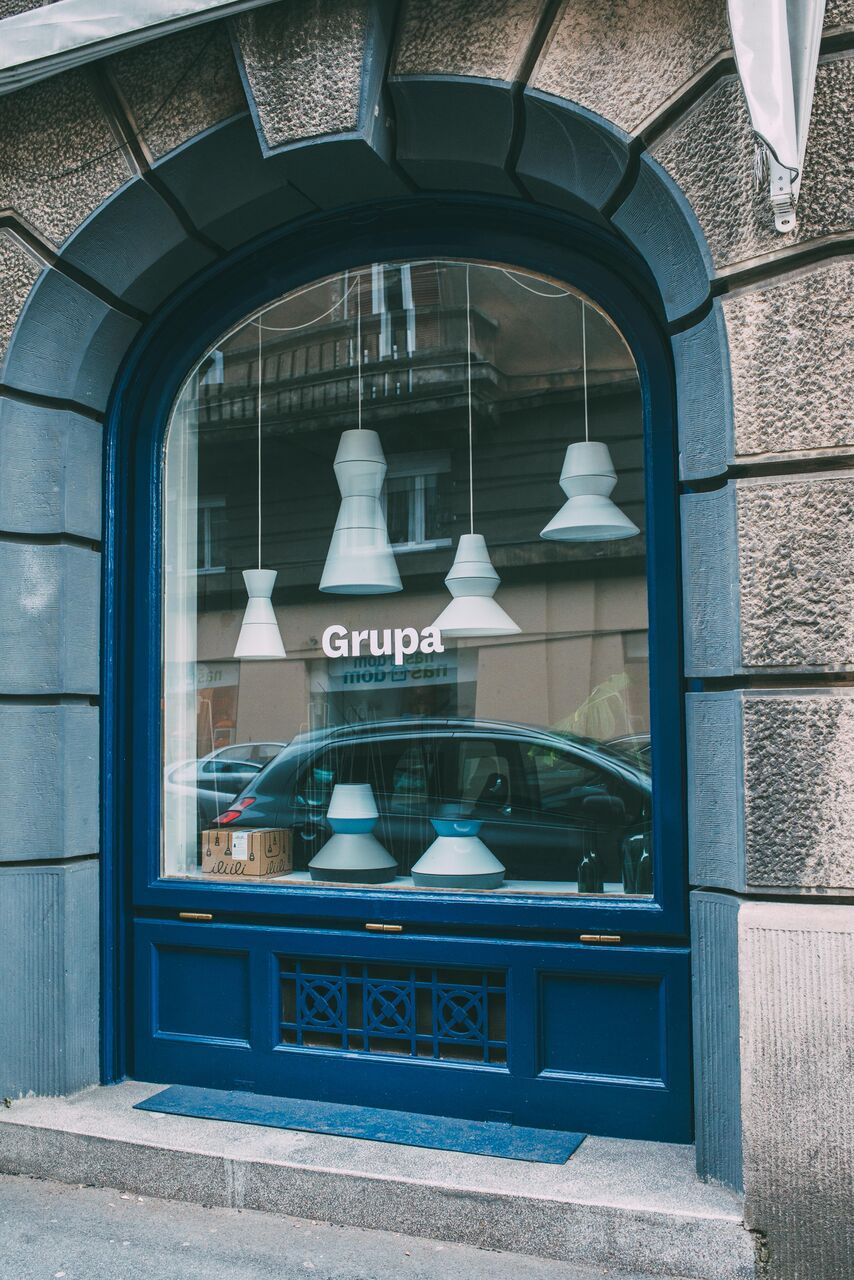