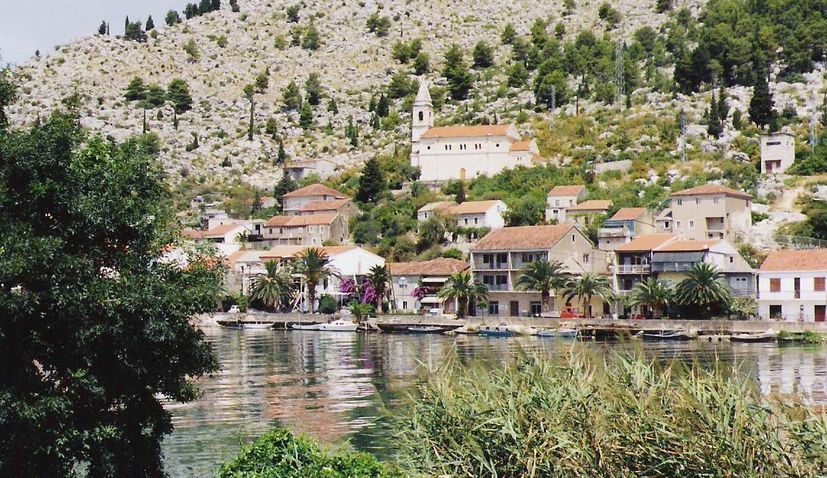 One of the places in Croatia not yet fully discovered by tourists is the beautiful valley just 100 kilometres north-west of Dubrovnik.

Geographically different from the rest of the Croatian coastline and the detritus landscape, the fertile land around the Neretva river, the largest in the eastern part of the Adriatic, is perfect for agriculture, different flora and fauna and is full of evidence of a rich history and interesting pirate stories. 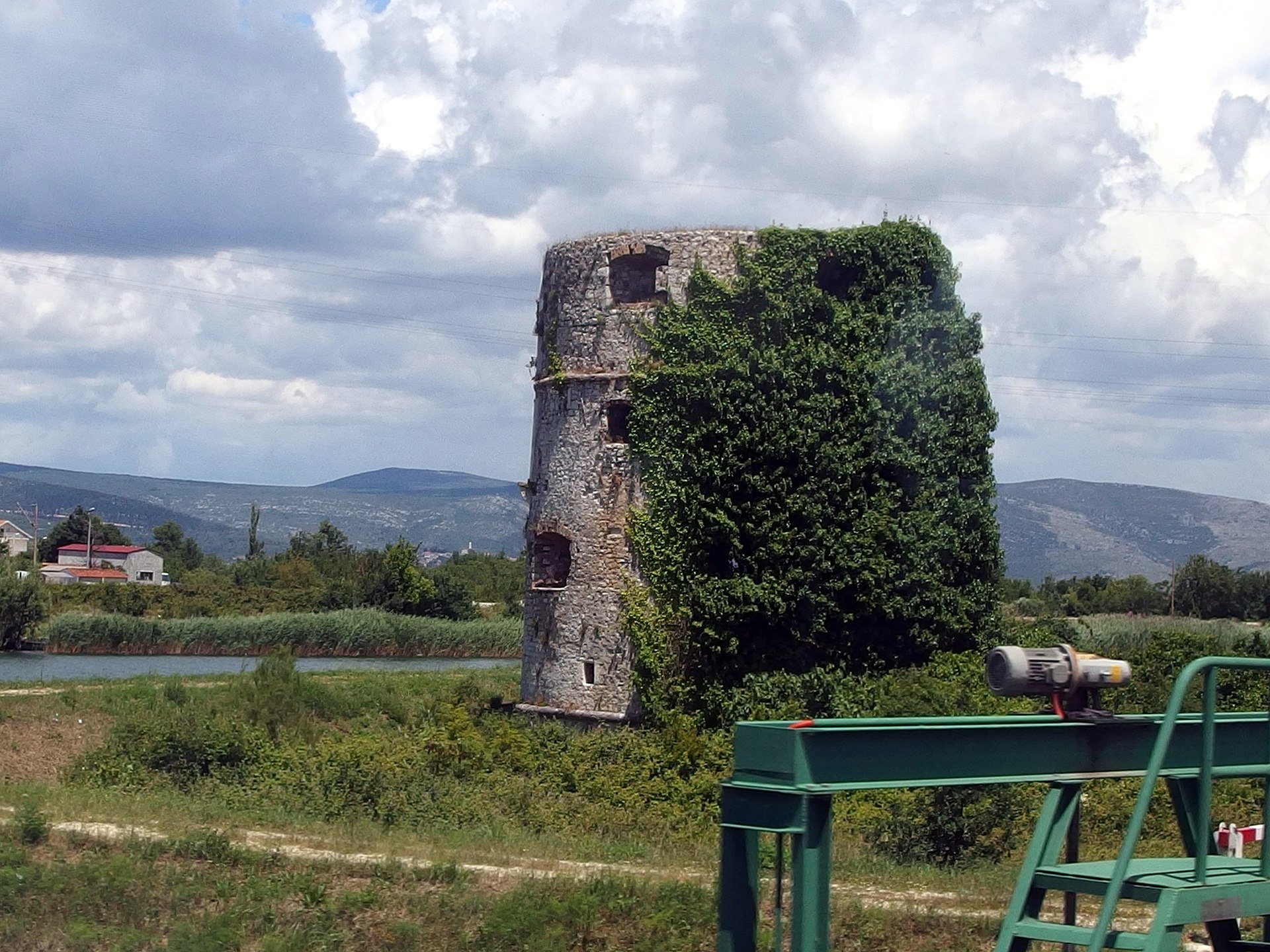 Beside the Neretva river, the 16th-century tower of Norin was built as a bulwark of the Ottoman Empire from the attacks of Venetian ships. Used for the military purposes until the 19th century when it was converted into the mill. Locals say the tower actually has seven floors, but they cannot be seen because of the sinking into marshland. 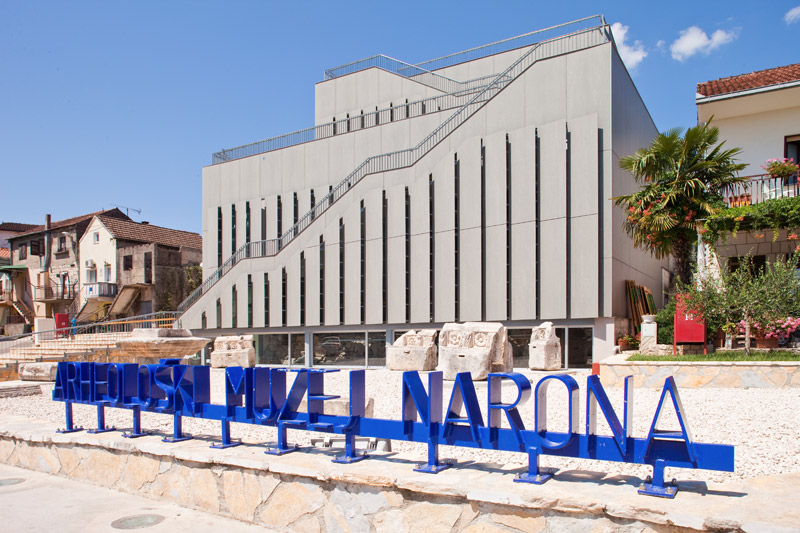 In 1996 in the area of the so-called Plećaševe štale (stables) in Vid, near Metković, the remains of the Augusteum – Roman temple and 17 sculptures of Roman emperors. It can all be seen in the archaeological museum Narona in which around 900 findings, from the 3rd century BC until the 15th century, are located. Narona was the roman settlement of this area in the 4th century BC and the museum named after it is the first one in Croatia built on the site itself. The first marathon, which involves racing of traditional vessels known as lađa, was held in 1998and has since grown into a real spectacle and became a tradition. Before the first marathon, the ships were removed from the sludge in memory of grandparents who were trying to preserve them this way. Today, more than 80 ships from the Neretva and other Croatian regions (and even foreign countries) take part. 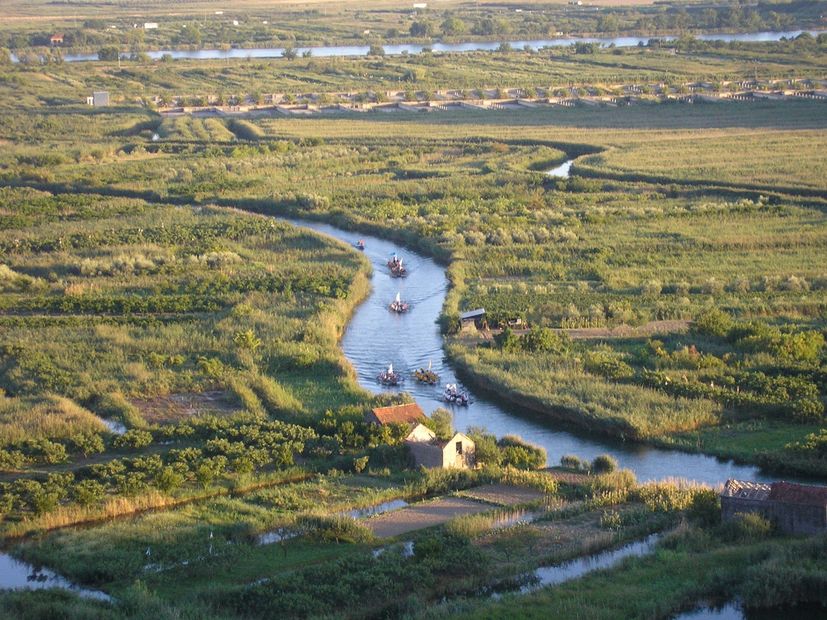 The route from Metković to Ploče is 22 kilometers long and is not simple. The marathon is held on the second Saturday in August and is followed by a big party at the finish line – in Ploče. 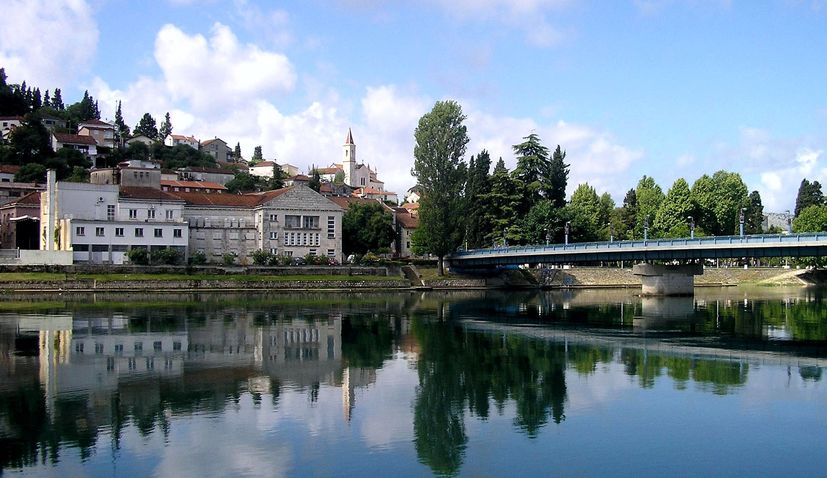 The Predolac cave is a place to meet the single Dinaric cave shellfish “Congeria”, a living fossil, a tertiary relic and an endemic of Dinarides. This is also a home to other different animal species living exclusively underground. Together with the impressive rocky surrounding, this one locality unique in the world means unforgettable experience. On a total area of around 1620 hectares, five locations are listed as a nature reserve (including the delta itself). Visit the valleys of Prud and Orepak as ornithological reserves and the lakes Modro oko and Desne to discover the gorgeous parts of the whole valley along the River of Pirates. The rich history of the town of Ploče and its geographically great location in the beautiful valley are reasons enough to visit. Beautiful churches and monuments, as well as the surrounding locations and area interesting because of the WWII, the archeological sites and the houses of the queen Teuta are only some of the interesting places to discover.

Visit the picturesque town of Komin surrounded by Neretva and the beautiful scenery. 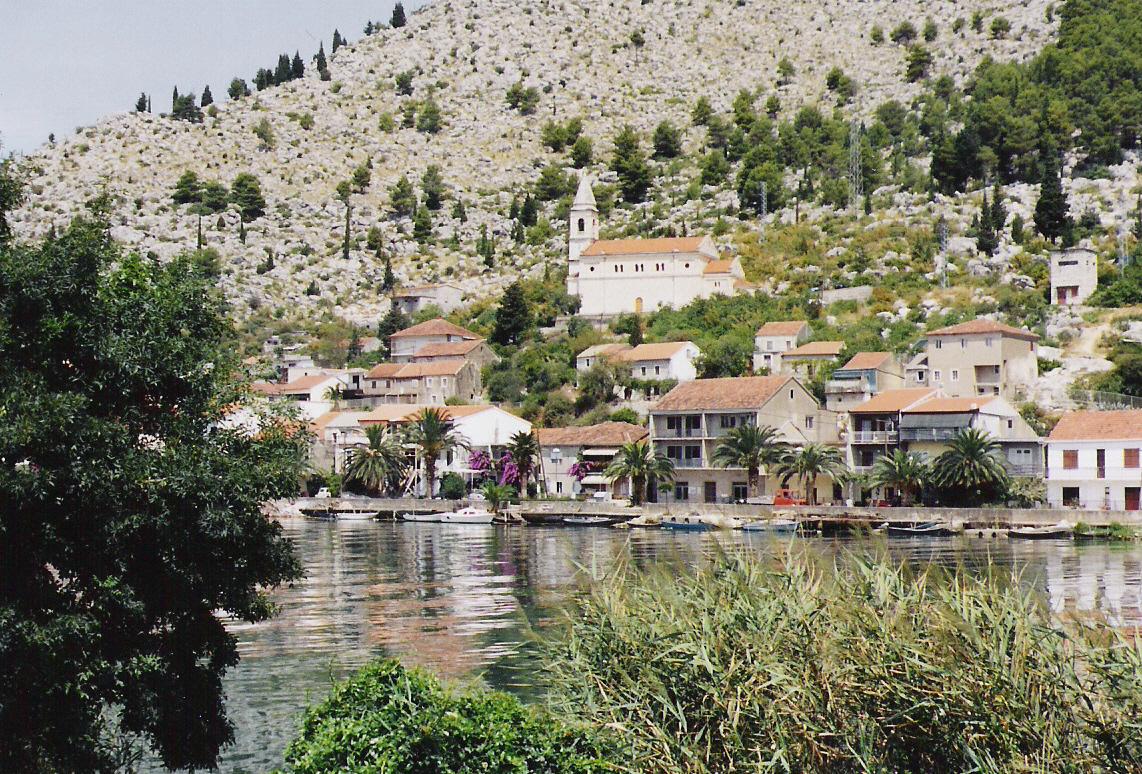 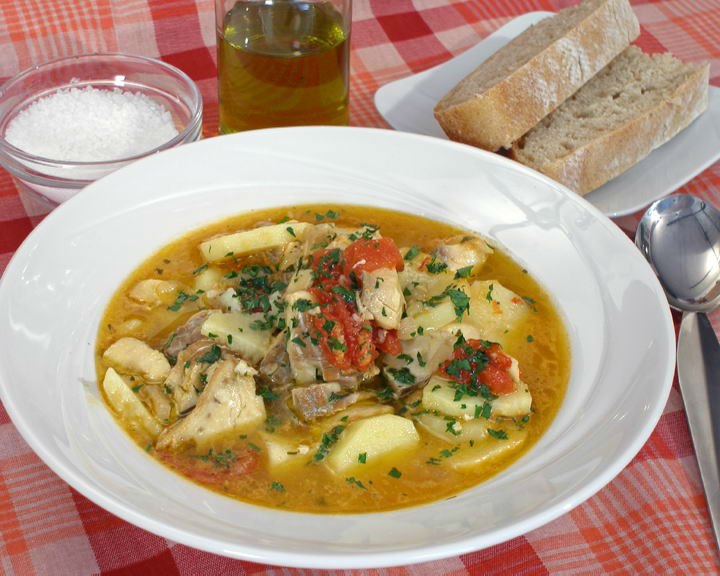 Delicious specialties of this area are brudet (similar to stew), eel in many different ways, fried or grilled frogs and coots. Neretva is one of the best-known habitats of eels in Croatia. Methods of preparation differ even from house to house. Of course, every house would argue that is just their way the best. If you haven’t tried these specialties so far, this is a great chance to do so. And they really do taste great! Other specialties are tangerines and watermelons that grow around the area. The Neretva area is a paradise for kitesurfing. Thanks to the winds of this area – maestral and tramuntana. Neretva and her delta are a perfect location, in Croatia as well as in Europe. If not willing to take part in it, at least the spectacle in the sky itself is worth seeing. 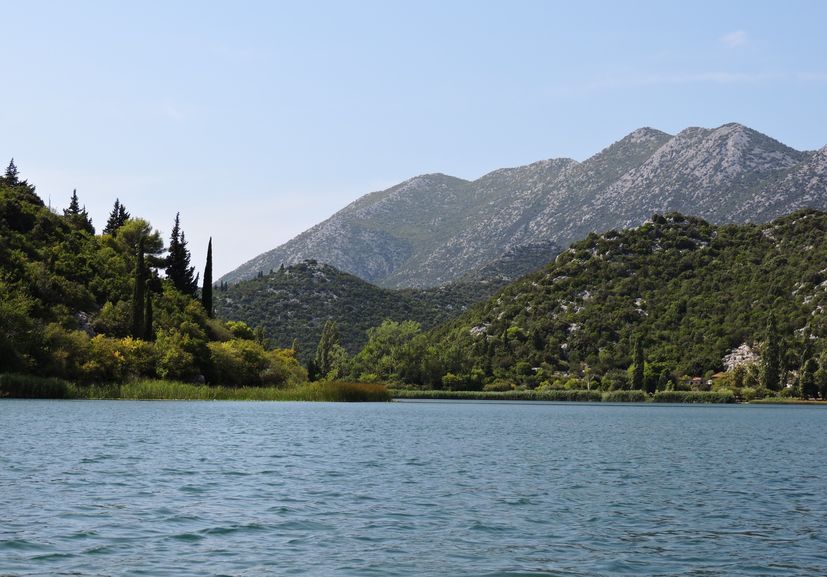 Near the town of Ploče, in Baćina, seven lakes take a breath away! These beautiful lakes are all connected and it is interesting that their bottom is below the sea level. The water here is fresh, the surrounding hills are inhabited by different animal species and it is even possible to take a boat ride along them. So, over the Adriatic sea, the mountain and the seven lakes, there really is a heaven.