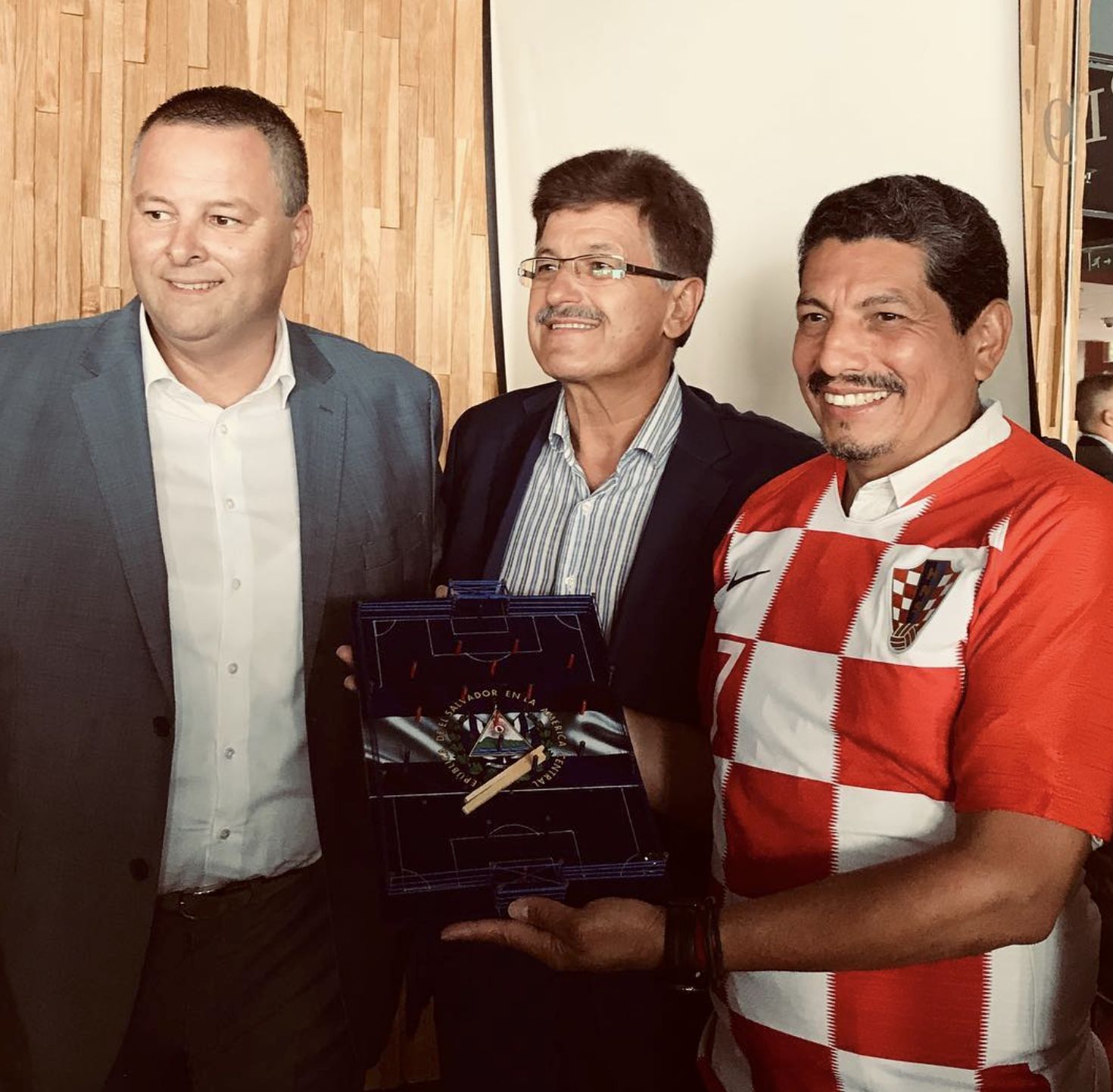 Yuri Cortez, the AFP photographer caught at the bottom of Croatian celebrations after Mario Mandžukić’s match-winning goal against England in the semifinal of the World Cup, says he has been blown away by the beauty of Croatia and its people.

Cortez and his family are coming towards the end of a week-long holiday in Croatia which was gifted by the Croatian National Tourist Board after the incident at the World Cup and on Wednesday in Opatija he was presented with some gifts he will treasure for a long time.

After receiving personal video messages from Luka Modrić and Dejan Lovren, Cortez was presented with a Croatian flag and a signed Croatia shirt by Mandžukić. 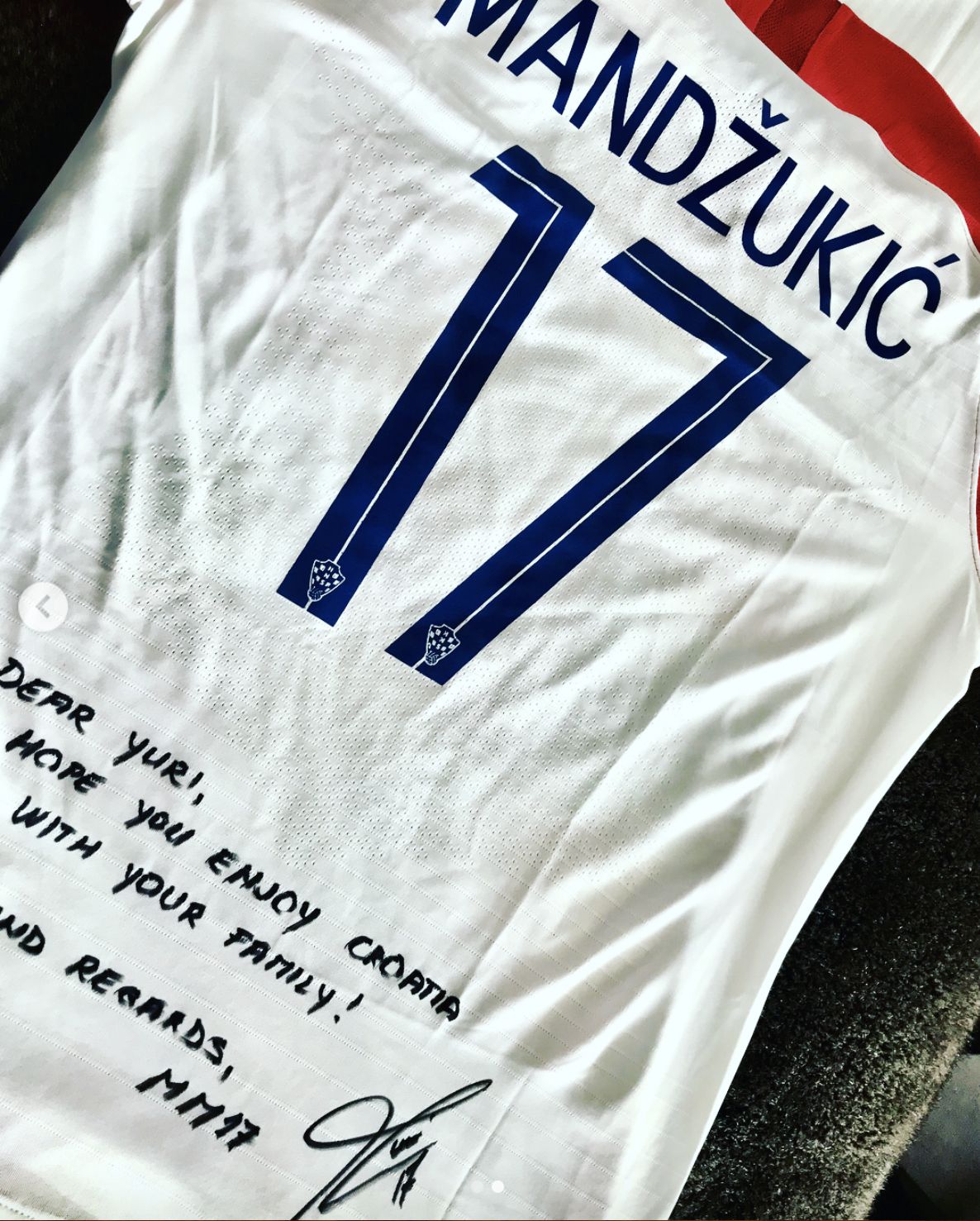 “I have travelled the world and I can say that Croatia is a beautiful country, and your people are very pleasant, kind, open and hearty, “ Cortez said before adding.

“You have beautiful cities that represent heaven for us photographers, and nature is beautiful and preserved. We enjoyed every minute. On behalf of myself, but also my family, I really want to thank everyone for this gesture and the opportunity to visit Croatia. This is an unforgettable experience for us. Especially thanks to the Croatian footballers for the messages and gifts that will remind me even more of an unmistakable moment in my professional career,” Yuri said. 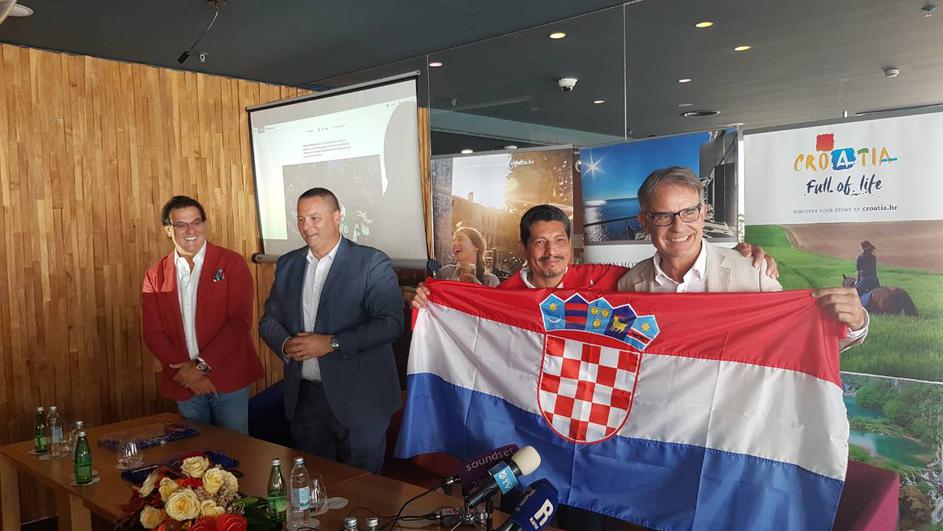 “I am extremely happy Yuri accepted our invitation. Details of the trip we agreed quickly and Yuri has had a chance during his trip to take hundreds of photos which he will post on social media and on AFP’s platform. Yuri has already become a Croatian tourism ambassador in the world,” said Staničić.

After arriving in Zagreb and checking out some of the sights, Cortez made his way to Dubrovnik, Šibenik, Otok Žut, Kornati and Split before making his way to Opatija. He will spend some time in Istria before leaving with his family.