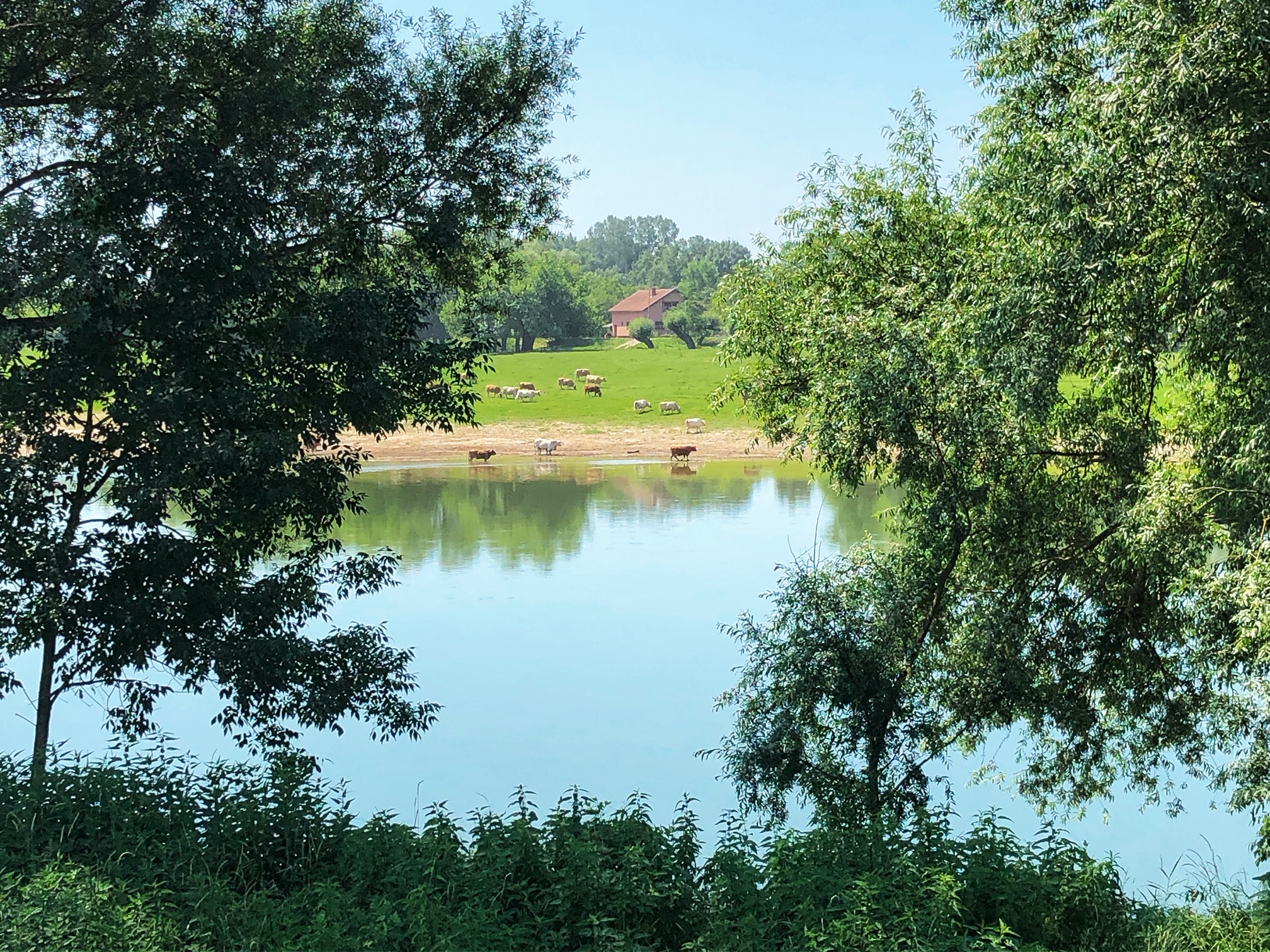 To the many species of birds that regularly flock Lonjsko Polje by the thousands, this hard-to-pronounce nature park in the northeast of Croatia is no secret. But popular as it is amongst visiting birds and countless other resident animal species, humans, on the other hand, are a rare sight across this vast area, even in the best of years.

Undeservingly so. For, not far from the bustling capital of Zagreb, and scarcely advertised as a tourist destination, lie these alluvial wetlands of the lower flow of the Sava river, which reward those willing to venture beyond the tried-and-trusted with an experience that is as soothing on the sole as it is rich in its biodiversity.

With many of area’s traditional wooden house rooftops offering migrating storks ample accommodation options, and the surrounding marshes, ponds, lakes and rivers providing generous feasting opportunities, it is no wonder that some birds are willing to travel across continents and thousands of kilometers on a recurring basis, just to indulge in this bountiful offer. In addition, renowned for being excellent nesting grounds, Lonjsko Polje also lures many other migratory bird species with the exciting prospect of finding their eternal true love. 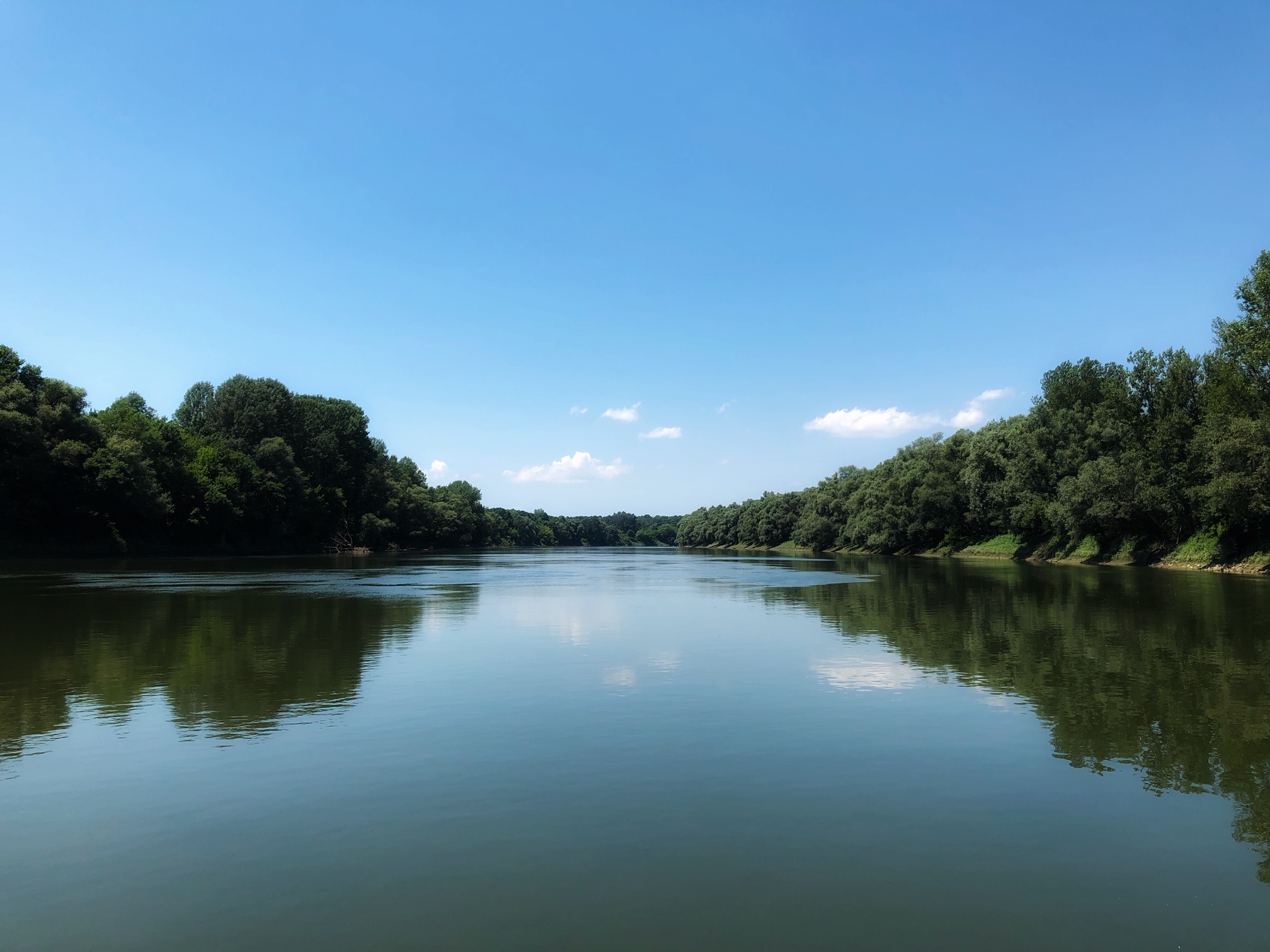 Lonjsko polje presents itself as one of those great destinations that one gets to discover at their own pace, without being sidetracked by that which is really irrelevant when the main focus is in fact – nature in all its splendour. As one of the biggest and most well preserved natural flood areas in Europe, Lonjsko Polje amply compensates for the lack of man-made attractions with its astonishing wealth of wildlife.

Throughout an area covering 506 km2, visitors have numerous opportunities to undistractedly enjoy the rich biodiversity: White-tailed and Lesser Spotted Eagles, Night Herons, Black and White Storks are amongst some 250 species of birds that can be observed flying through the skies or dipping their feet in the marshes; the native sturdy Posavina horses, grazing alongside cattle on the riverbanks are a regular sight; and, as one sails along the river taking in the lush green surroundings, beautiful blue dragonflies gracefully dance over the water surface, hunting for insects.

With four rivers flowing through the nature park – Sava, Trebež, Pakra and Ilova, one of the must-do activities is a boat ride along the meandering river landscapes, outlined by alternating stretches of willow and poplar trees and cattle-spotted sandbanks. 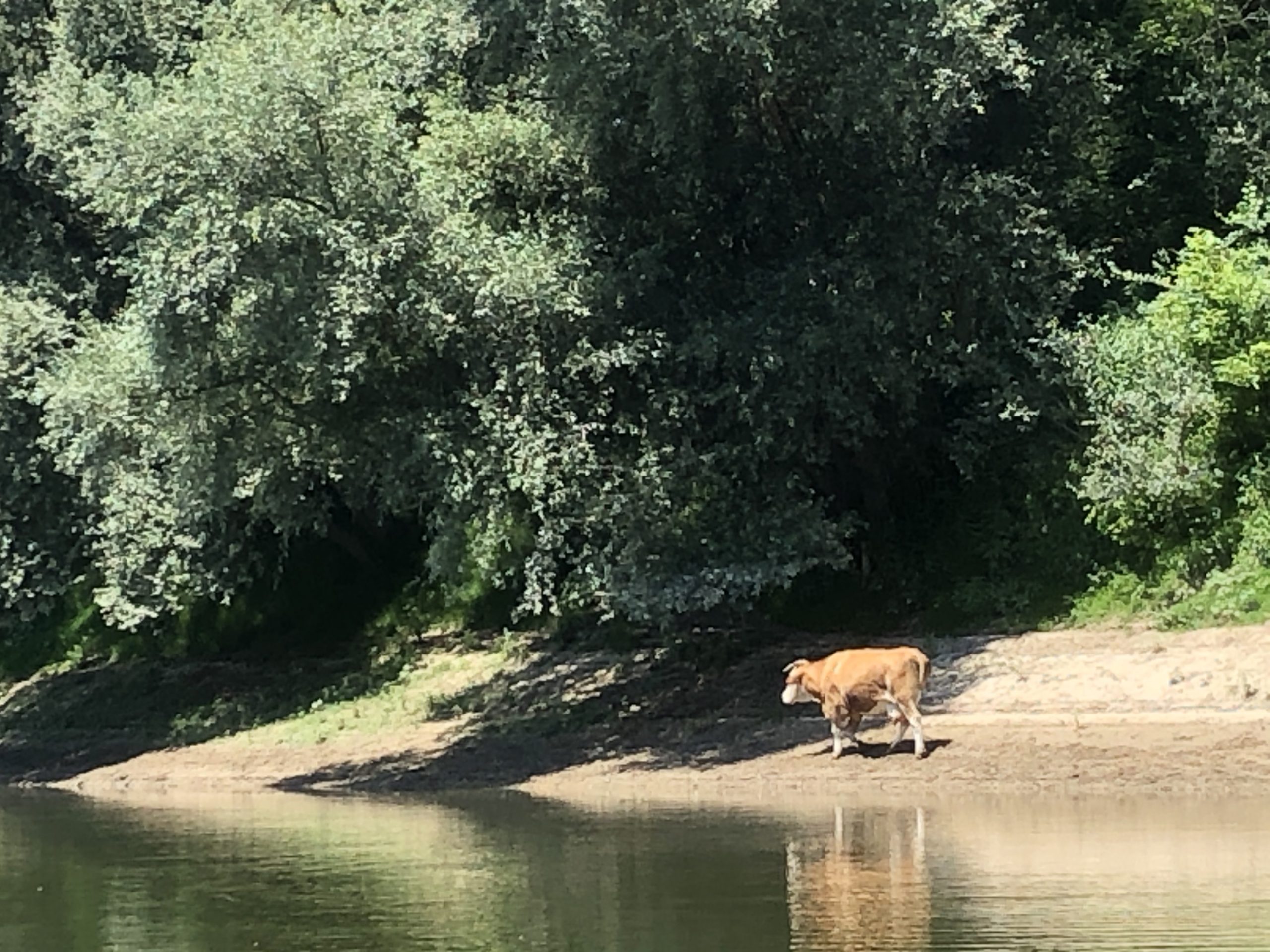 There are many types of vessels on offer: depending on the time of year and water levels, one can choose to either rent a canoe and explore the smaller canals and side-arms, cross the Sava river on a traditional raft, or take an educational round tour aboard the park’s solar-powered boat in order to learn more about this peculiar natural habitat. Either choice offers amazing photo opportunities and a chance to just relax and take in the wonderful sounds and scents of a thriving natural environment. 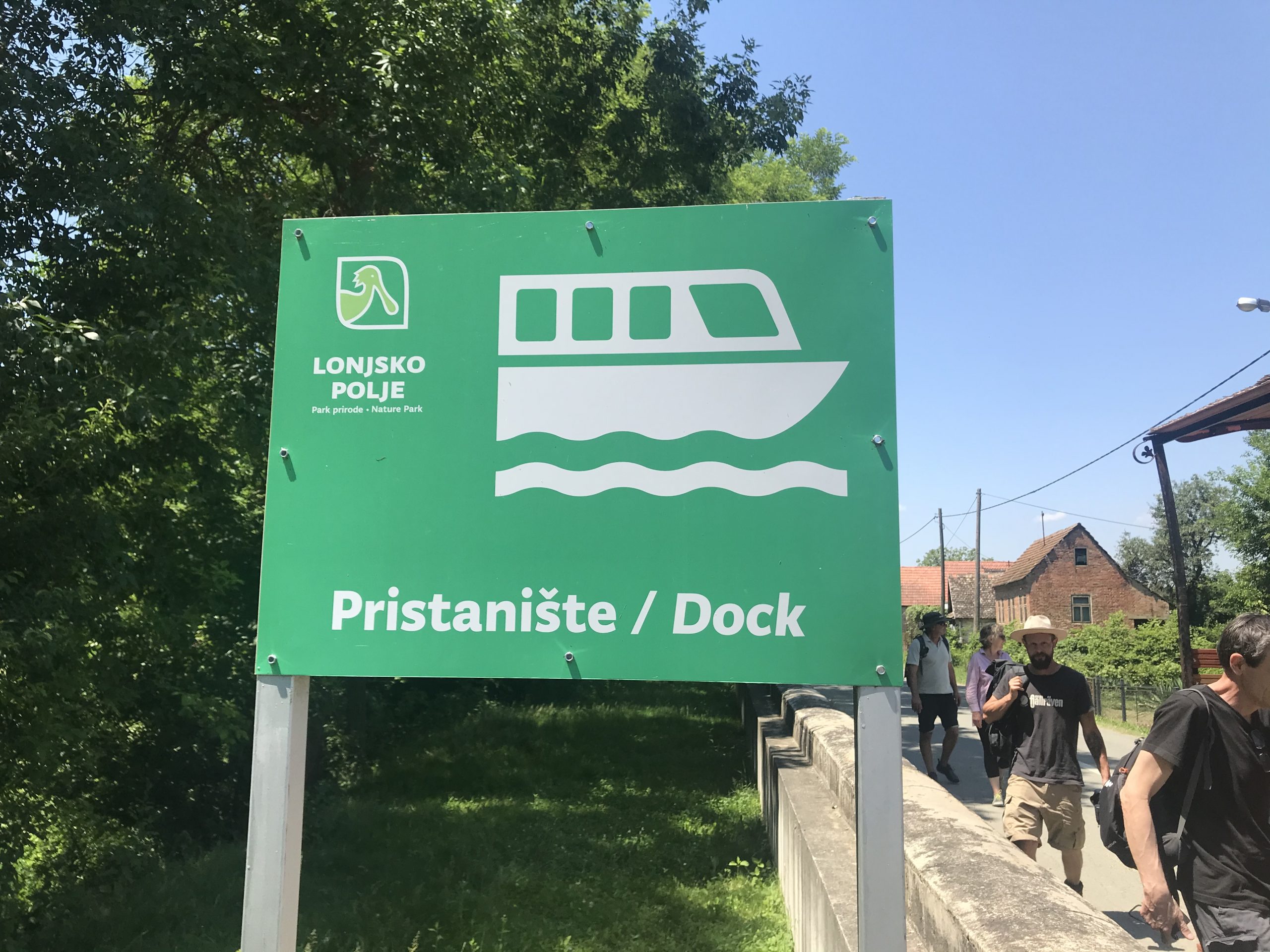 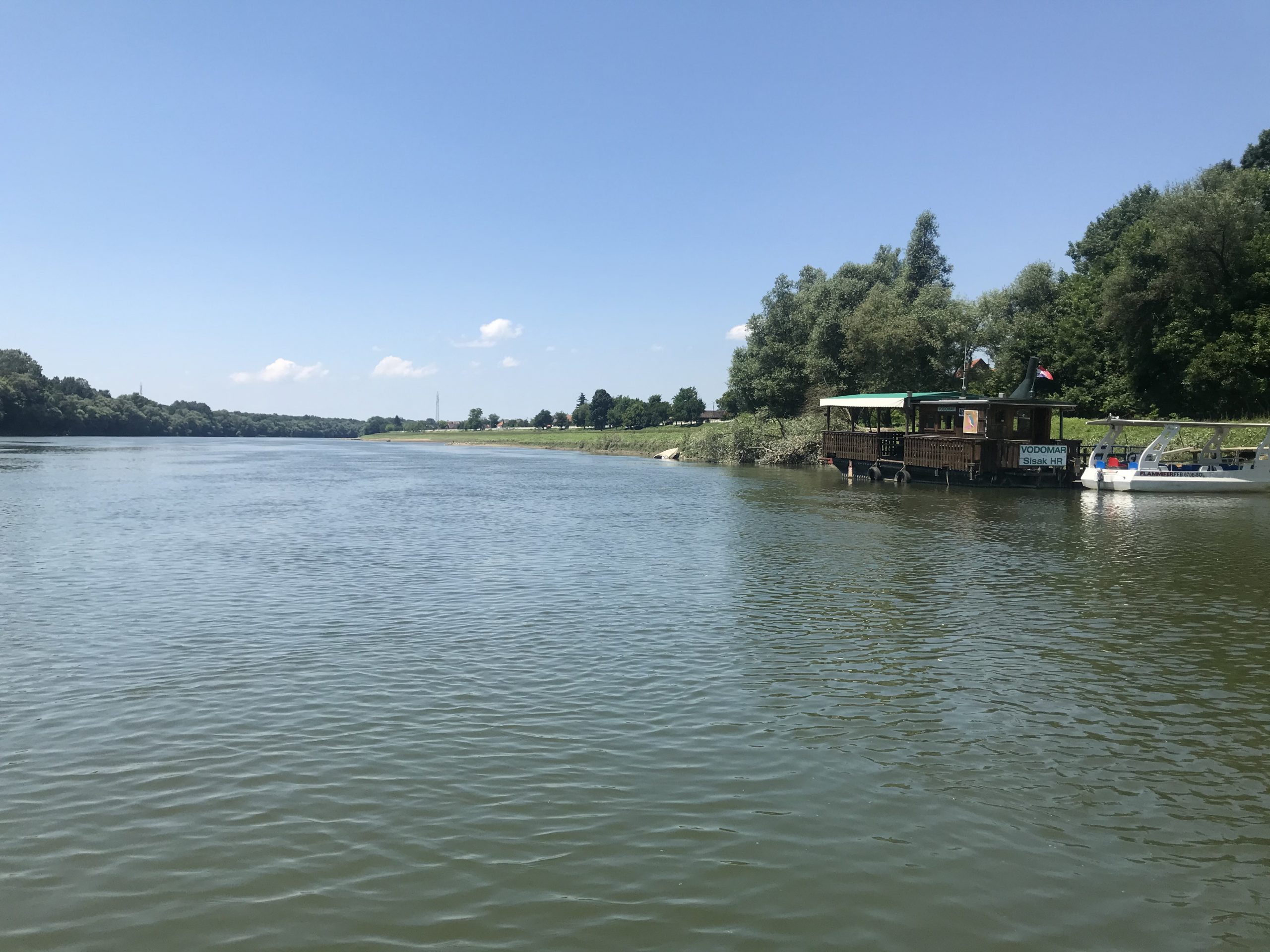 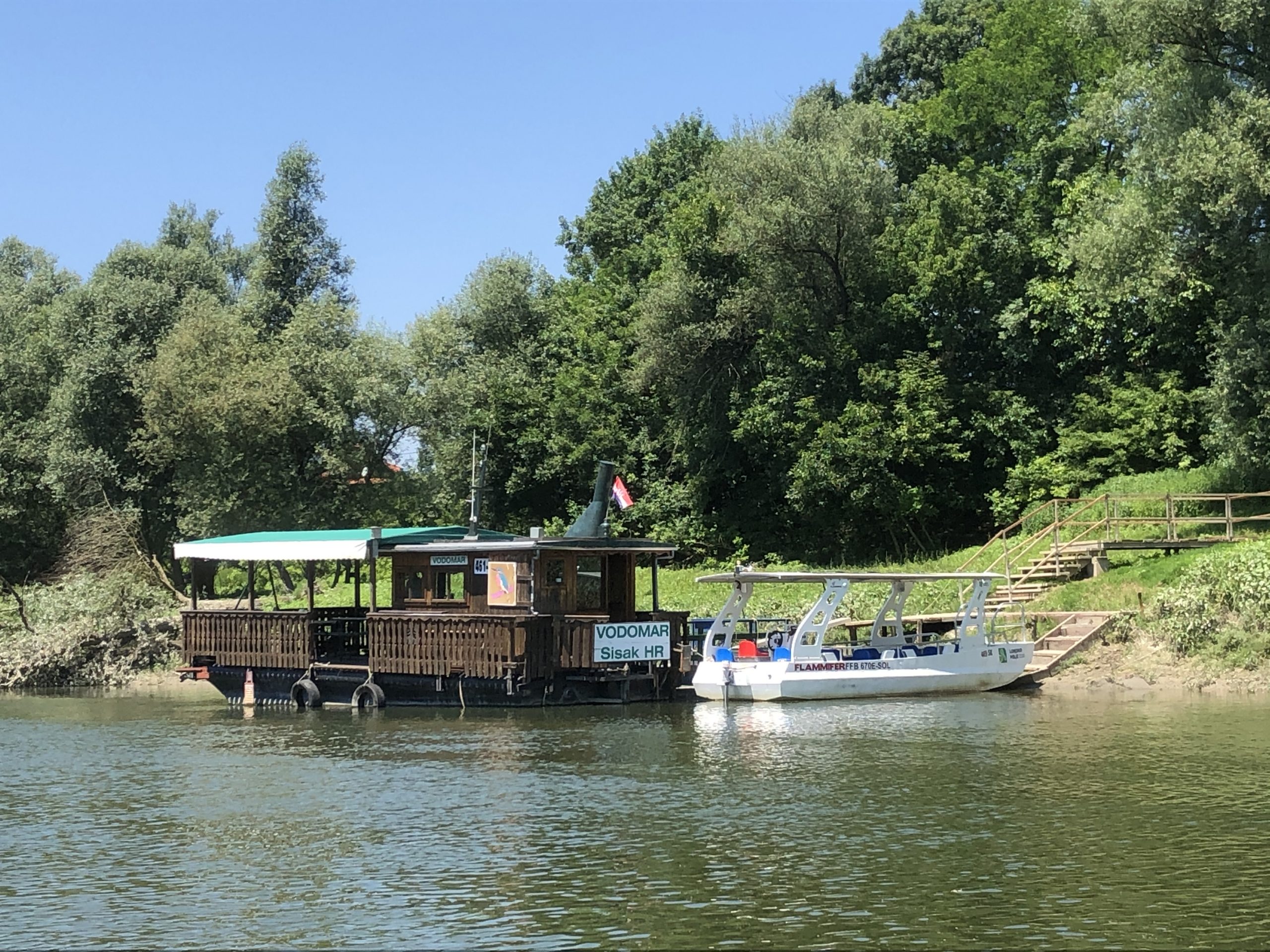 For bike enthusiasts, Lonjsko Polje is amongst Croatia’s best-kept secrets. With little changes in altitude, cyclists can spend days exploring the area on asphalt and gravel trails, as well as many forest paths. Cycling is also an ideal way to visit many of the park’s traditional villages along the 70 km route between Sisak and Jasenovac, including Europe’s first stork village – Čigoč, and Krapje, the only village in Croatia with the status of an architectural heritage village. 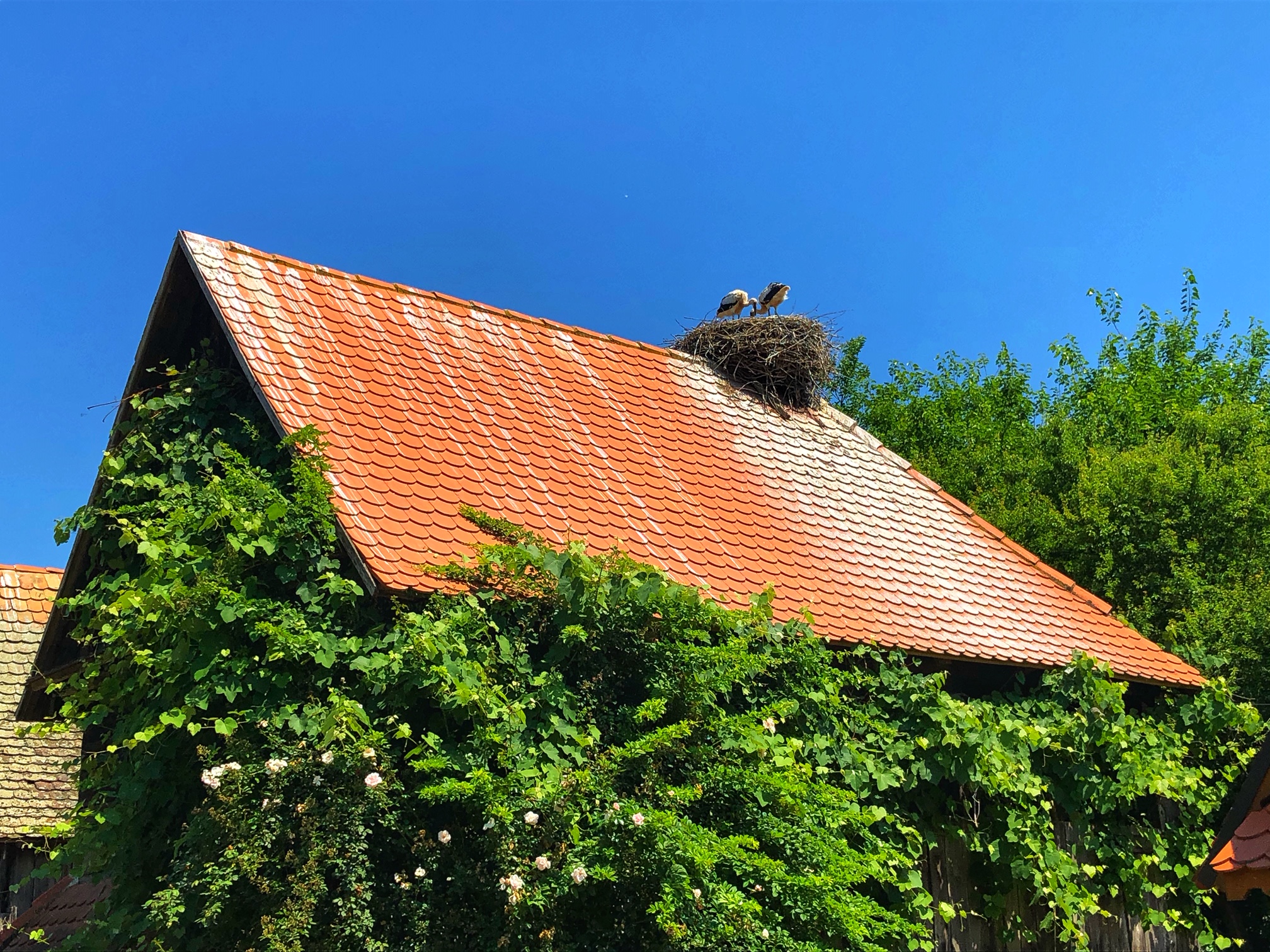 Storks on the roofs in Čigoč

Off-road paths lead through dense oak-tree forests, where in addition to the wildlife, one can observe the rare and autochthonous breed of the spotted Turopolje pigs freely roaming about. Both villages have visitor centres offering useful information on activities such as horseback riding, horse-drawn carriage and traditional wagon tours, hiking, bird watching, fishing, as well as bike rentals. 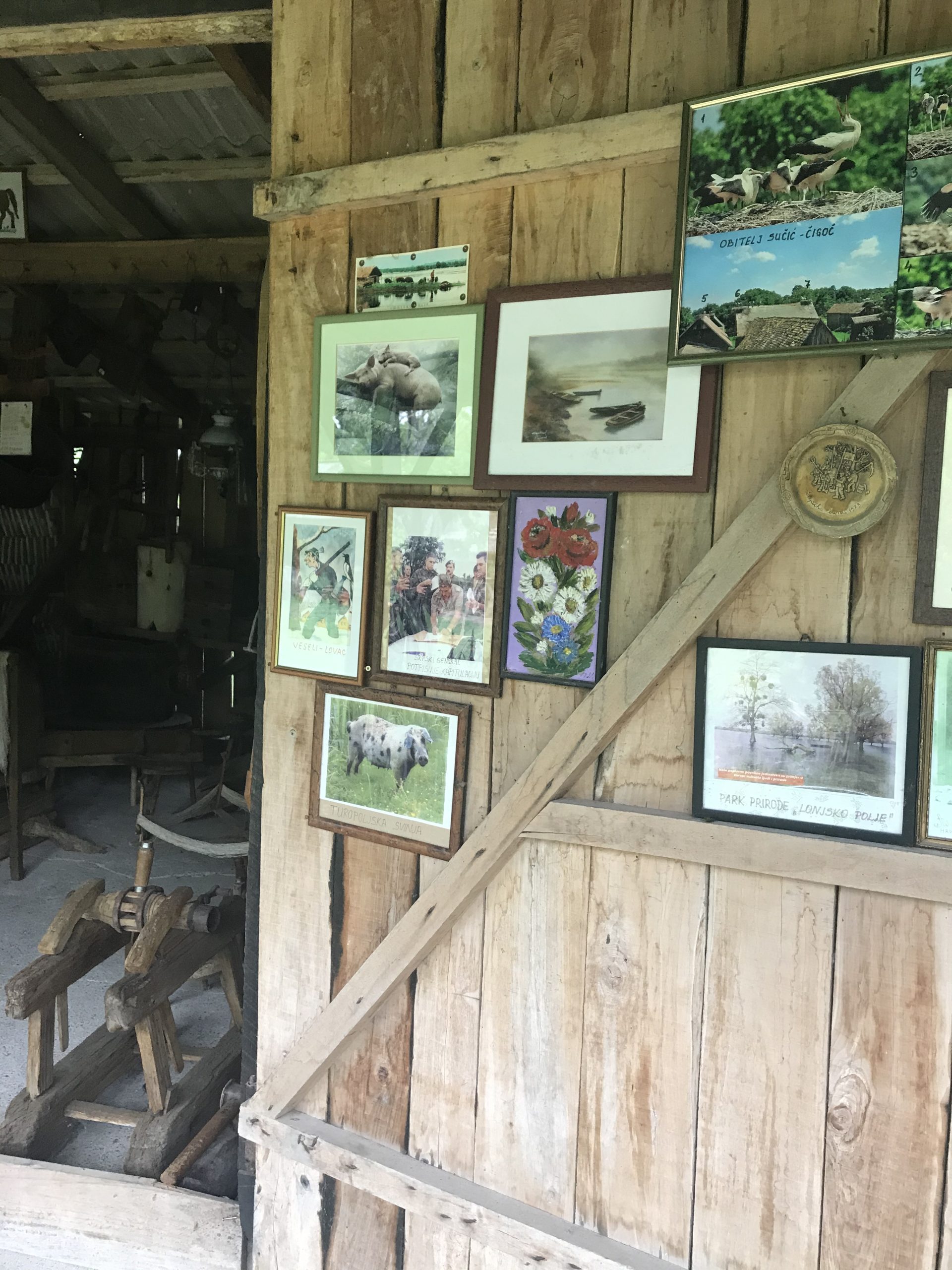 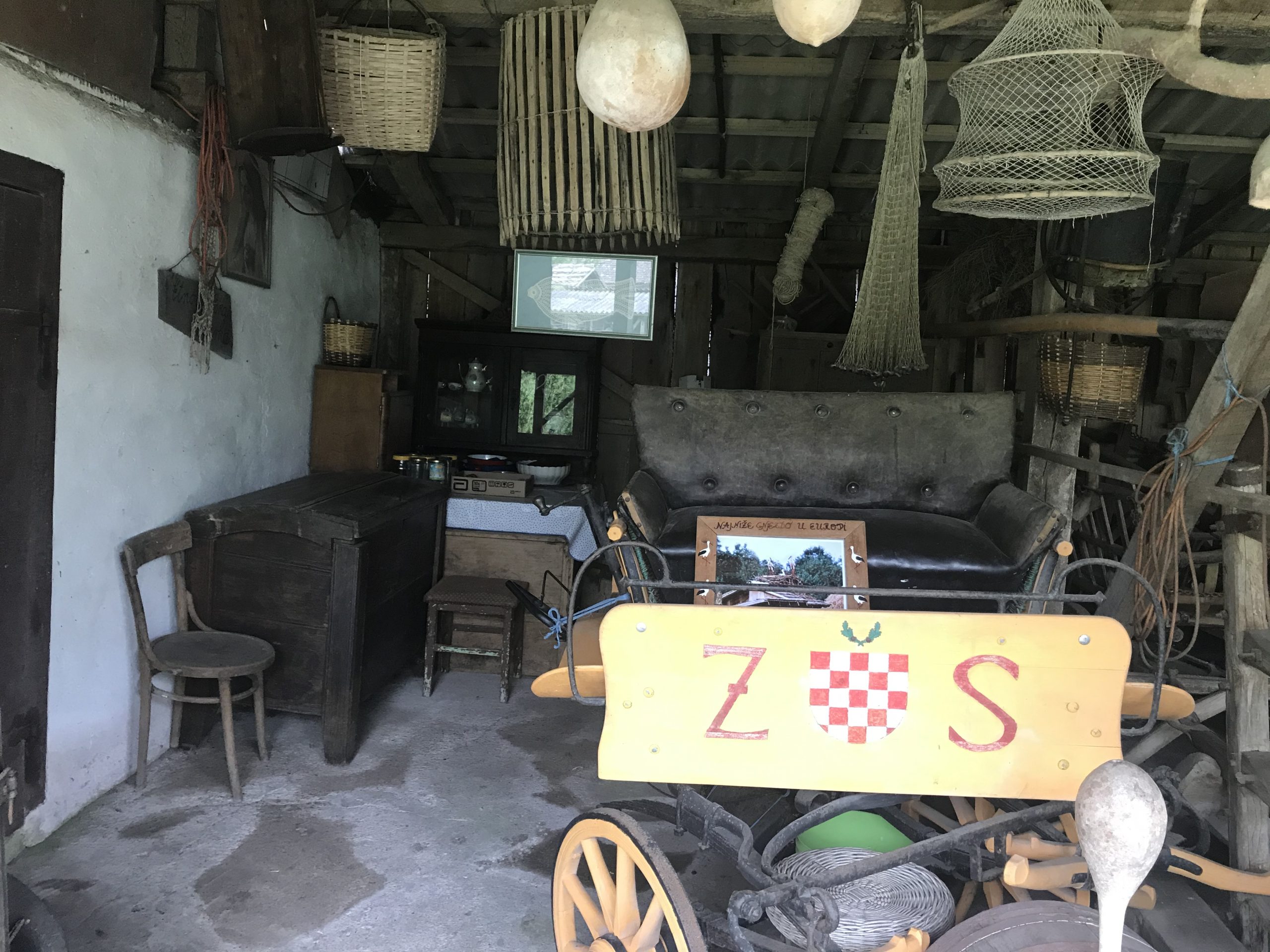 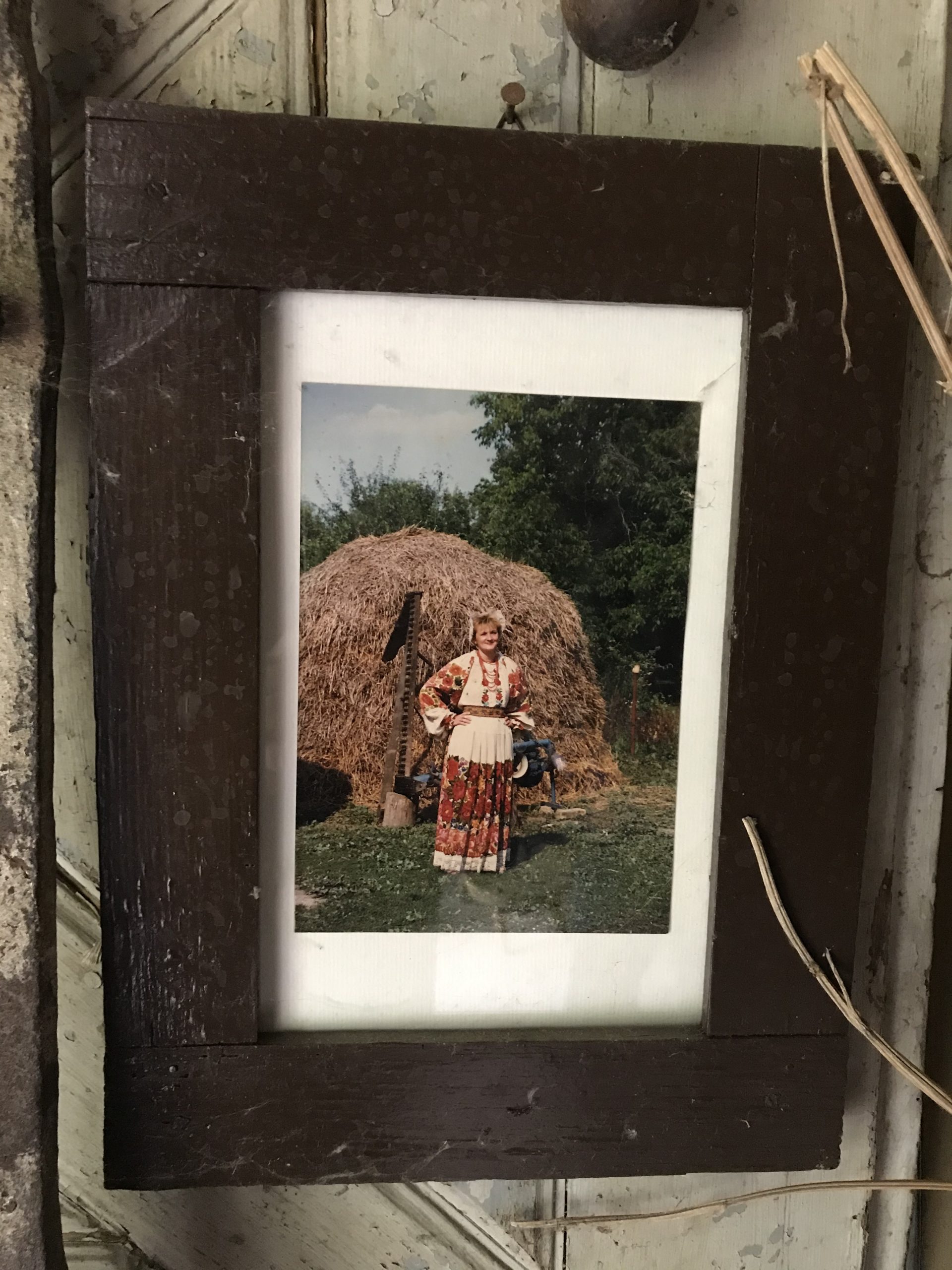 Although, as mentioned, the area offers only a modest amount of man-made attractions, there is one site, which is definitely worth a visit, even in its own right. Honouring the memory of the victims of fascist terror, the Jasenovac Memorial was erected at the site of the Jasenovac and Stara Gradiška concentration camps, which were operational between 1941-1945. 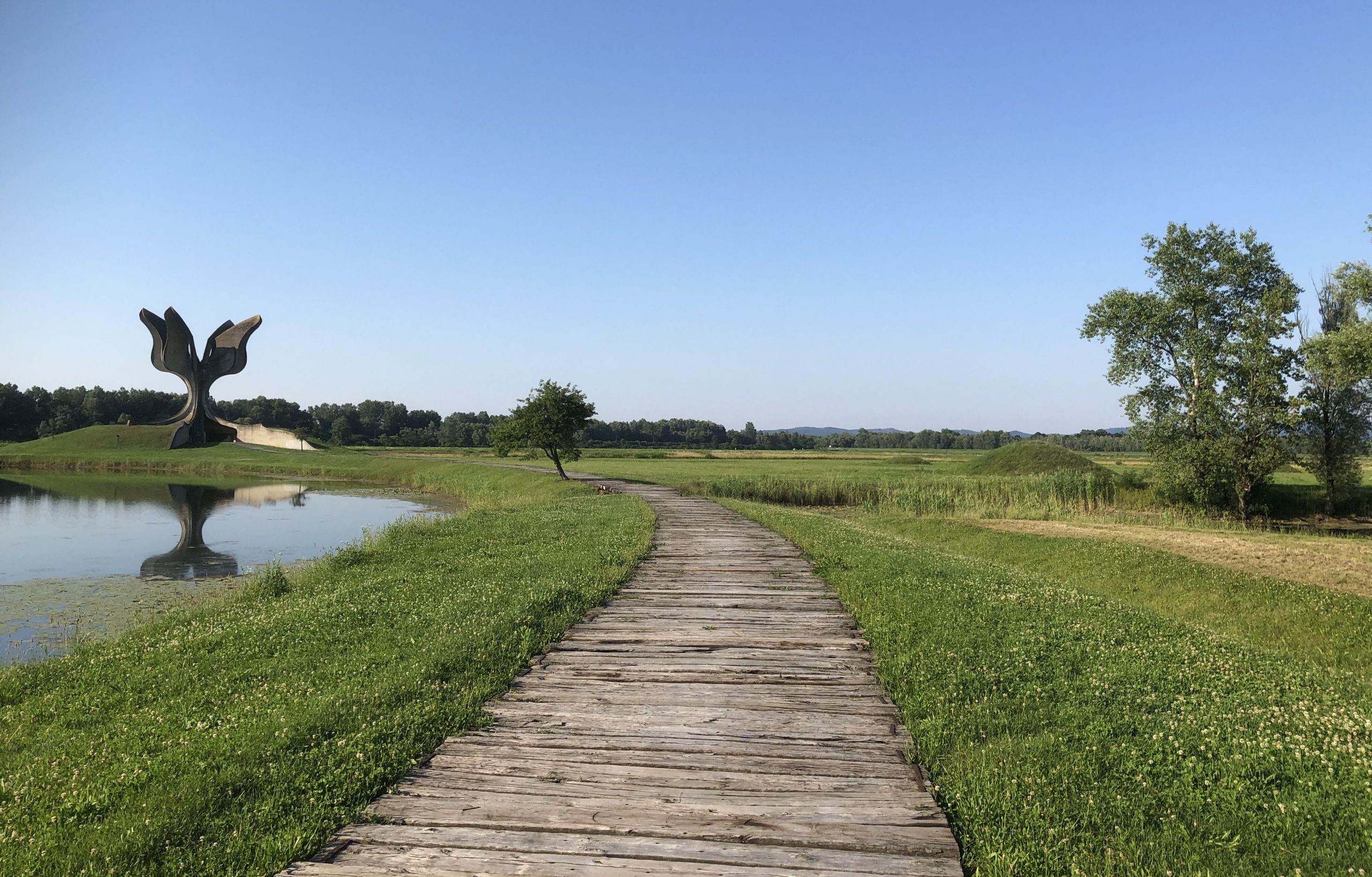 The highlight of the small museum’s otherwise limited exhibition is the impressive Relief Dedicated to the Victims of Fascism in Jasenovac, the work of one of Croatia’s most prolific sculptors Dušan Džamonja. It embellishes the wall of the museum’s patio, which opens up to a breathtaking view on the main memorial – an extraordinary concrete flower monument built by Bogdan Bogdanović, one of the finest examples of the Yugoslav brutalism. 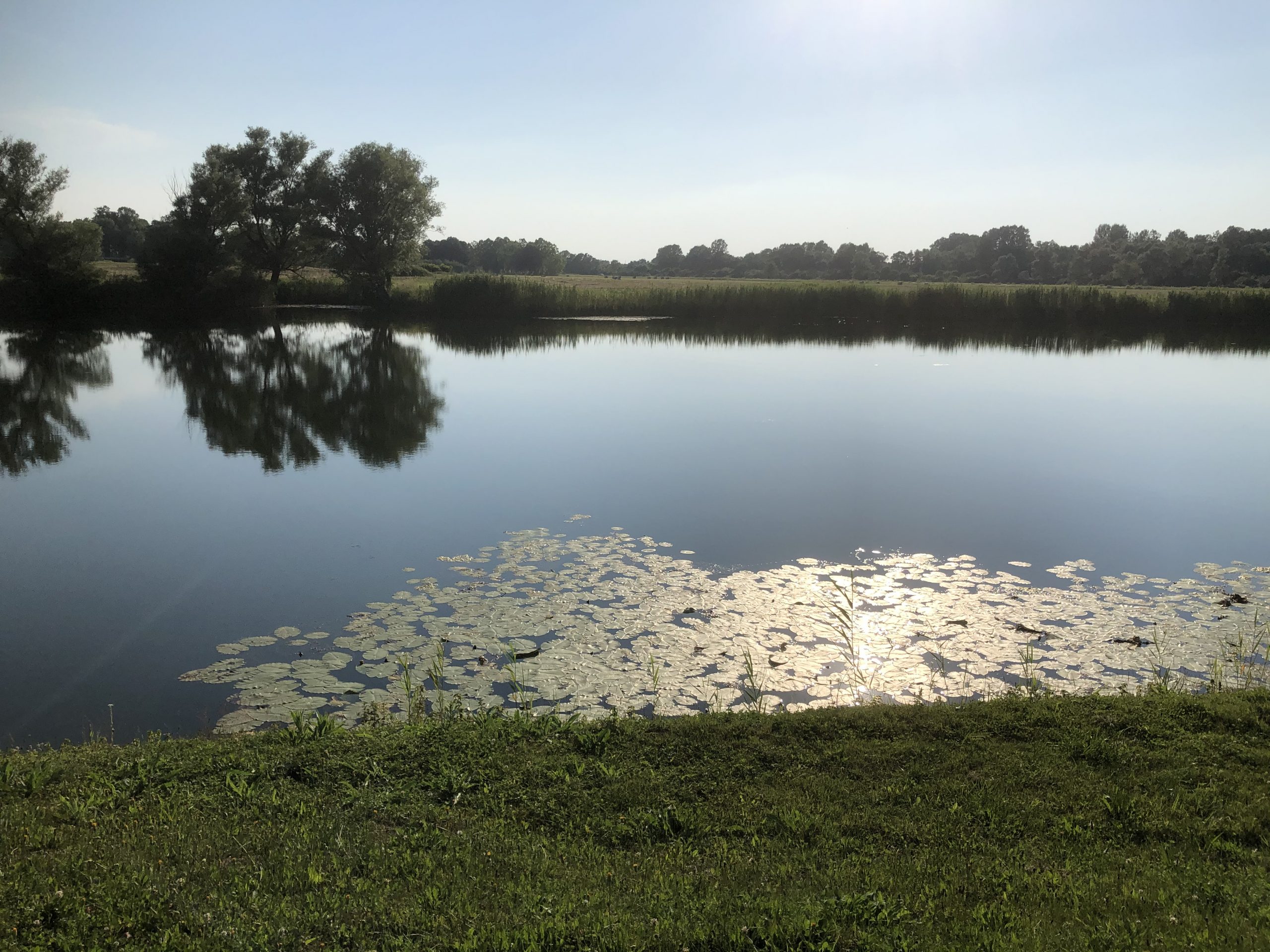 Even if history and concentration camp tours are not your thing, this spectacular Stone Flower monument and the way in which it simultaneously imposes on and complements the surrounding landscape are such a unique and awe-inspiring expression of post-war modernist architecture that it is no wonder it was prominently featured in MOMA’s Toward a Concrete Utopia exhibition. 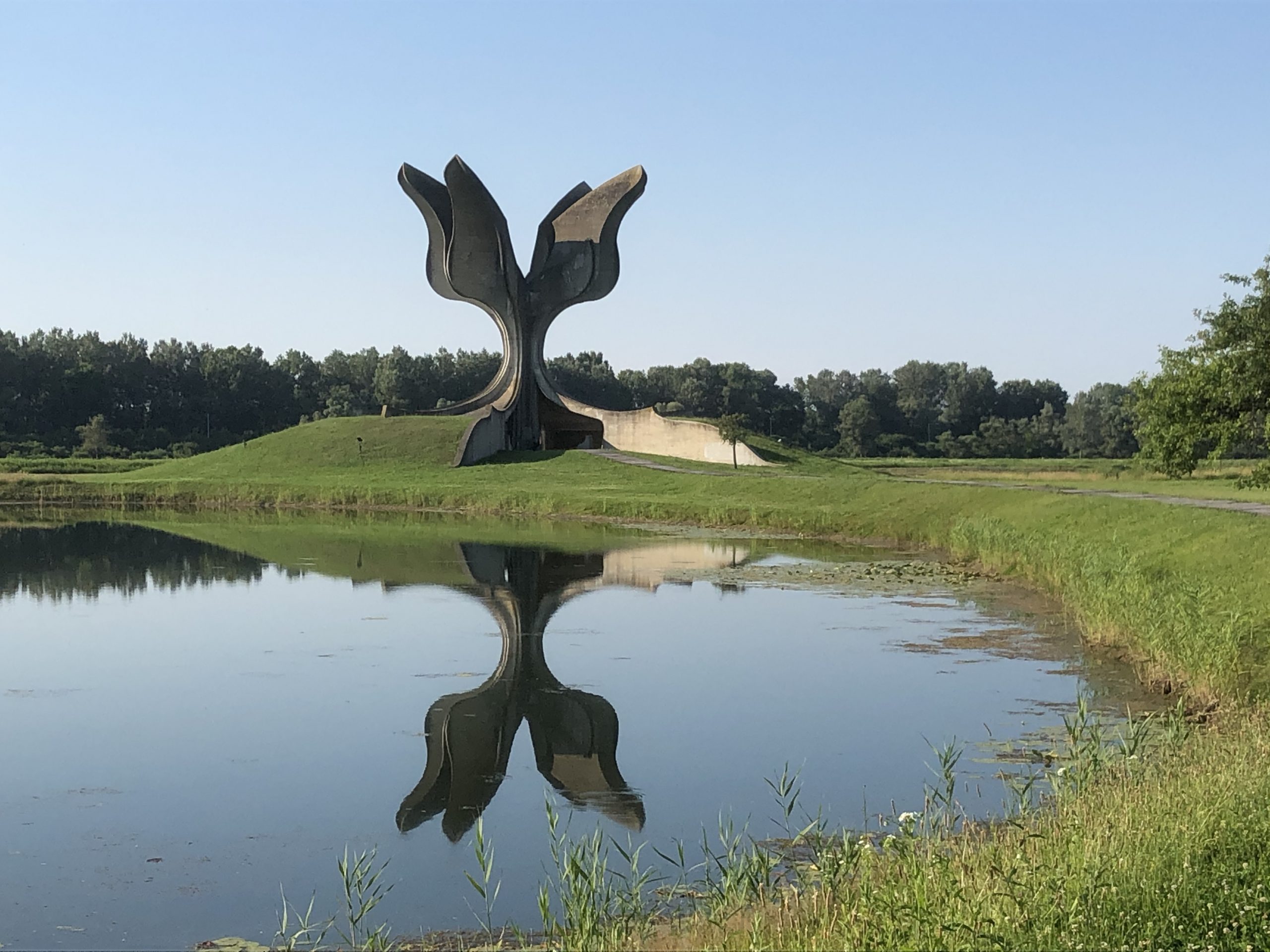 Lonjsko Polje is a shy reminder that Europe still hosts places that have managed to preserve the balance of human activity and a thriving natural environment.  The low population density hindered large-scale industrial development and, consequently, the devastation of a beautiful natural environment.

This is why nowadays, Lonjsko Polje makes for an excellent destination for all species alike. Whether this means traversing thousands of km by air or only a few dozen by car…