Home » News » VIDEO: 1,000 shoes collected on the beaches of Hvar being exhibited in Split 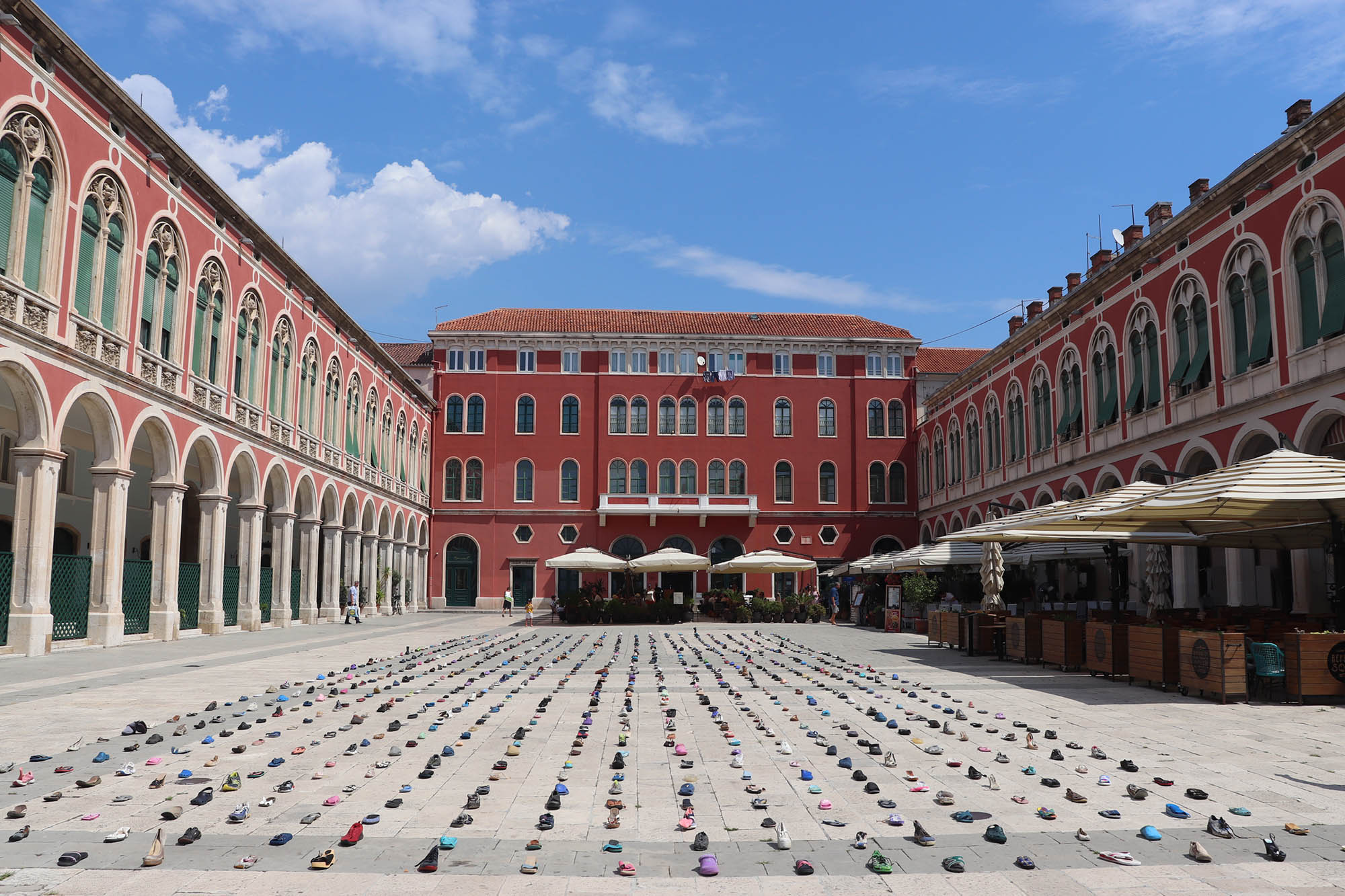 SPLIT, 1 August 2020 – The 1000 Pepeljuga (1000 Cinderella) installation by artist Mark Boellaard is now on display in the city of Split.

The installation consists of an impressive collection of footwear washed up by the sea and collected over the past two years in the winter months on the beaches of the island of Hvar.

After being exhibited on the main square on the island of Hvar back in March, the travelling installation has moved to Split and from today is displayed at Prokurative, just west of the Riva. 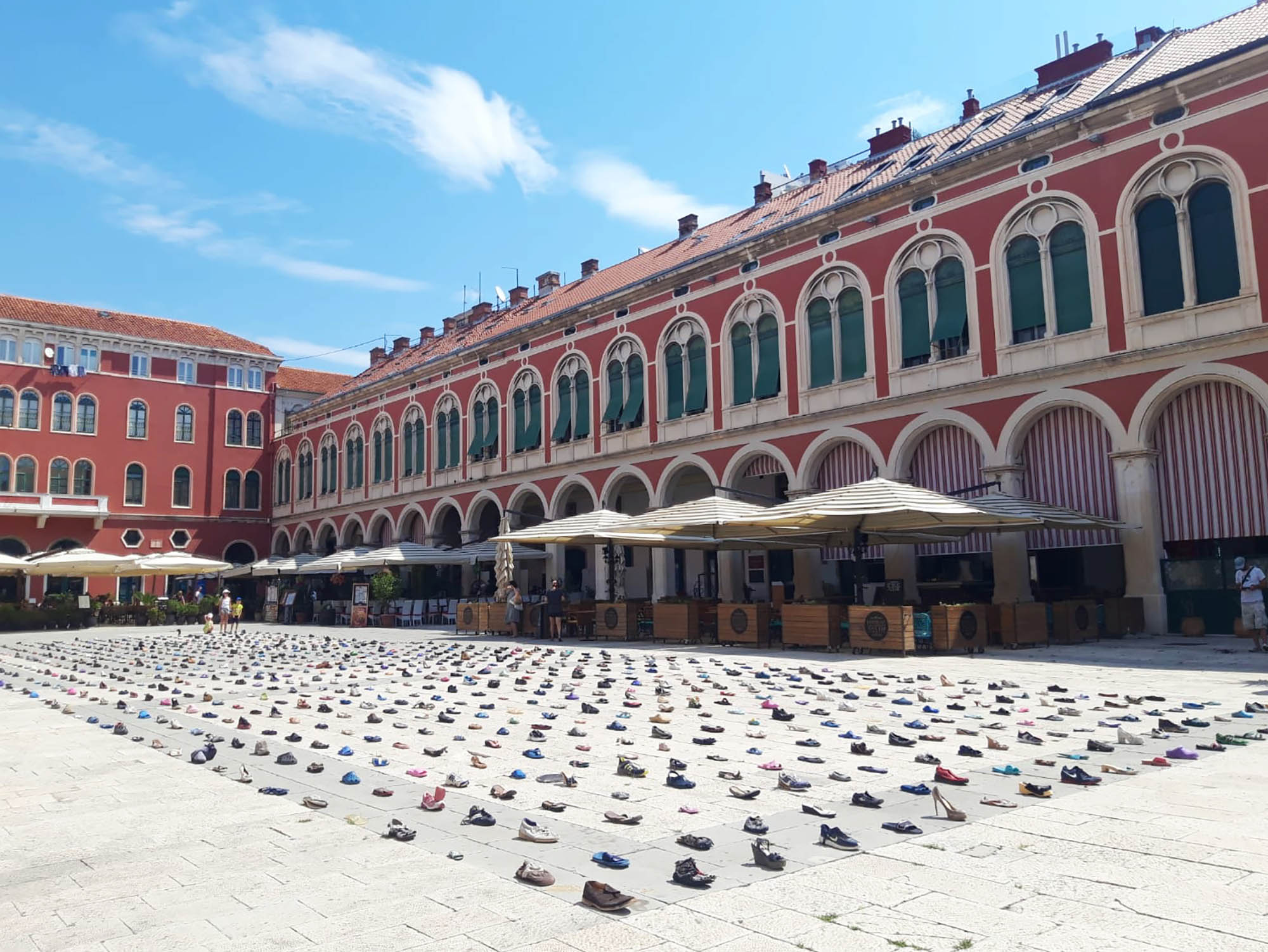 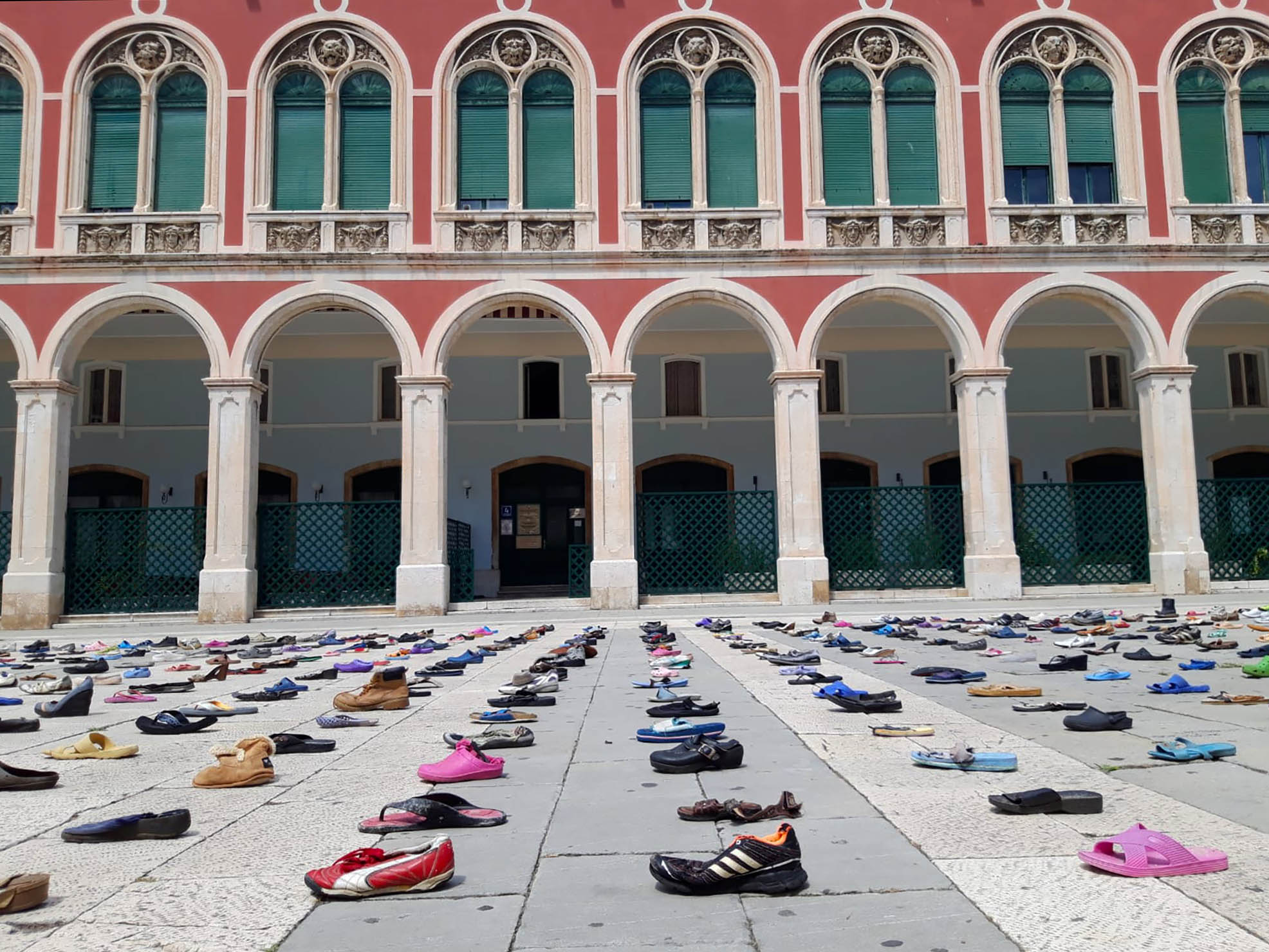 Neatly arranged next to each other, the shoes found create a strong emotional and visual message, but they also tell 1000 stories. Children’s sandals, grandmother’s slippers, dizzying high heels, sneakers, leather boots, cheap flip-flops of various colours and in various stages of disintegration floated through the Adriatic from who knows where to end up on Hvar. 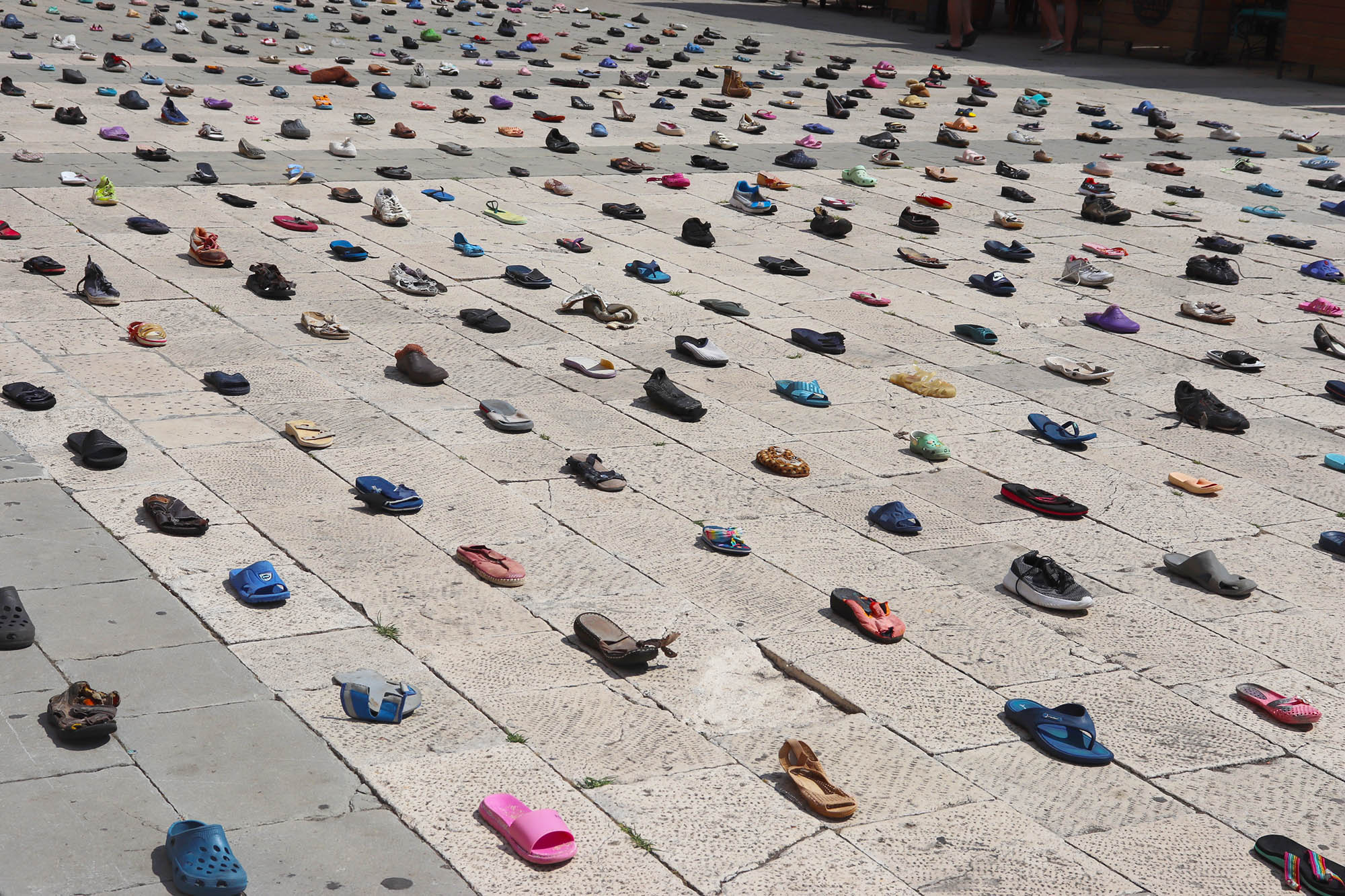 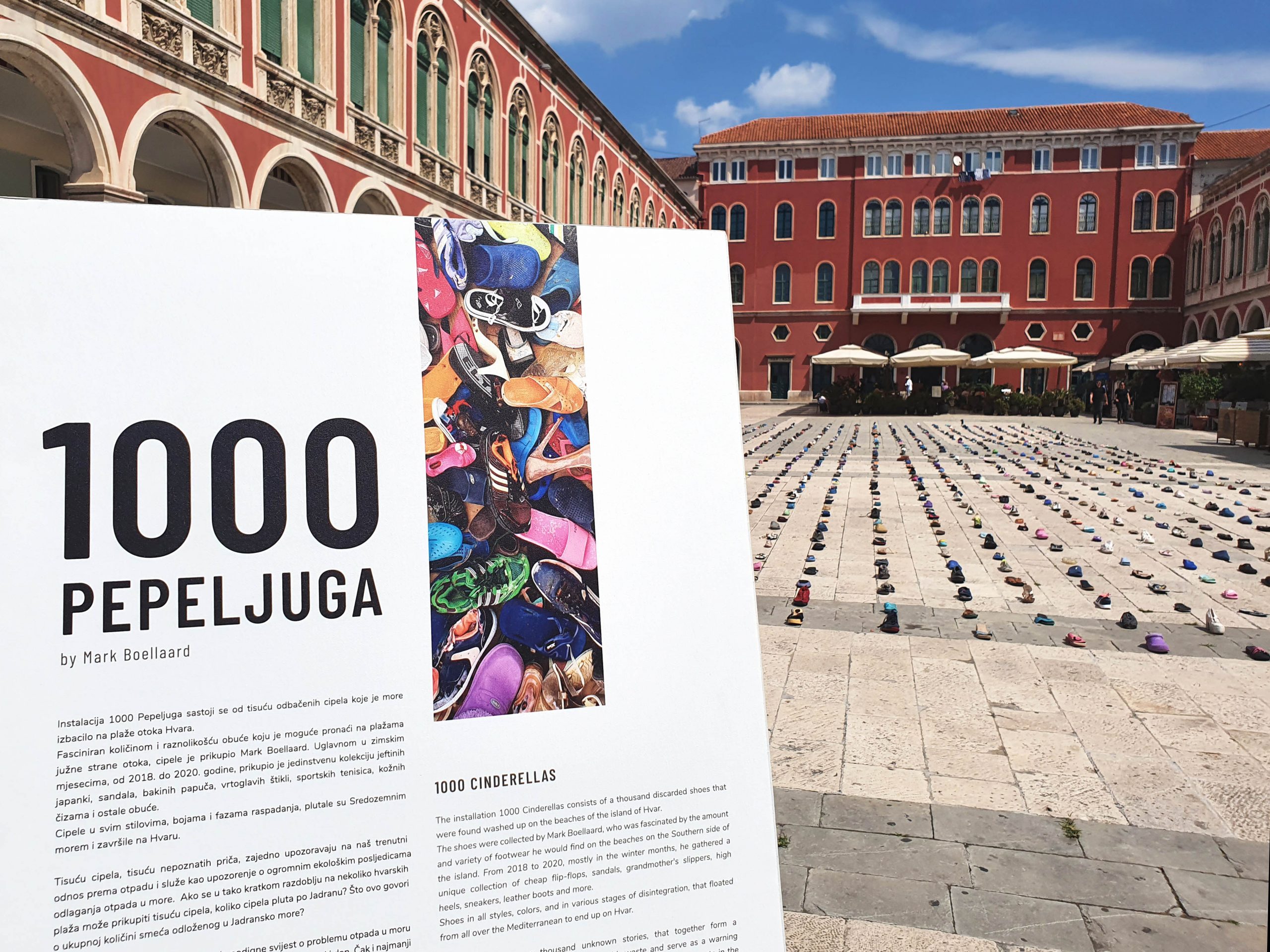 Where and when were they purchased? Who wore them? Why were they rejected? How did they end up in the sea? It’s endlessly fun to come up with answers to questions as you walk through this unique collection. Yet the message calls us to change.

The author of the installation is Mark Boellaard, a Dutch artist who has been living on Hvar since 2012. At the core of his idea, Boellaard has an ethic of recycling and restoring the value of waste. 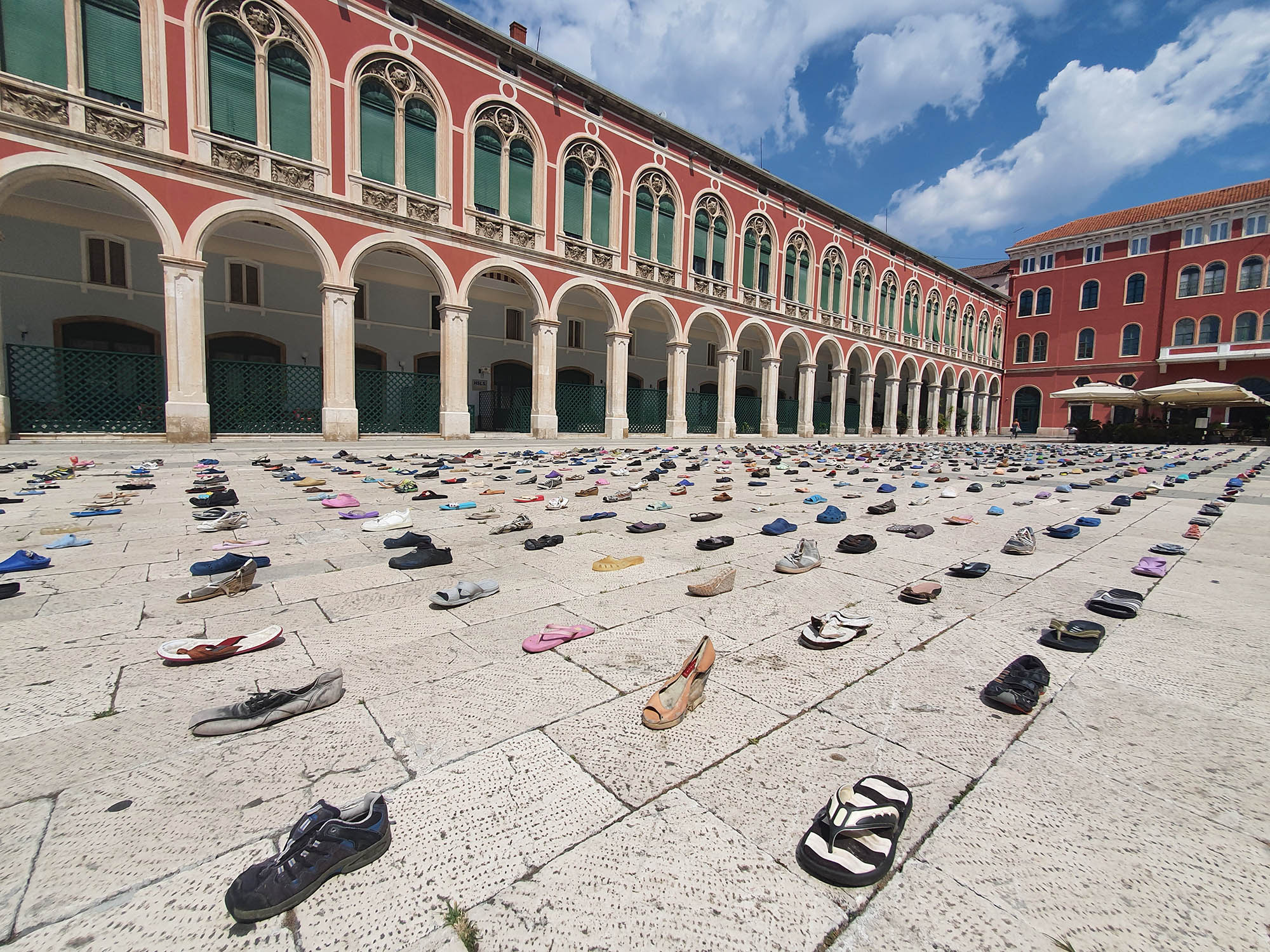 The travelling installation will head to Šibenik on the Dalmatian coast next on 22 August.

Video from Split below.