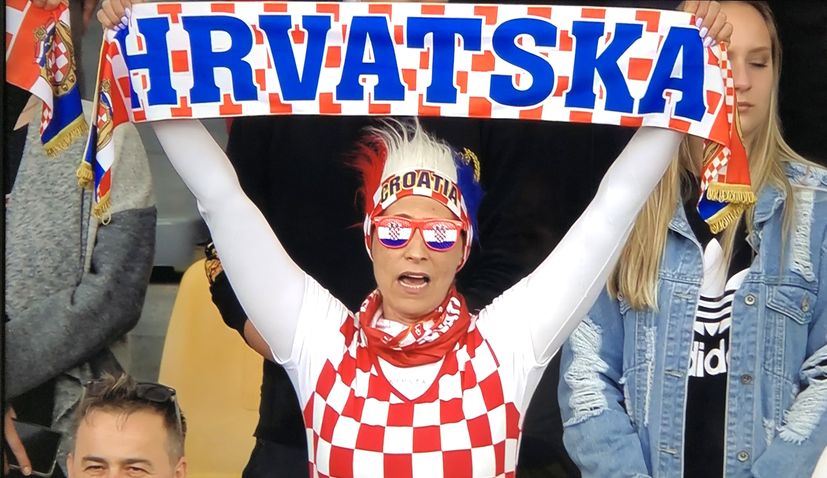 Croatia takes on England this afternoon in their opening Euro 2020 match at Wembley in London.

England will be looking to avenge the loss in the semi-final of the 2018 World Cup in Russia, whilst Croatia will be seeking another historic win at Wembley stadium.

The only time Croatia has beaten England at Wembley was back in November 2007 when Mladen Petrić scored the winner in the 3-2 victory which knocked England out of qualifying for Euro 2008.

A number of Croatian supporters’ songs from the last 20 years will be belted out today all over Croatia as the countdown to the match starts.

We take a look at the TOP 5 Croatian supporters’ songs of all time.

This tune has become the unofficial anthem of the Croatian national team and is played before and after home games on the stadium speakers. It was selected as the official fans song at the UEFA Euro 2016 in France.

Zaprešić Boys’ 2018 World Cup anthem was a major hit and the song gathered momentum as Croatia advanced in the tournament. It is still a big favourite this year and has had over 21 million views soon YouTube.

This was the famous tune produced for Croatia’s World Cup 2006 campaign in Germany.

This song was the supporters’ unofficial anthem for Euro 2008.

This song was born during Croatia’s bronze medal run at the FIFA World Cup in France in 1998 and has remained popular for nearly 20 years.

Another anthem from the Zaprešić boys. Neopisivo was launched just before the 2014 World Cup.