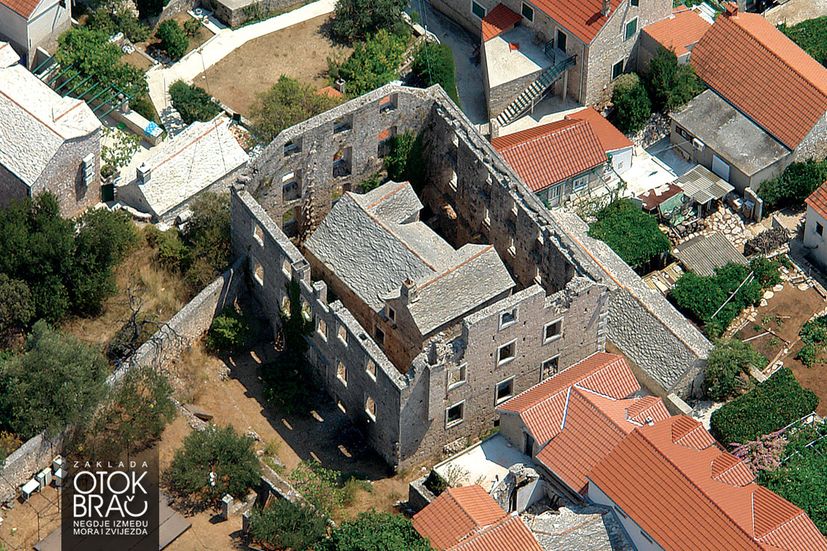 The ‘House in a House’ on Brač (Photo credit: Zaklada Otok Brač)

Bol on the Croatian island of Brač is most famous among tourists for its ‘unique-shaped’ Zlatni rat beach with thousands of tourists flocking there every summer to check it out.

A lesser-known attraction however in Bol is the unusual ‘house in a house’. The ‘house in a house’ is exactly what is says on the tin. It is a small house which has been built inside the remains of a much larger house.

The smaller house was once inhabited by an elderly couple but today it is vacant and the site remains as a tourist attraction. Only the larger house can be seen when walking up to the site from the street, but an aerial view of the property reveals a rather unique site.

How did the house inside the house come about? As legend goes it all started with a land dispute.

A long time ago a man named Marko resided in the small house in Bol. A large piece of land behind Marko’s house was owned by the wealthy Vuković family. The family consisted of 6 brothers – 3 priests and 3 sea captains who owned a large ship.

The captains all sailed to Spain and eventually would get married there. They decided that they would build a large palace called ‘Paloc’ in Bol for all their families.

The small house stood in their way of their lavish plans but Marko would not sell his house. Negotiations turned ugly and led to a massive dispute.

The wealthy Vuković family had connections with the town mayor at the time and after he failed to ‘convince’ Marko to sell, force was used. Marko was eventually jailed but managed to escape to the Republic of Dubrovnik at the time.

When Marko left, the Vuković family started to build their house by constructing walls around Marko’s house. 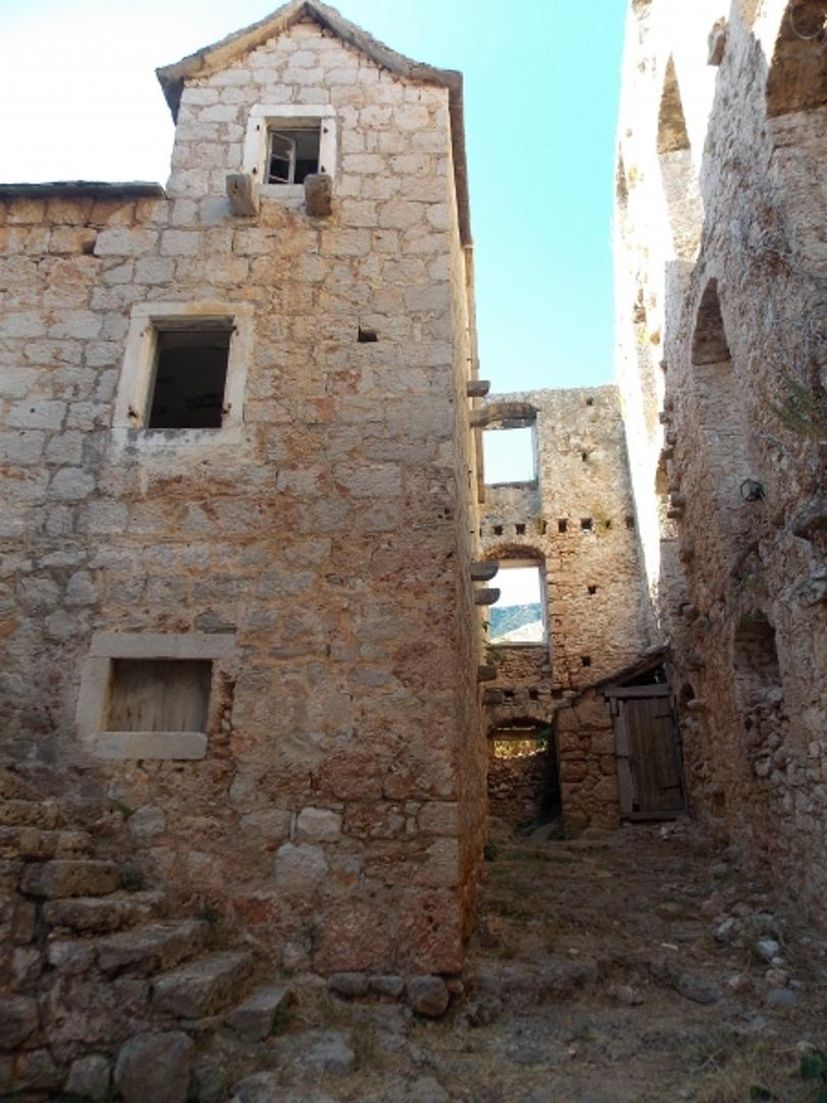 Marko heard about what was going on and purchased 4 barrels of gunpowder before returning to Bol to plan to blow the new place up with a group of his friends. His plans to blow the place up was foiled one night whilst he was digging holes to put the gunpowder in.

Marko was forced to leave Bol again and to find a new refuge.

The Vuković mansion started to take shape. When they required materials for the roof they took their ship to Venice to source them. The ship got into trouble on the trip with all three brothers drowning.

Because none of the brothers had children the family eventually died out and the house was left. Marko returned to Bol and moved back to live in his house.

After Marko’s death one of his nephews moved in but now the house is vacant.

The ‘House in a House’ on Brač (Photo credit: Zaklada Otok Brač)

Today visitors can check out the house in a house at the address: Donja obala 10, Bol.