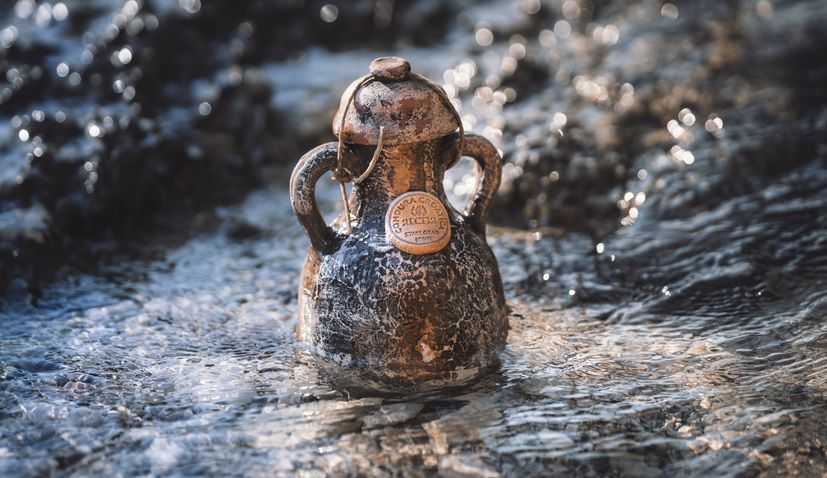 OPG Plenković, owned by Ljupče and Magdalena, was opened almost three years ago, and its products have already won the best awards in major cities around the world.

Their extra virgin olive oils, called “Atena Hvar”, according to the legend that the Greek goddess Athena gave her people olives, are more than just an oil. The products, both in taste and appearance of the packaging, have turned into a top gastronomic Hvar souvenir that the owners are happy to ‘give to the people’, just like Athena. 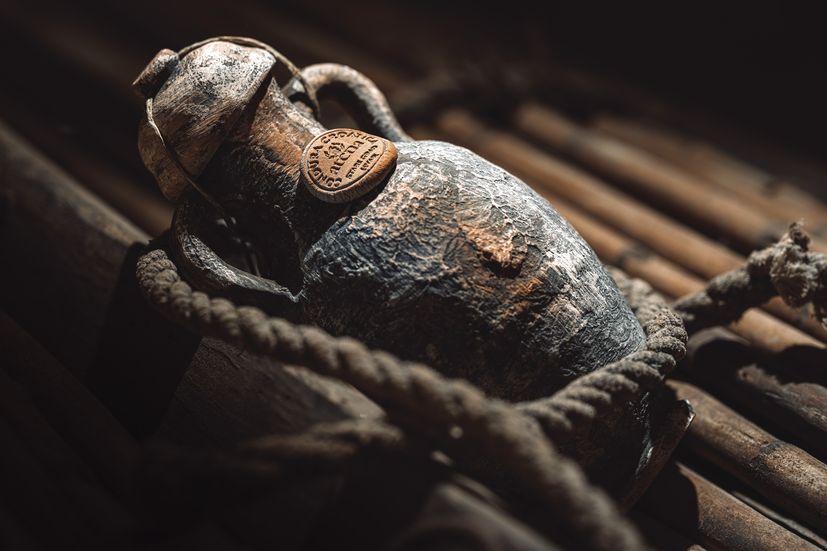 “Once upon a time, the ancient Greeks also packed oil in amphorae, so in our thoughts we decided to keep the fruit of our work in ceramic bottles, which look like the Greek ones. Yes, this protects the oil from external influences, but it also offers a souvenir in the original packaging”, said Magdalena. 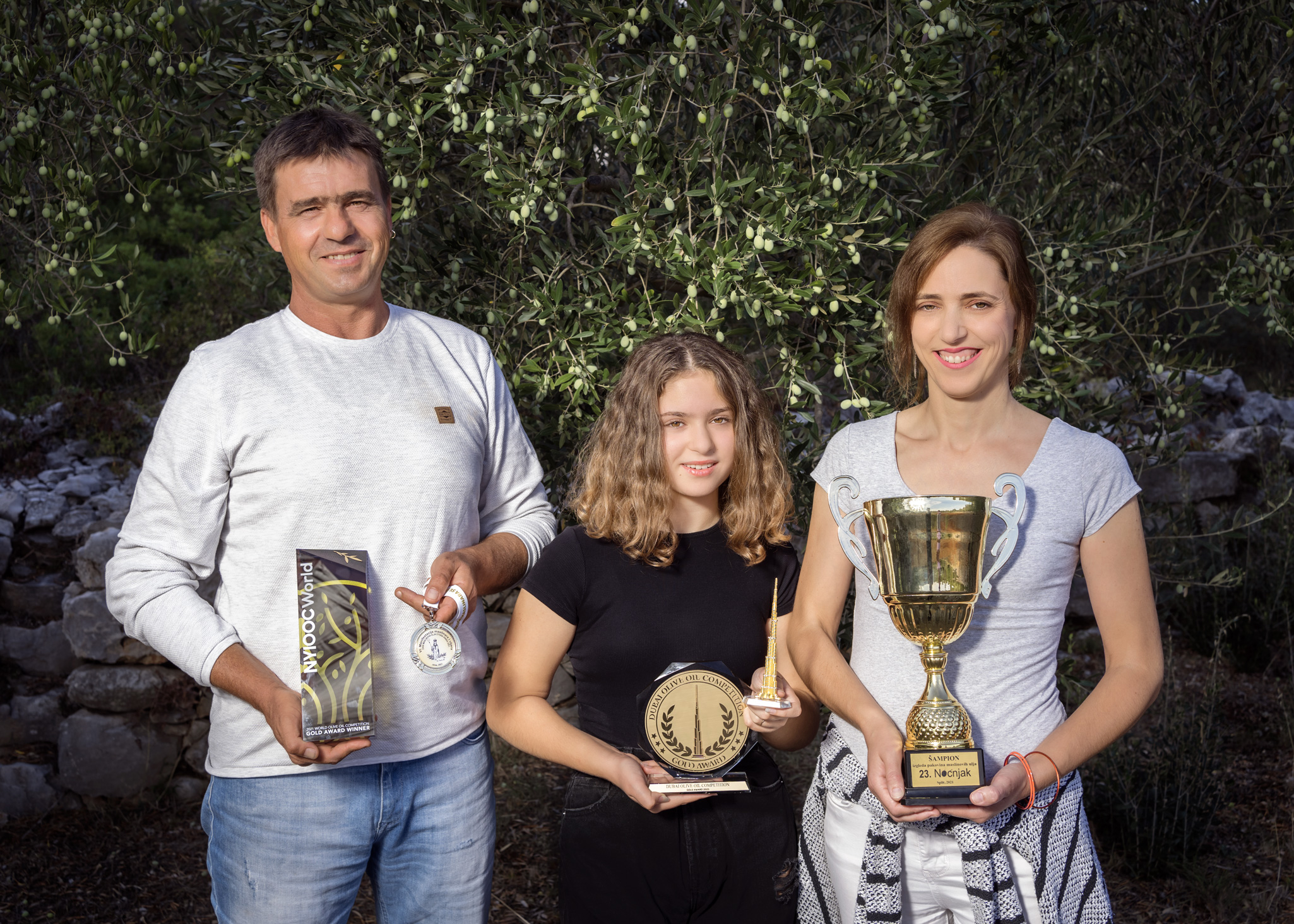 They started their production with 70 trees, and now there are about 900 of autochthonous varieties of ‘oblica’ and ‘lastovka’, and they are expanding their production to varieties of Spanish and Italian ones. Olive oils “Atena Premium” and “Atena Slavač” have won multiple awards not only in Croatia at Noćnjak, but also in New York and at the World Olive Oil Competition in Dubai.

What sets OPG apart from its competition is its new product “Condura Croatica” – olive oil with marine plankton extract.

The oil was created through the cooperation of the family farm, chef Zirojević and Dr. Žanetić, head of the panel for sensory evaluation of virgin olive oils and is the only one to be found in Croatia, and in the world it can only be found in Spain. 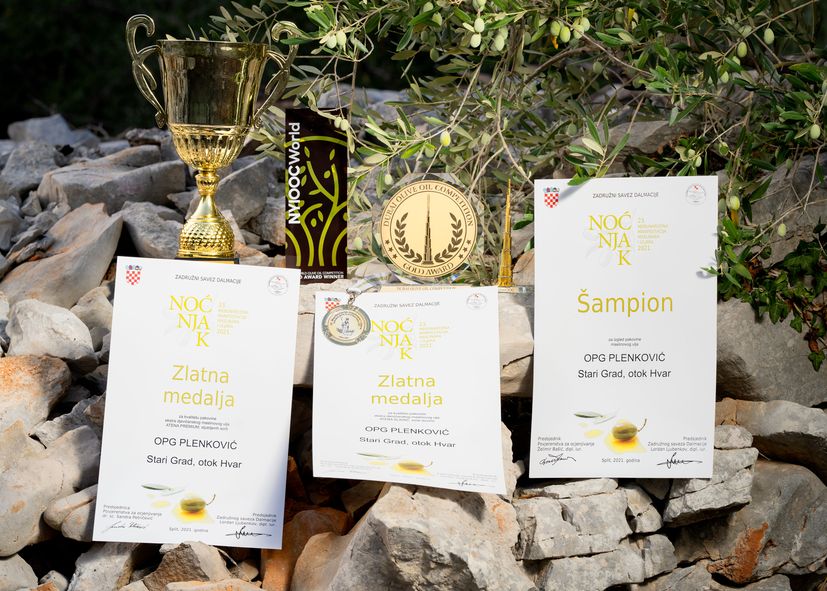 Its name is not accidental either. It was created according to ‘konduras’, ships of an old Croatian merchant boat that carried amphorae with wine and oil in the lower deck. That is why this oil is packaged in the original packaging of ceramic amphorae and, like just ‘konduras’, is distributed by sea around the world.

In addition to prestigious awards, the oil has also won over gastronomic experts. Thus, doc.dr.sc. Mirella Žanetić from the Institute of Adriatic Cultures called it the oil for refined palates and connoisseurs who expect excellence from this product, and dr.sc. Jelena Ivanišević from the Institute of Ethnology called it table oil in the best sense, one that will emphasize and round off the taste of everything that touches.

The story about this family farm started after a medical diagnosis, after which the recommendation was to think about the future, which the owners did and they definitely succeeded in that. Pure nature, focus and willpower have obviously paid off, and this family and gastronomic-traditional story has just begun. 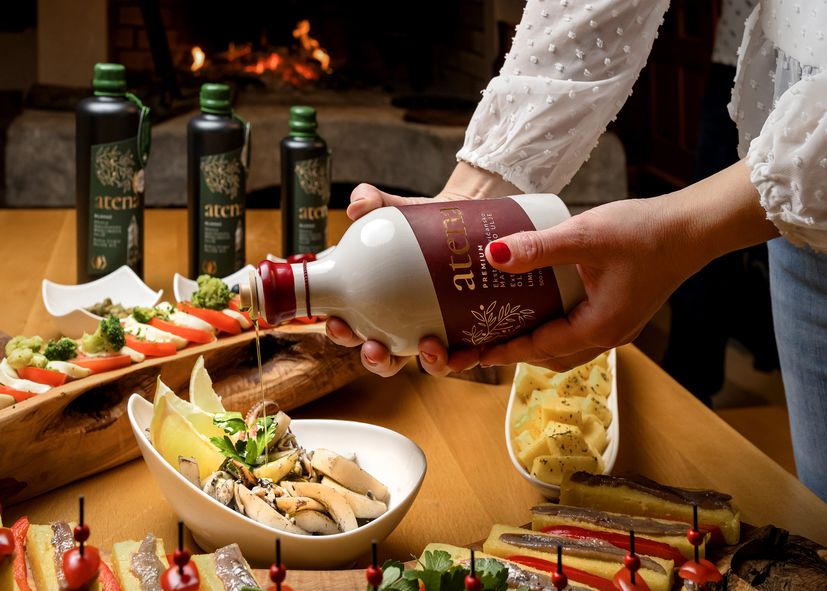 Treat yourself with a premium product. Atena Hvar Olive Oil offers you health and ambiance of the Mediterranean in a special package. With its unique aroma and taste, it takes you to the most beautiful Adriatic islands.

To find out more visit: https://atenahvar.com/en/products/