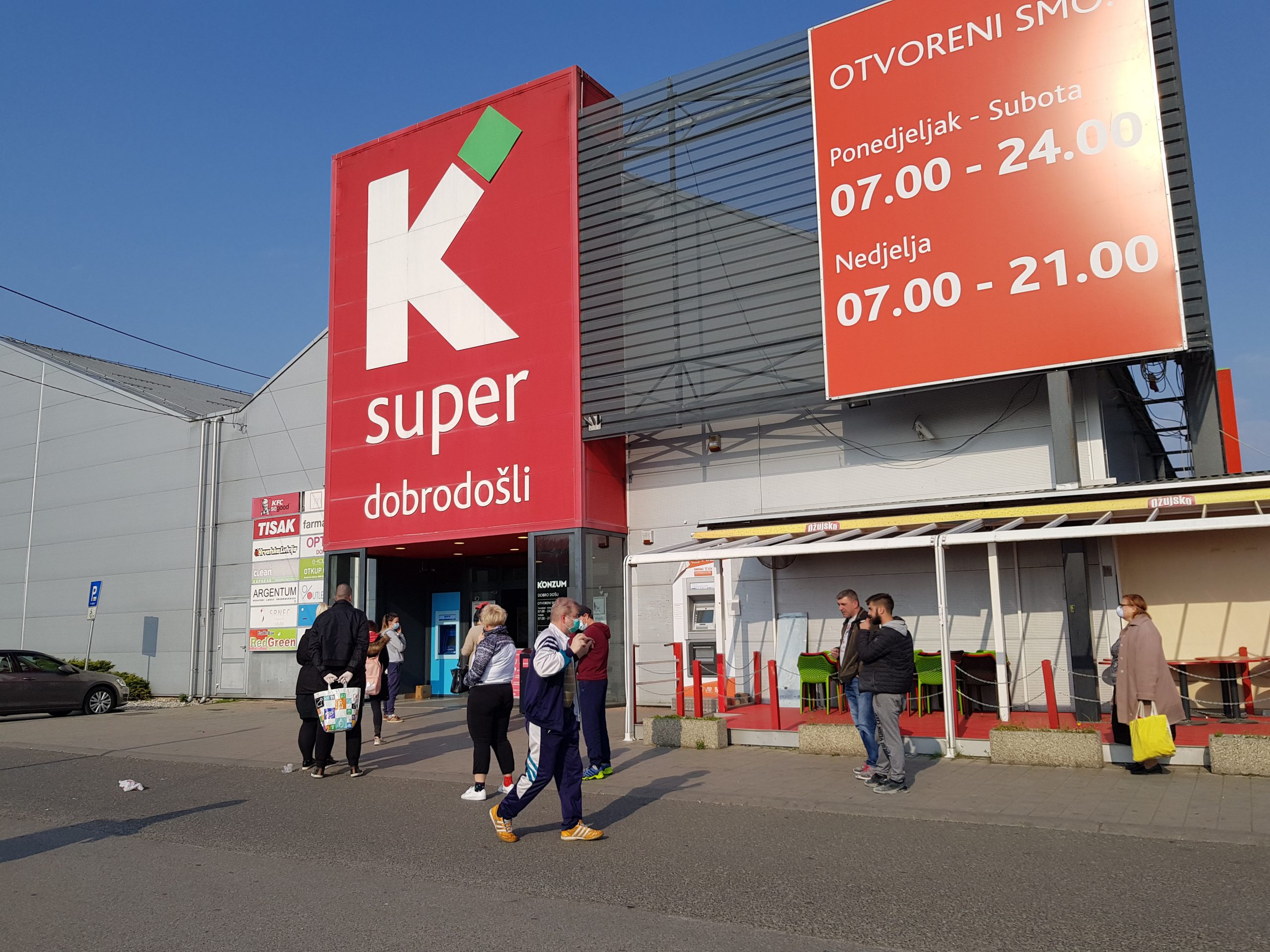 ZAGREB, May 23 (Hina) – Interior Minister Davor Bozinovic, who heads the national COVID-19 crisis response team, said on Saturday that a decision on rescinding the ban on shopping Sundays could be made in next two weeks provided that the current epidemiological situation remained favourable.

Earlier on Saturday, the crisis management team said that there had been no new case of the coronavirus infection in the last 24 hours.

Bozinovic said in an interview with the RTL broadcaster that this was a great day, however, he warned that it was still too early to declare the end of the epidemic.

It will be up to epidemiological experts to assess when to declare the end, considering the developments in our neighbourhood and globally, the minister explained.

He also informed that in the recent few days, some 7,500 citizens had entered Croatia and most of them were Slovenians.

Economy Minister Darko Horvat has said that the following analysis on the profitability of open shops on Sunday, the government will propose that 14 Sundays in a year will be working days, and employers will choose on which 14 Sundays they will open their shops.

This proposal of 14 Sundays in a year when shops can be open is the result of an analysis which has been conducted for more than two years and also of a high amount of consensus reached with social partners and the segments of the public interested in this matter, said Minister Horvat in the northern city of Cakovec on Saturday.

Also, the position of the chambers of commerce and trades as well as a great number of members of the Croatian Employers’ Association (HUP) is that they agree that 14 Sundays are profitable, while working on other Sundays is not profitable, he added.

The pertaining changes of the relevant legislation on trading will be put for public consultation. as soon as epidemiologists give a green-light and rescind their ban on trading Sundays, imposed for health safety reasons.

Asked by the press on how all that could be regulated during tourist seasons, Minister Horvat said that the trade sector in the regions where tourism is the main business activity also considered that working on 14 Sundays brought a profit.

He said that being aware of the fact that trading on Fridays, Saturdays and on Mondays each, made up 16% of the total volume of trading, while trading Sunday contributed with 8% to that volume, then there is “a clear economic connotation” why Sunday should be non-trading.

In addition, the last three months have shown that trading on Fridays, Saturday, and Mondays can offset the non-working Sundays, Horvat said, refuting claims that the latest proposal was made for the sake of campaigning before the July 5 parliamentary elections.

As for the criticism made by Social Democrat leader Davor Bernardic that Prime Minister and HDZ leader Andrej Plenkovic was indecisive about whether to have working or non-working Sundays, Horvat replied that he had not heard any constructive proposal from Bernardic.

Responding to Bernadic’s claims that a vote for HDZ is a vote for corruption, Horvat said that many more members and officials from the ranks of the SDP were convicted of corruption.

He went on to say that in the last three years, this government had stabilised public finances, increased the ability of the Croatian economy to produce added value, boosted exports and made a budget surplus, which proved that this government could control well the budgetary money and invest it where it was most needed.