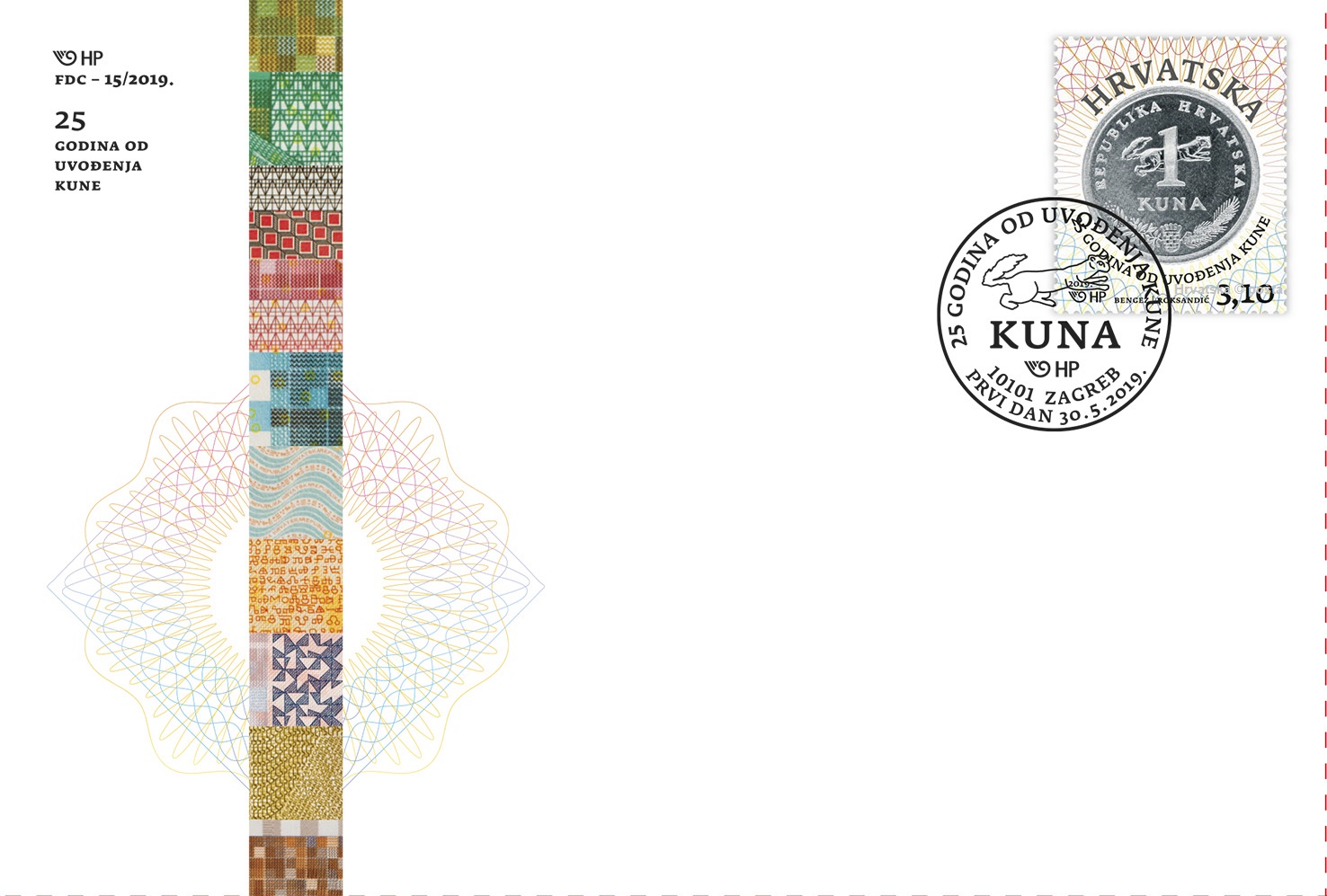 ZAGREB, May 27, 2019 – Croatian Post will release a special stamp to mark 25 years since the introduction of the kuna as the monetary unit of Croatia on 30 May.

A photo of a 1 kuna coin graces the stamp which has a value of 3.10 kuna. 200,000 copies will go into circulation. The author of this issue of postal stamps is Dean Roksandić, a designer from Zagreb, who edited the photograph of Božidar Bengez. 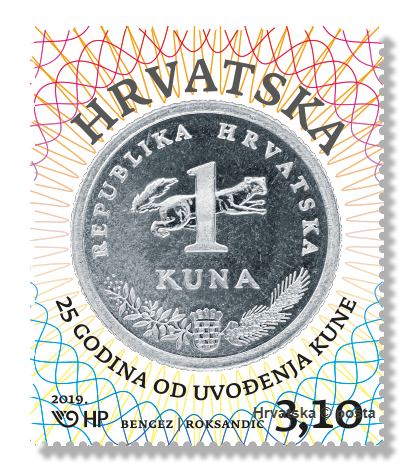 On Statehood Day, on May 30, 1994, the kuna and the lipa became the legal instrument of payment in Croatia. It was a symbol of statehood and sovereignty, which was released by the National Bank of Croatia.

The name of the kuna was selected because of the historical role of marten (kuna) fur  in Croatian monetary and fiscal history, and the name lipa (cent) was selected based on Croatian folklore, literary and historical heritage. During medieval trading, marten pelts (kuna fur) were used as units of value. 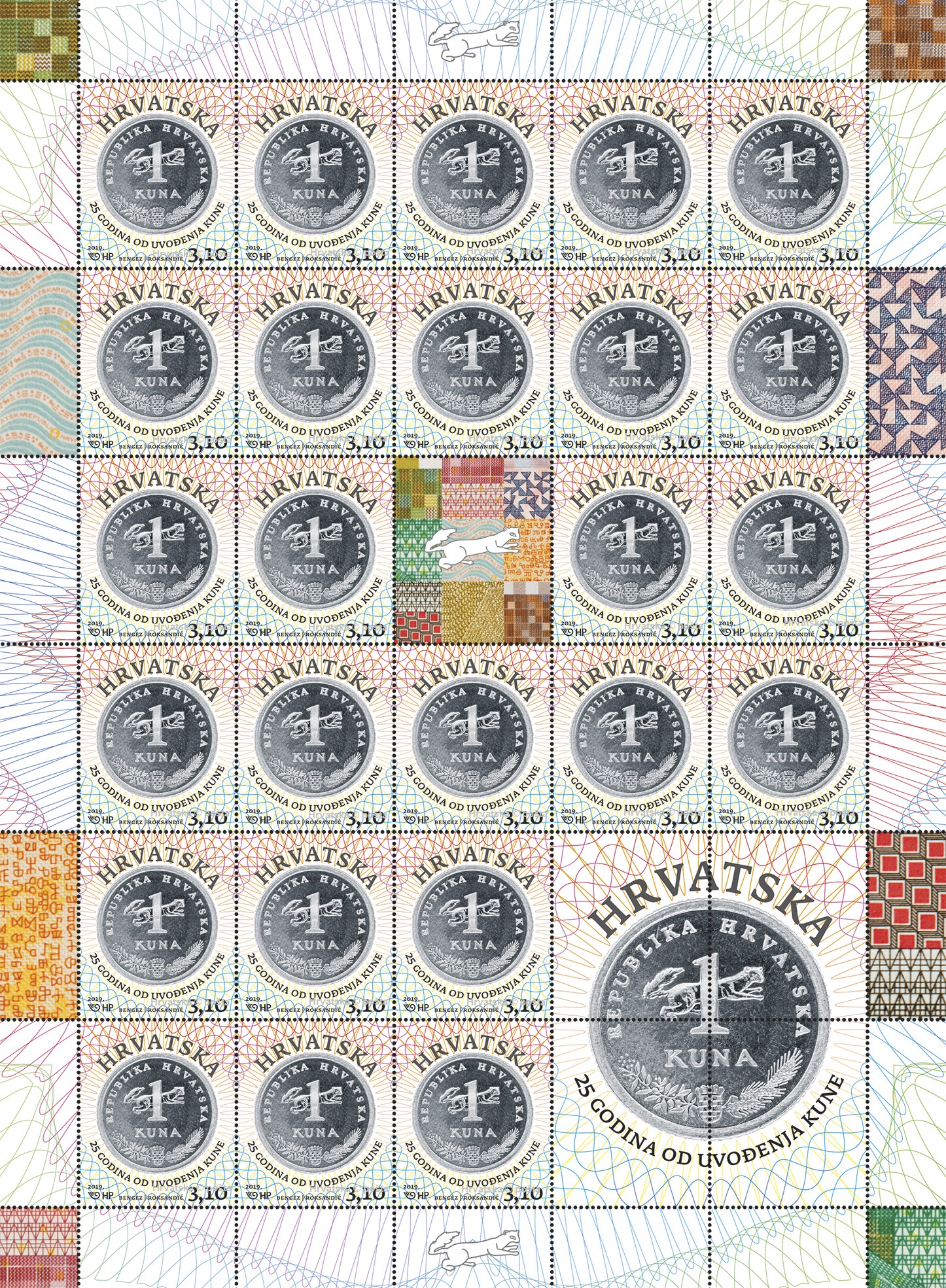 The kuna replaced the Croatian dinar as the official monetary unit, which had replaced the Yugoslav dinar as a transitional payment instrument after the independence of Croatia.

This year marks 25 years since the introduction of the kuna, and the Croatian National Bank and the Archaeological Museum will also open the KUNA exhibition – the 25th anniversary of the Republic of Croatia’s currency unit on May 30.

On the same day, May 30, the central bank will issue a special commemorative  25 kuna coin. A total of 30,000 coins will be issued