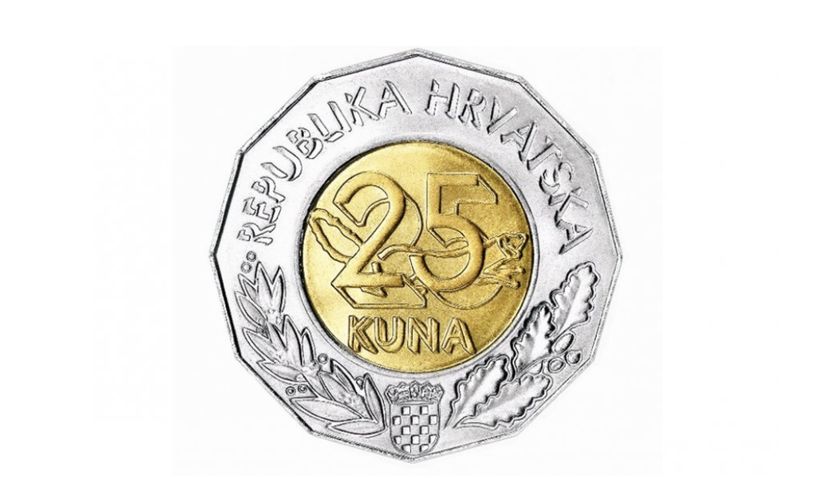 ZAGREB, 24 May 2019 – The Croatian National Bank will mark the 25th anniversary of the introduction of the kuna as the monetary unit of Croatia by releasing a special 25 kuna coin.

The Croatian kuna became official currency on May 30, 1994 on what was Statehood Day. The kuna replaced the Croatian dinar as the official monetary unit, which had replaced the Yugoslav dinar as a transitional payment instrument after the independence of Croatia.

This year marks 25 years since the introduction of the kuna, and the Croatian National Bank and the Archaeological Museum will open the KUNA exhibition – the 25th anniversary of the Republic of Croatia’s currency unit on May 30.

On the same day, May 30, the central bank will issue a special commemorative  25 kuna coin. A total of 30,000 coins will be issued, Tportal reported.

So far, 14 editions of special 25 kuna coins have been issued over the past 25 years. The first 25 kuna in circulation was issued by the Croatian National Bank in 1997.

The Council of the Croatian National Bank made the decision to issue a new commemorative 25 kuna coin at a session on May 7. The author of the decorative design of the coin which will mark the 25th anniversary of the introduction of the Kuna is the academic sculptor Damir Matausic.

The new coin is made of two-piece metal – copper alloy (92 percent), aluminium (6 percent) and nickel (2 percent), and a silver alloy ring (75 percent copper and 25 percent nickel).