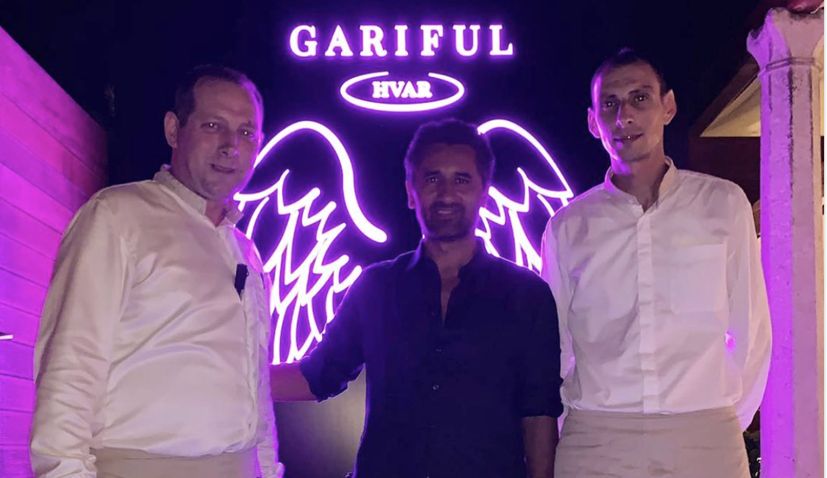 HVAR, 22 August 2019 – It was a busy day on Wednesday for popular Hvar restaurant Gariful, hosting two Hollywood actors in the one day.

Curtis has been in Dubrovnik and Hvar this month filming scenes for his newest role. Curtis stars in Antoneta Alamat Kusijanovic’s first feature film Murina. Martin Scorsese’s Sikelia Productions and Rodrigo Teixeira’s RT Features are co-financing and co-producing the film.

A post shared by RESTAURANT GARIFUL (@restaurantgarifulhvar) on Aug 22, 2019 at 6:31am PDT

Curtis has starred in a number of films, including Once Were Warriors, Blow, Whale Rider, Live Free or Die Hard and The Dark Horse for which he won the Best Performance by an Actor award at the 2014 Asia Pacific Screen Awards.

Curtis had television series roles on Trauma, Body of Proof, Missing, and  Fear the Walking Dead.

Curtis has also appeared in the films Bringing Out the Dead, Three Kings, the drug drama Blow with Johnny Depp, Training Day, Collateral Damage, Live Free or Die Hard, Sunshine, Push, and Colombiana. He is set to appear in the four sequels to Avatar, including Avatar 2 and Avatar 3.