Home » News » On this day in 1880: Zagreb hit by biggest earthquake 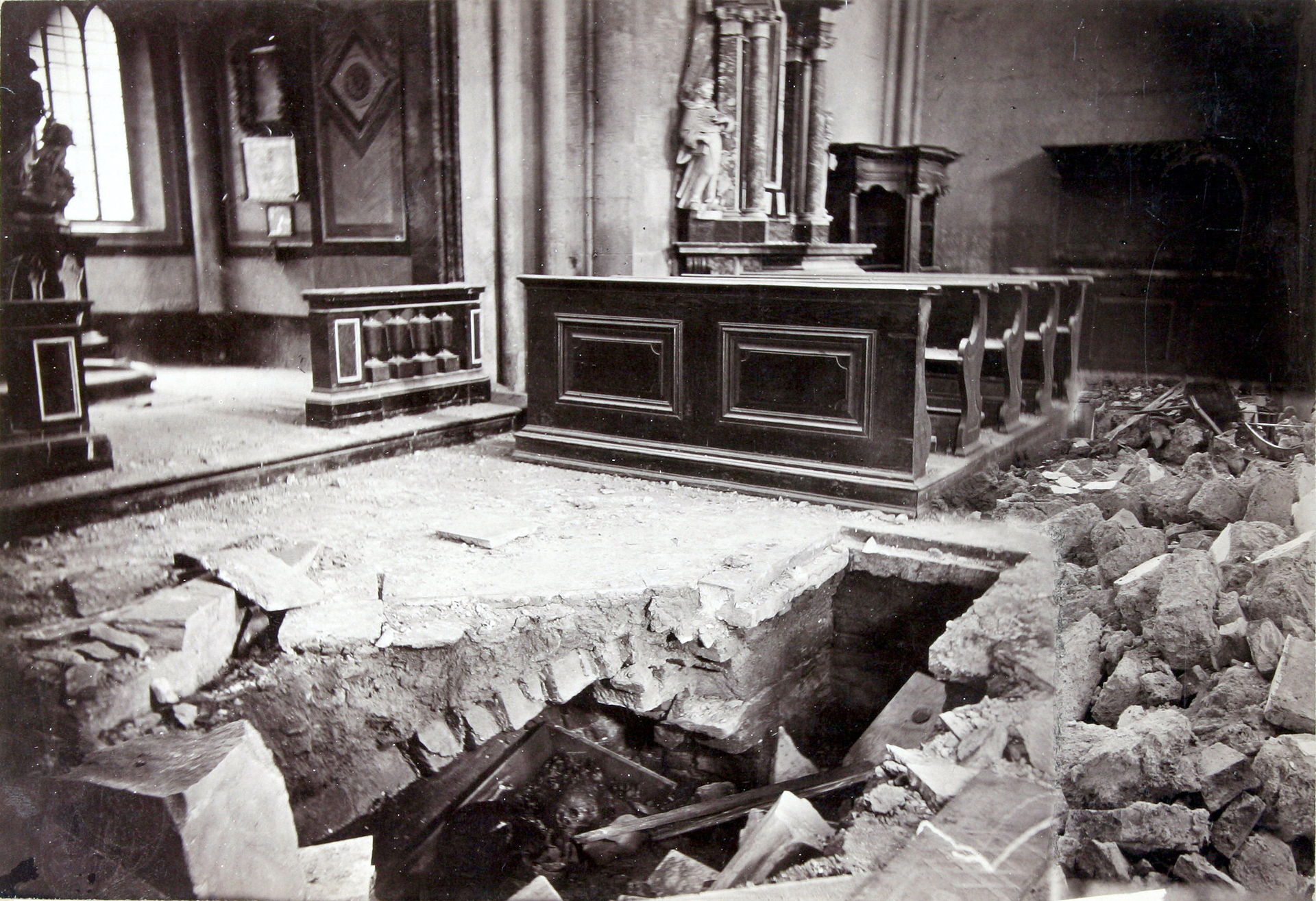 It has been exactly 141 years today since Zagreb was rocked by the most devastating earthquake the city has experienced.

On 9 November, 1880, a magnitude 6.3 earthquake struck Zagreb, killing one person and destroying and damaging over 1,700 buildings.

According to the Zagreb Meteorological Station data, the earthquake struck at 7:33 a.m. and was followed by a series of tremors of smaller intensity.

Records say that 3,800 outgoing tickets were sold at the Zagreb Main Station within the first 24 hours of the initial earthquake, as many locals sought to leave for cities nearby.

The most prominent building damaged was Zagreb Cathedral, which then underwent a thorough reconstruction before it was finally finished in 1906.

Renowned Croatian archeologist Ćiro Truhelka (1865-1942), who was a student in Zagreb when the 1880 earthquake struck, wrote a book in which he documented life during and after the quake. Below is an extract translated.

“From all the experiences of my time at secondary school, none has so deeply been etched into my memory as the great earthquake, which in the morning of November 9, 1880, shook Zagreb and Hrvatsko Zagorje.

I sat in the kitchen of the house at around 7 a.m., surrounded by thick old walls and lined with brick-vaulted walls on the ground floor, my back against the wall, drinking coffee, before going to school.

Suddenly a muffled underground rumble came and the earth began to shake and swing. Thinking it was a transient seismic phenomenon, I wasn’t scared at first; but as the shaking grew louder, and the underground rumble and thunder all the more terrifying, I noticed the wall over me leaning dangerously, I heard the bell tower of St. Mark’s Church ringing  and I jumped to escape and save my life.

When I came to the glass door that led from the hall into the small courtyard, and from there under the house entrance, a chimney just down from the door collapsed and blocked our path. Fortunately, the underground hurricane waned, the earth calmed down and I picked up the books to go to school.

On the street, everything was rubble and desolation. Pavements and sidewalks were full of tiles, fallen from the roofs and the ruins of downed chimneys. The walls of the houses were cracked, the windows broken, and coming around the corner of Mletačka Street to St. Mark’s Square, I saw that the entire gable of the western façade, which was being rebuilt by the masons at that time, was torn down and a roof structure peered through the opening. Under the scaffolding lay one of the masons, who was injured in the jolts.

The same devastation was in Gospodska Street and on Katarina Square, where the beautiful façade of the church of St. Katarina in several places showed considerable cracks.

The school (gimnazija) building, as it was understood at first, did not suffer much; but as more students gathered before it, we were told that there would be no lessons today, and a few of us then set out to see what the earthquake had done to the Upper Town. 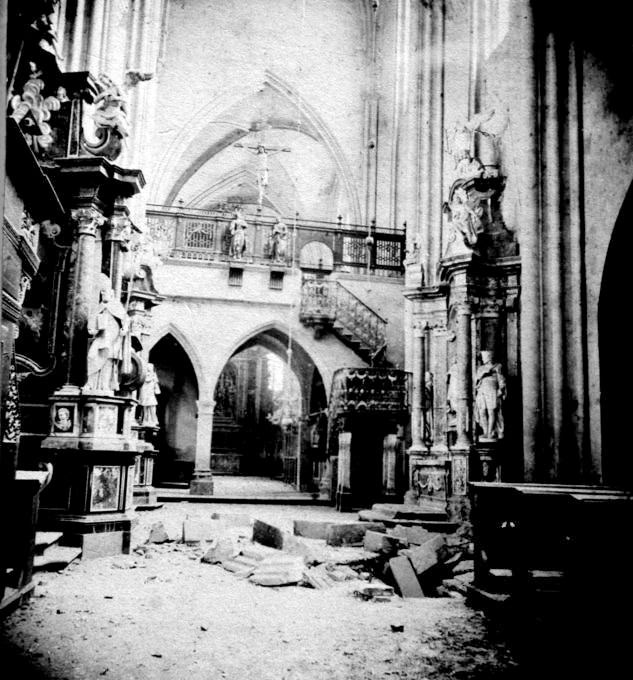 The terrified and scared locals roamed the streets, half-dressed out of the houses, to save their lives. The roofs were torn out as if cannonballs had blown their tiles, and most of the chimneys lay down on the road, blocking the passage. The walls were so cracked that through the cracks one could peek into the rooms.

Fortunately, not a single house was demolished. Those old, unsightly upper-city buildings resisted the earthquake and remained intact in the face of the catastrophe that nature had prepared for Zagreb.

The lower part of the city was heavily damaged, and especially newer buildings were damaged. Earthquakes struck, albeit of lesser magnitudes, throughout the day, and the citizens were engulfed in an evening of real panic. Those who could fled Zagreb, and those who could not, went out into the streets, squares, to Tuškanac or to Maksimir, and spent the night there in the open or under tents. Fortunately, it was extremely mild, warm and calm before the winter.

The panic became even greater when Dr. Falb, an expert in seismographic phenomena, came to Zagreb, from whom Zagreb hoped to find out if and when an earthquake would recur; and he was only wisely silent, making foggy statements, or explaining his theory of the general causes of earthquakes. Zagreb locals naturally did not understand this, and they did not care how the earthquake was formed, how much it would take and when it would happen again.

Until Christmas, earthquakes repeated at intervals with weakening intensity until the earth’s crust had completely subsided. Those of us in  Mletačka Street did not leave our houses because its thick walls and vaults resisted the first and strongest attack, so it was likely that they would resist even the weaker blows, which were repeated later.

The earthquake, which at first was considered a catastrophe for Zagreb, proved to be beneficial in its consequences, as a group action was organised throughout Europe for the victims; money came to Zagreb from all sides to repair the damage.

The victims received abundant grants for the reconstruction of houses, loans for new buildings, and Zagreb’s construction developed on all sides, which the old town does not remember. New buildings sprung up like mushrooms, new streets emerged, and the old ones expanded and extended like polyps towards ever-farther outskirts, and the city became more beautiful and spacious day by day, with the population of 30,000 multiplying rapidly to 40,000.

All this was the result of the earthquake and the fruit of European solidarity, which, under the impression of a natural disaster, came to the aid of the city, which was awakened from a long nap by the earthquake.”