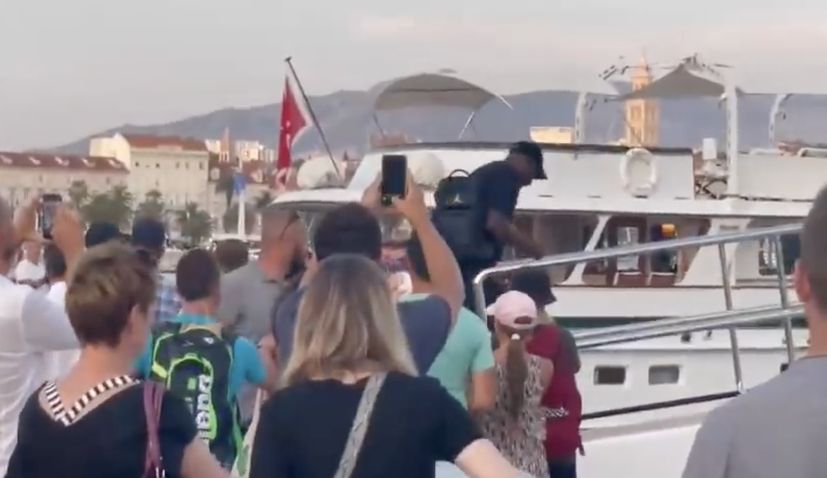 The former Chicago Bulls start caught the attention of a number of locals and tourists as he climbed on board the 95-metre yacht.

Jordan was met at Split Airport in Resnik by three vans and was accompanied by bodyguards.

It is not the first time Jordan has been in Croatia, he played here with the American University back in 1982 and it was his first match up against Croatian great Dražen Petrović.

Jordan played together with Split-native Toni Kukoč at the Chicago Bulls where they won three NBA rings together. Kukoč, however, is reportedly back in Chicago at the moment so he will not get a chance to catch up with his former teammate in his hometown.

Jordan though will present Kukoč at the Naismith Memorial Basketball Hall of Fame inductee ceremony in Springfield, Massachusetts on September 11th.

Last summer Magic Johnson was blown away by the beauty of thee Croatian coast during his month-long vacation.

Video below of Jordan boarding the yacht (Dalmacija Danas/Siniša Vickov)