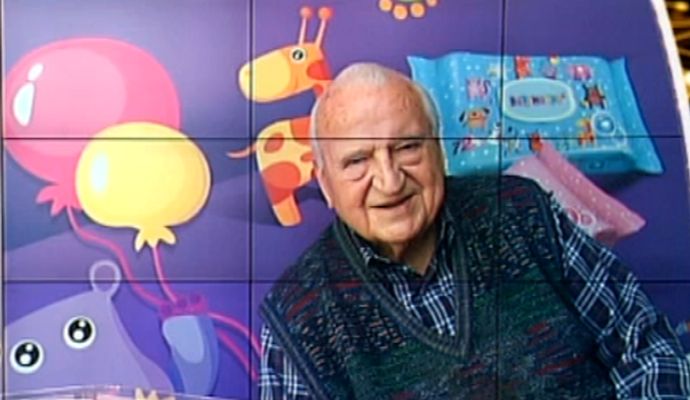 After more than 60 years of work behind him, Croatia’s oldest Businessman says that he has no intention of slowing down…

87-year-old Velimir Radalj still turns up to the office everyday from 8:00 – 4:00 to manage operations at his successful wet wipes company in Sveta Nedelja just outside of Zagreb. Radalj is the director of Mondipro, a company which manufactures high-quality wet wipes.

“My secret is – whilst I continue to work I will continue stay alive. When I stop working I will not be around anymore”, Velimir told RTL this week.

Radalj is still very much a hands-on boss and with the help of his grandchildren Kosjenka and Gordan, Mondipro produce over 4 million wet wipes for the Croatian market annually. The company, which has 18 employees, also exports its wet wipes internationally.

“At 87 he is likely to be the oldest business person in Croatia and we are proud of that. At the moment our products are exported to neighbouring countries, as well as Italy, Germany, Portugal and Spain”, Gordan says.

Mondipro produced its first wet wipe in Sveta Nedelja six years ago and Velimir’s energy continues to surprise his workers.

“When I talk to my friends, aquaintences and family it is unbelievable to them that a man of that age has so much enthusiasm and desire to fight. It is really incredible”, says worker Marijo Čuček.

Before starting Mondipro, Radalj spend time working around the world, including in Brazil and Italy. He believes that Croatian entrepreneurship has room to improve.

“I think a lot of these para-fiscal levies need to be removed. Because when foreigners come to negotiate they can not believe some things. They say, what is it, what does it have to offer. We say that here we have this. And where they are from it does not exist”, concluded Velimir.