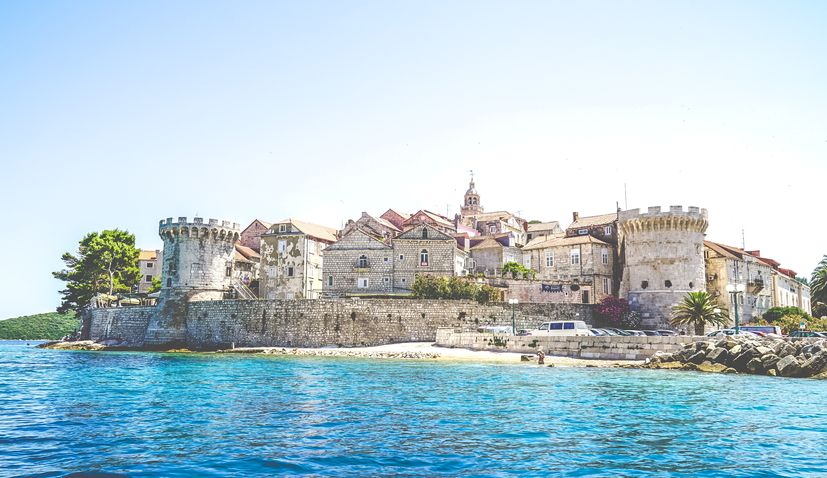 Croatian president Zoran Milanović believes that it is time for the island of Korčula to get an airport.

Talk about an airport being built on the island is not something new, but after Pelješac Bridge was opened this week, President Zoran Milanović says its high time it was finally realised.

“Pelješac Bridge was opened a few days ago, a project that was dreamed about, and everything starts with dreams. The bridge is now here and it is much more than a traffic corridor and a pile of steel and concrete. I am very pleased that Pelješac Bridge is here, but I am convinced that you need an airport. It would do small wonders for the island’s economy and tourism,” President Milanović said in his address at a special session of the Korčula Town Council, which was held this week to mark Municipal Day.

If Korčula was to get an airport, it would join other islands like Brač, Krk and Lošinj which also have airports. The opening of the Pelješac Bridge has cut down travel time to reach Korčula, via ferry from Orebić, but it is still not the easiest island to access. A lot of those opposed to the idea believe that being difficult to get to is one of the charms.

Whilst in Korčula, President Milanović also talked about the fisland’s tradition, development and beauty.

“This tradition and this land are not from yesterday, this culture is not from yesterday. This place was civilized, successful and advanced – it is a place that was written about. Our islands are a paradise. There is nothing like this anywhere this close to the heart of Europe. If you had a bridge, nothing would change here. This would still remain a beautiful island. Enjoy your island. One cannot but notice the beauty of Korčula,” said the President of the Republic, quoting from the book of British General Maclean, who wrote about his visit to Korčula in the 1940s: “I couldn’t believe at first where I came. The place is small and people are dressed like in the West,” he said. 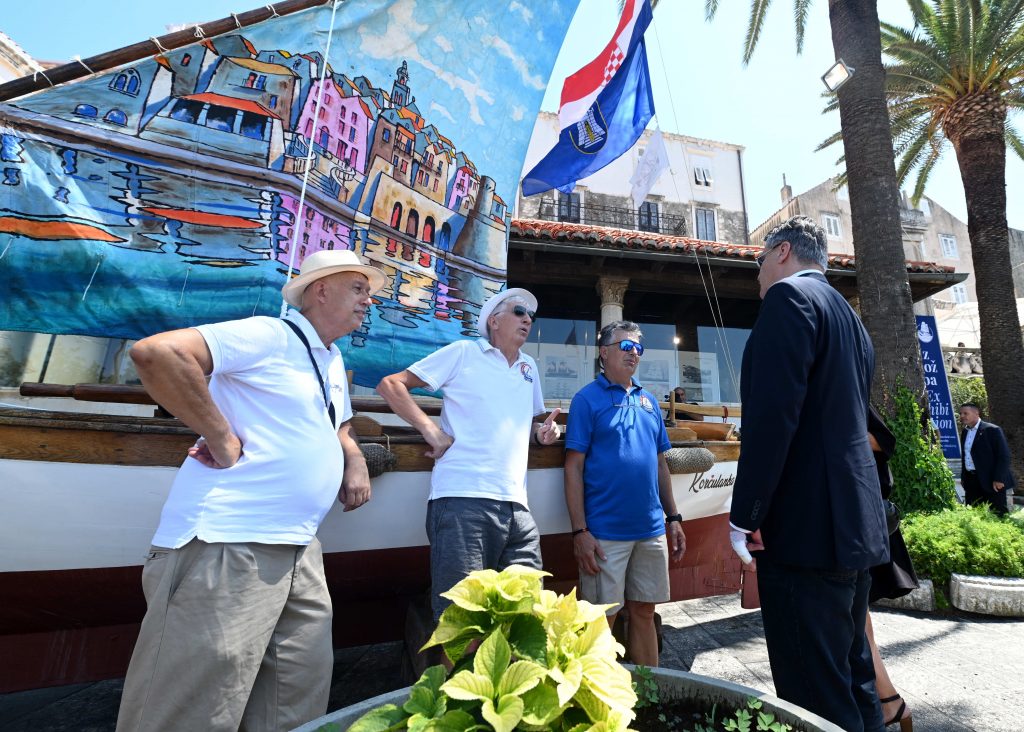 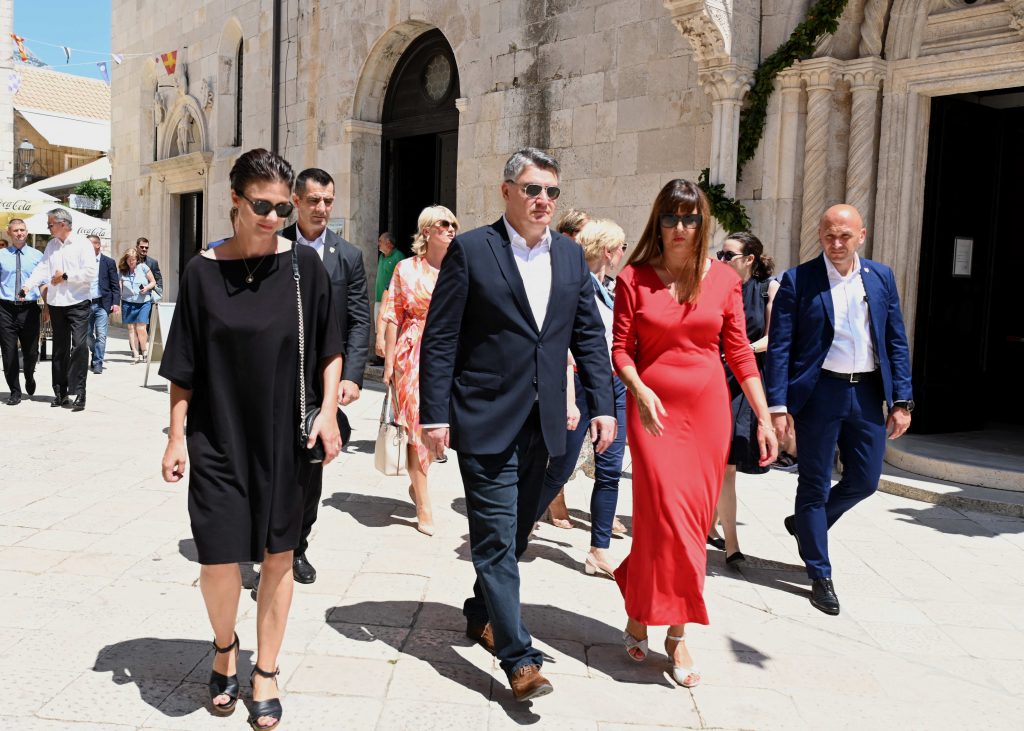 After the special session of the Korčula Town Council, President Milanović toured the exhibition “Korčulanska drvena brodogradnja” [Wooden shipbuilding of Korčula] at the new town gallery, the Korčula Loggia, under the expert guidance of its authors Lana Filippi Brkić and Dušan Kalogjera. 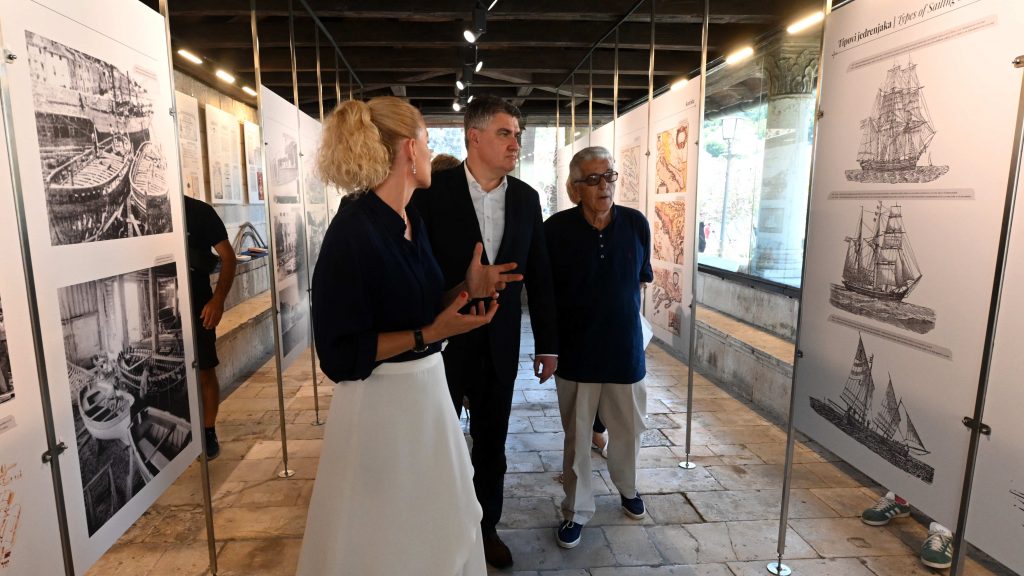 The exhibition showcases the history of shipbuilding on the island of Korčula and is the recipient of the Croatian Academy of Sciences and Arts J. J. Strossmayer Award. Adviser to the President of the Republic for Human Rights and Civil Society Melita Mulić was alongside President Milanović.