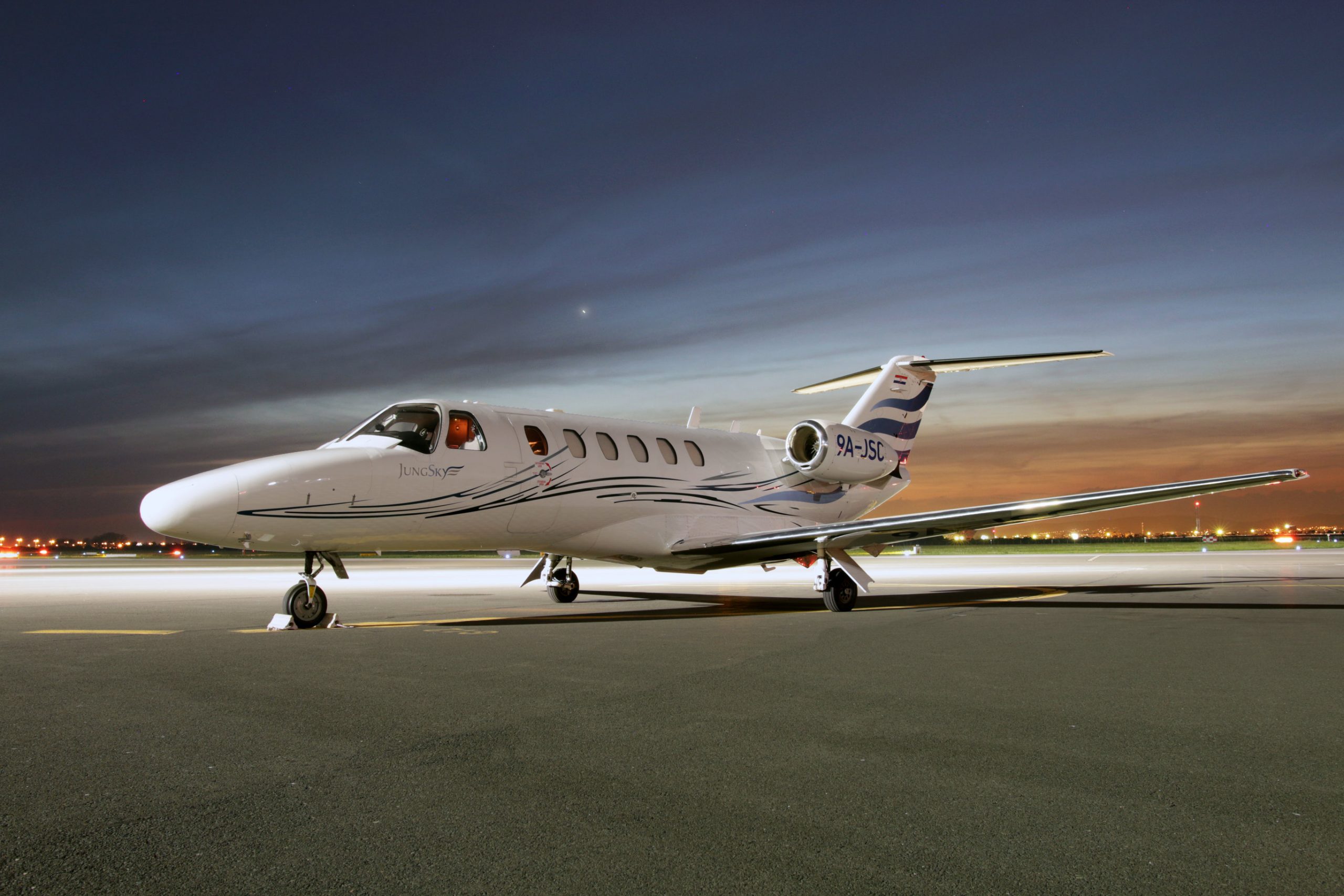 The privately owned Croatian airline Jung Sky, which, although based in Zagreb, Croatia, generates more than 90% of its revenue thanks to a foreign clientele, has celebrated the first 10 years of business. It also plans to introduce a very significant novelty in its fleet which will be followed by strong hiring activities, expansion to new markets and opening up new company departments.

Jung Sky concludes its first decade with a total of 28 employees, including nine pilots, and two Cessna 525A CJ2 jets thanks to which in recent years the company successfully positioned itself in the highly competitive European business aviation market. 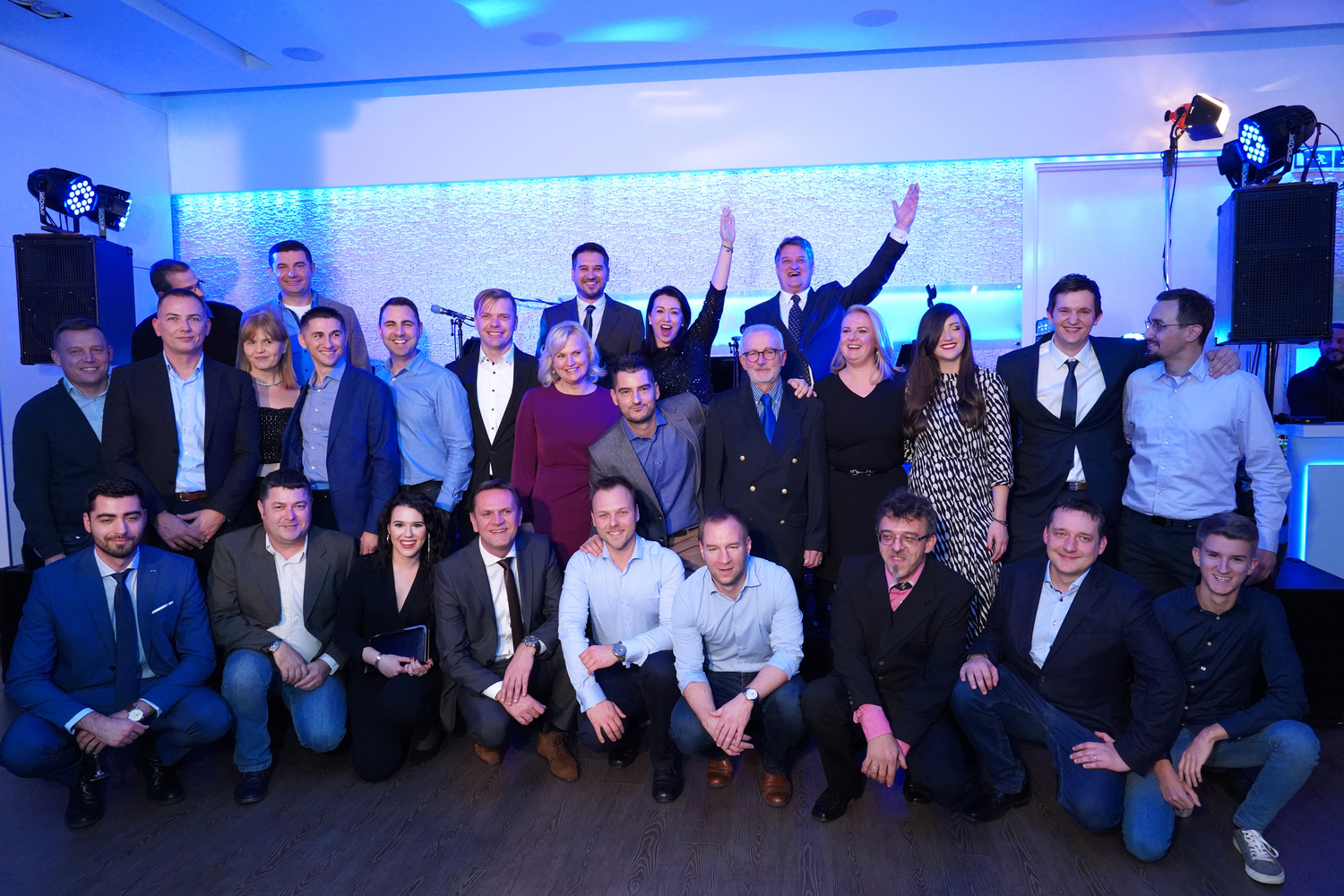 “One of the key features of the company’s development is to think strategically when deciding about the dynamics of our growth. This industry requires a lot of patience because the investments and stakes are really high and you also need time to build strong relationships with the brokers. Not to mention that you’re competing with hundreds of other airlines in Europe. In order to make yourself able to attract and train high-quality crew and staff, you need to keep your appetites in check and make timely decisions”, stated Kresimir Jung, company CEO and also one of the crew captains. 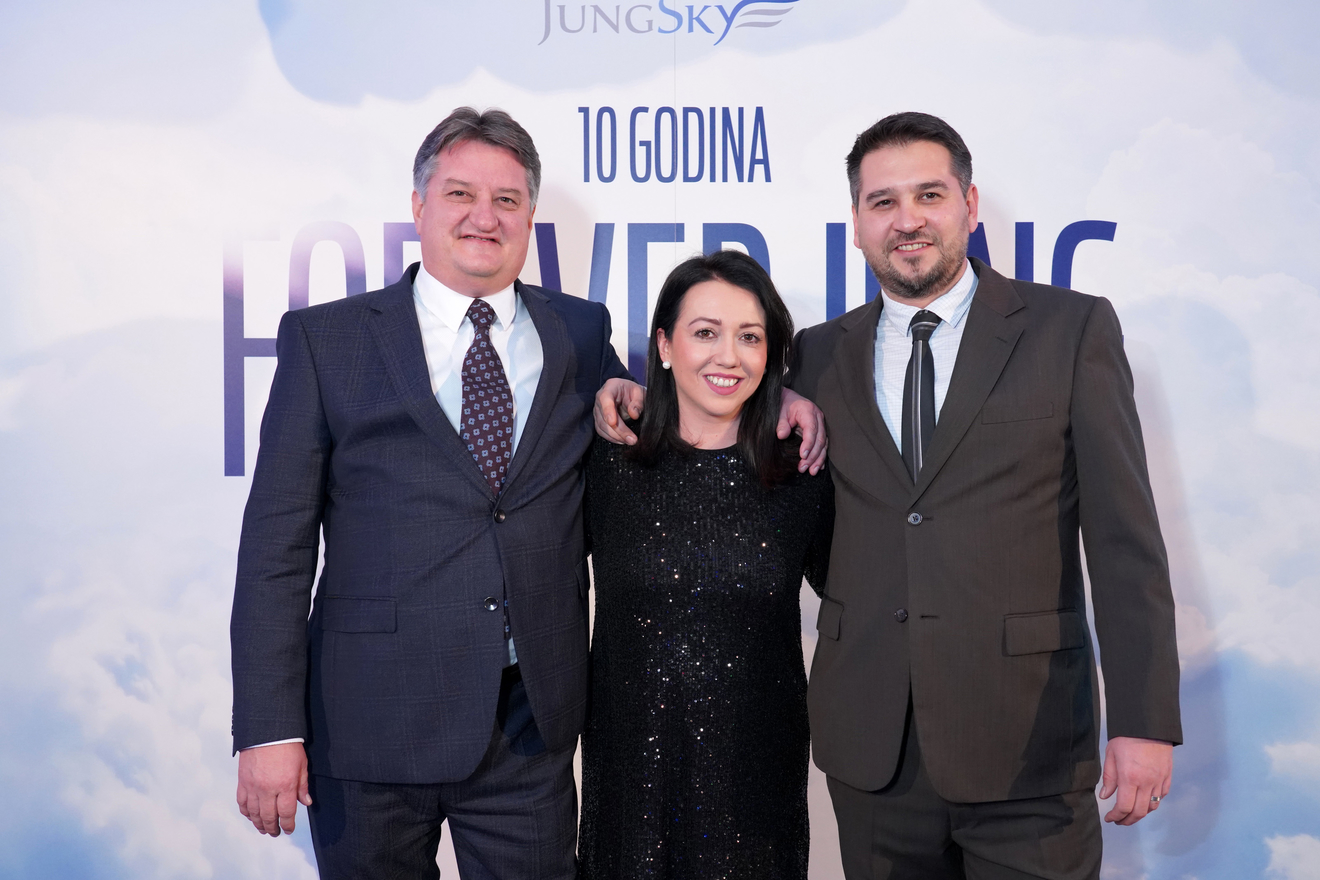 Hence the importance of the company management’s announcement at the anniversary celebration. A brief presentation reported on the highlights of the first 10 years, and underlined the key strategic goal in 2020: the purchase of a third jet that would have twice the number of seats and a much longer range than the two jets in the company’s fleet. This will undoubtedly set the company on a new course, making it possible to enter new markets and to attract a new segment of clientele.

“The introduction of a new aircraft into the fleet will be accompanied by a significant staff increase. Furthermore, we are currently in the process of setting up our own aircraft maintenance service. Next year will be a special one in so many regards and it will definitely steer us in the years to come. That is why it is no exaggeration to say that Jung Sky is entering a whole new era of business”, concluded Kresimir Jung. 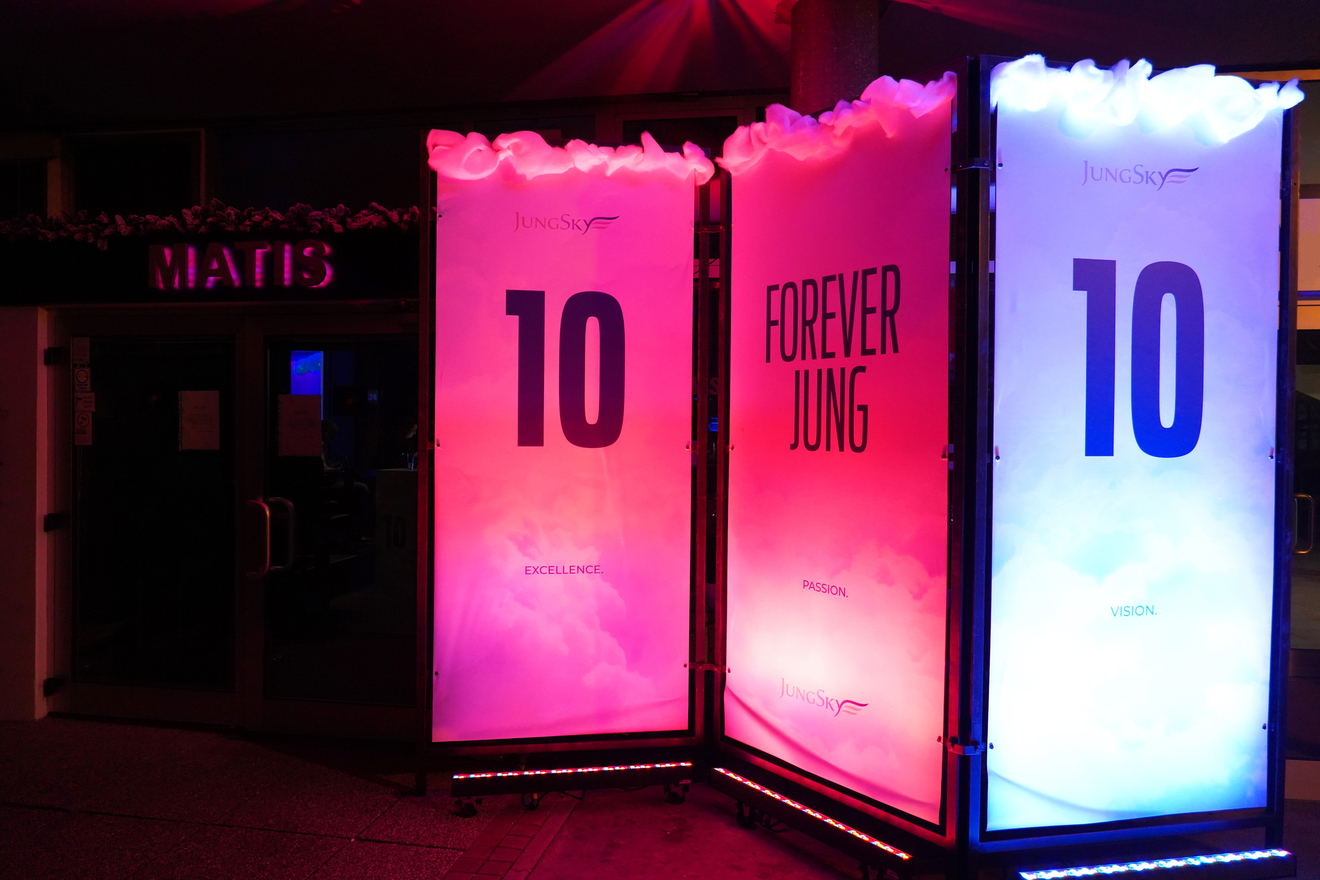 By way of reminder, Jung Sky performs business and private flights to destinations throughout Europe and North Africa. Although based in Zagreb, less than 10% of their clientele is from Croatia while the rest are foreigners – members of the business community, tourists, often well-known musicians, DJ stars, athletes, actors, etc. Both jets have a flying range of up to 1,500 miles and an average speed of around 800 km/hour. 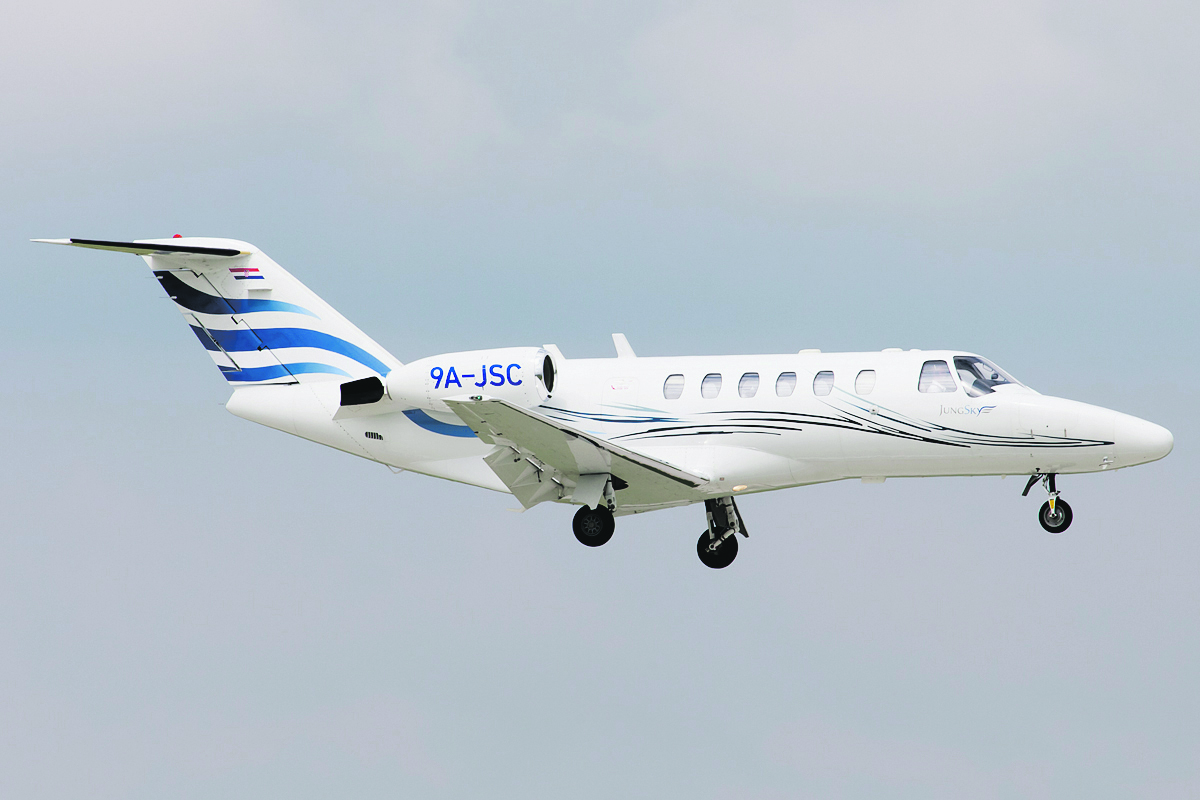 In this year alone, Jung Sky crews have landed at almost 200 different airports. The most frequently travelled destinations are Nice, Rome, Milan, Geneva, Venice, Munich, Paris, Barcelona, London, Zurich and Berlin while Mediterranean destinations tend to be rather popular in the summer season. 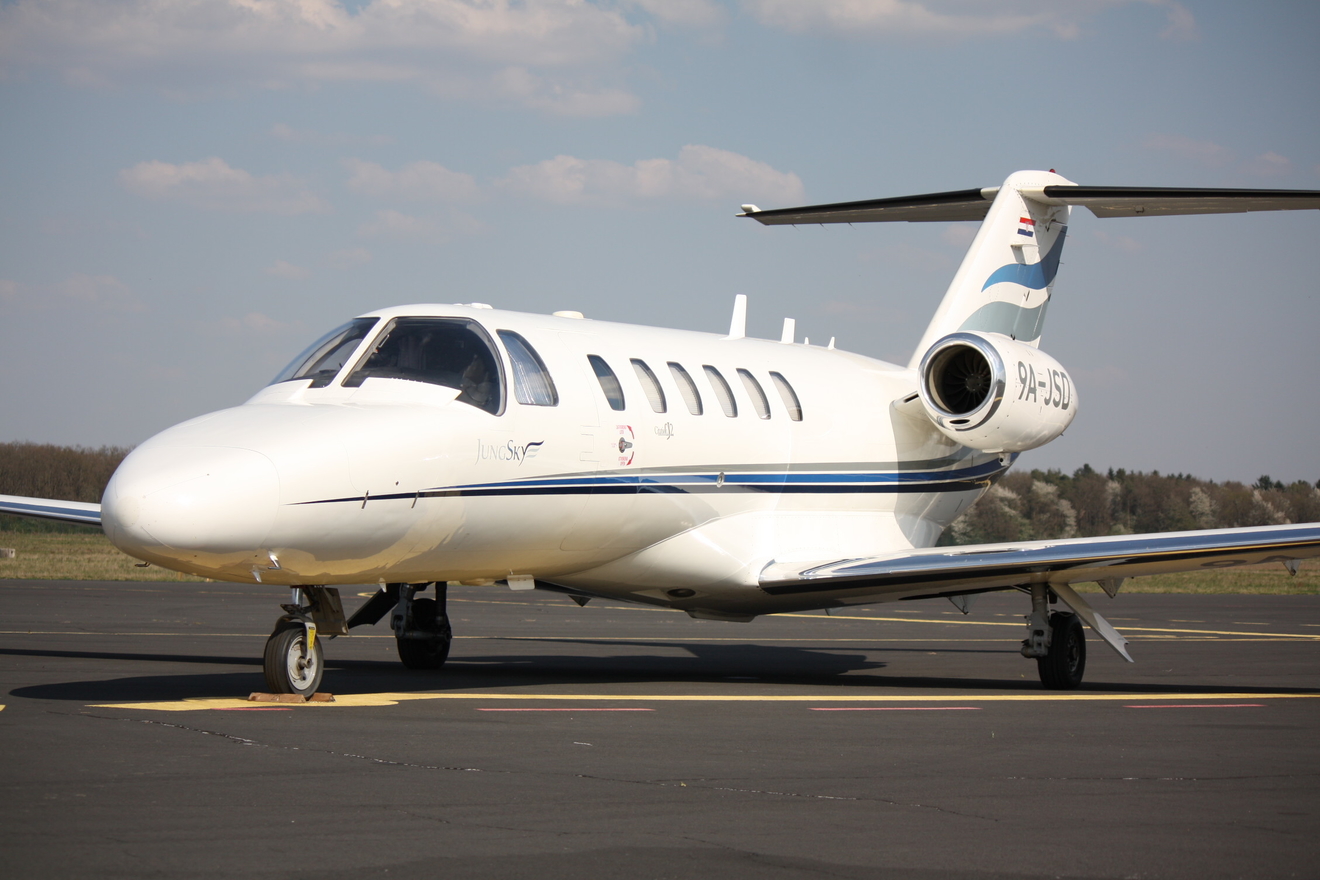