Home » Entertainment » How I reconnected with my culture through fashion 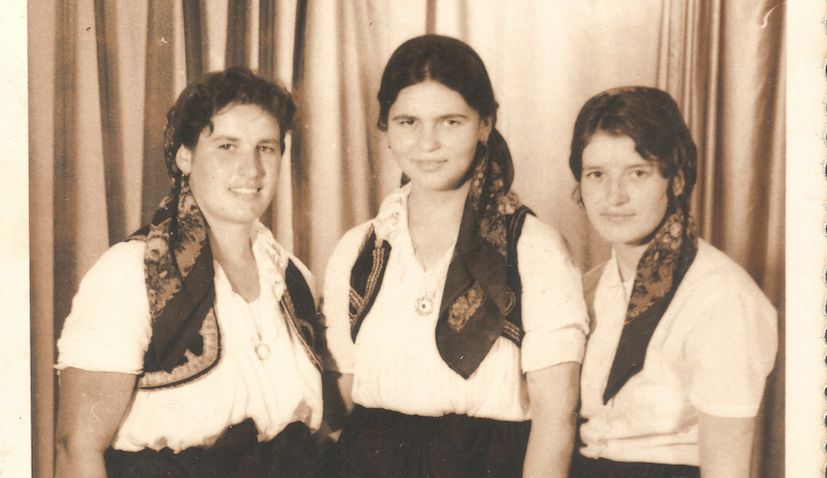 Ivana Vidakovic is a twenty-three-year-old writer and soon-to-be graduated Ryerson university student who moved to Canada in 2012. She was born in Zagreb, Croatia to a family originating from Central Bosnia and is currently based in Kitchener, ON

Searching for myself in the reflection of a screen or in the pages of a novel is what I do best. Fervently scrambling to connect points within a story line to points in my life has become an obsession, really.

Maybe I do this because I never heard stories about little Bosnian-Croatian girls travelling the world and ending up in Canada. Unlike the stories detailing the lives of the Italian-American immigrant or the little French peasant girl turned fashion icon, stories about Bosnian people rarely exist.

I never really expected these stories to exist either, mostly because their very lack of existence reinforced in me this belief that interesting stories about my culture and ancestors simply didn’t exist and so eventually, I made peace with that idea. There were of course, the stories about our incessant predisposition to war and strife, complete with scowling, greasy, overweight soldiers and women with dark eye bags clutching screaming infants. If ever I ventured to ask my parents questions about our roots, their stories involved subjects like food rations and sniper targets.

On my parents’ 25th wedding anniversary, while the three of us sat were staring at a digital photo frame scrolling through images of our life so far, a piece of clothing caught my eye. My father, for the first time in my life, went out and picked out my mother’s anniversary present without grilling me for ideas first.

When he presented the digital photo frame filled with 1000 images of family, friends and memories we had all but forgotten, the three of us sat down and let nostalgia take us briefly. Wedged between images of me, toothless, sporting a red checkered bathing suit, was a black and white grainy image of a woman with a scarf on her head She was wearing what looked like the white “peasant tops” that Zara sells by the crate every summer, an embroidered vest and a long woolen skirt.

My mother asked,“Do you recognize your grandmother, Ivana?”

I answered without thinking, “Yes.”

It was technically true. My grandmother has a very specific face and recognizing that part of her came instantly, but I realized that I didn’t register her as a woman who existed before the war. I never dreamed that my ancestors came from long lines of cultural existence complete with not only unique systems of governance and livelihood, but systems of dress: fashion. 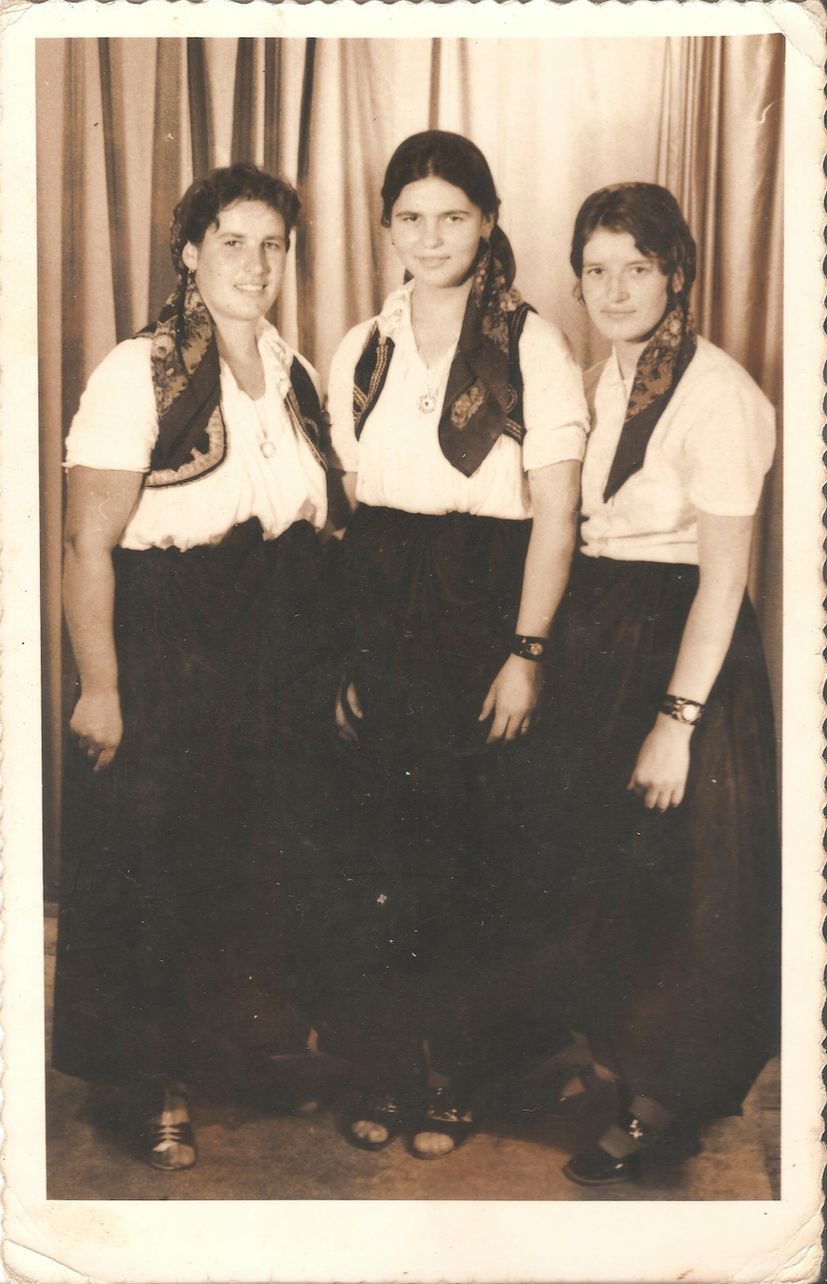 My grandmother often wore the marama (scarf) on her head by tying it under her neck the way movie starlets in the ’60s did when riding in an open top cabriolet. But my grandmother wasn’t a starlet and she certainly didn’t own a car. Instead she was raising six children at the same time as working on several hectares of land. Looking at her picture, I was intrigued by the way she stood proudly, wearing clothes that signaled to the camera lens an existence entrenched in centuries of customs. 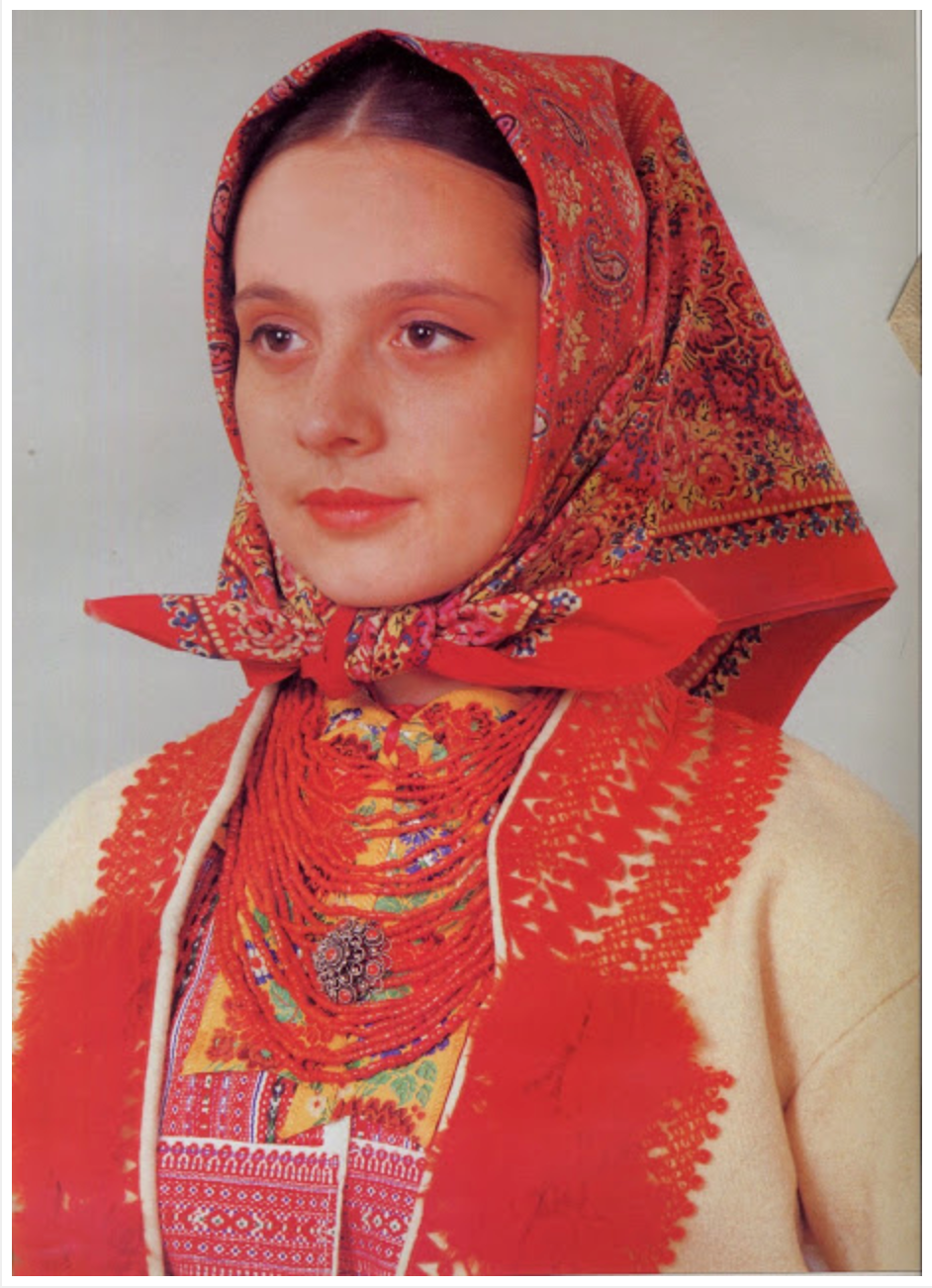 Looking at her clothes sent me into an ecstasy of curiosity. It was like I was Alice and I had finally found the rabbit hole which would take me to Wonderland. For the first time in my life, I took an interest in researching the history of my people, and I did so by simply typing “Bosnian women’s fashion early 20th century,” into the Google search bar.

Suddenly, a flurry of historical images flooded my screen. Never had I seen so much variety in styles. Bosnia and Herzegovina has historically always been a country filled with an ethno-religious mix of peoples and I soon found that there is no better venue to chronicle this diversity than through fashion as a cultural expression.

I discovered that wearing a certain colour of ‘Fez’ (a flat-topped conical hat worn primarily by men) signaled whether you were Catholic, Orthodox, Muslim or Jewish. For women, the form of vest and dress worn signalled to society whether you were married or single and ready for courting. Clusters of coins worn hanging on the necks of women presented a measure of wealth and status.

These images were a testament to a flourishing, multi-layered society. One that existed separate from western life and was complete with merchants, farmers, salesmen and a flamboyant elite.

The next thing I did was instinctual. It was a response to seeing images that felt like they were so much a part of me, that I felt the overwhelming need to experience them physically.

I brought my mother a satin scarf that I had recently purchased, and asked her to show me how she remembers her mother wearing it. I spent the next few hours allowing my mother to tie and re-tie the scarf on my head in different ways. I sat on the living room floor and she flowed with stories about her childhood and the stories she had heard from her mother.

When my father walked into the room and saw me, his eyes filled with tears because he saw his mother. This passing down of culture, the oral kind that has been customary for so many cultures over the centuries, felt sacred.

The imposter syndrome I felt with my own culture came from a childhood spent listening, wide-eyed and entranced to others spinning tales from their own ancestry, never feeling I had the knowledge nor right to talk about anything other than war. Weaving the inspiration of my ancestors’ traditional garb into modern fashion seemed impossible until I realized that so many of us have been fooled into thinking iconic style only belonged to the select few—the Audreys and the Marilyns.

But that’s the beauty of fashion. It allows us to express all the feelings that we can’t find the words, images or actions to convey. There is so much about my little corner of the world that I have begun to fall in love with and my grandmother inspired it all just by existing as a force of a woman. To this day, she never leaves the house without a coat of lipstick, every strand of hair in place and lifted from the earth by her favourite pair of heels. To this day, she is beautiful and proud, which makes me think that I can do that. I can also choose to exist as a woman who claims and displays her culture proudly even if the rest of the world hasn’t asked to see her do it. 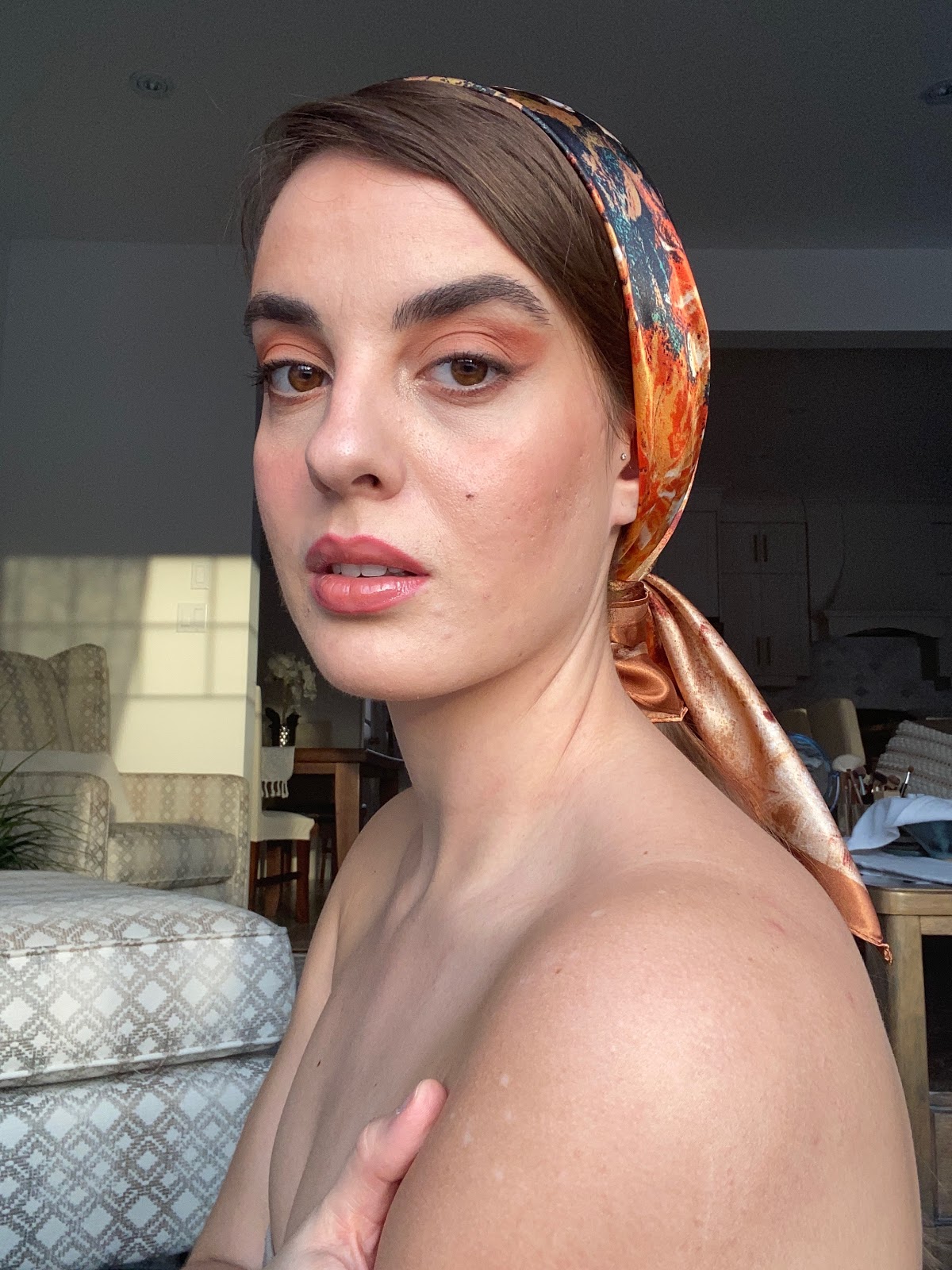 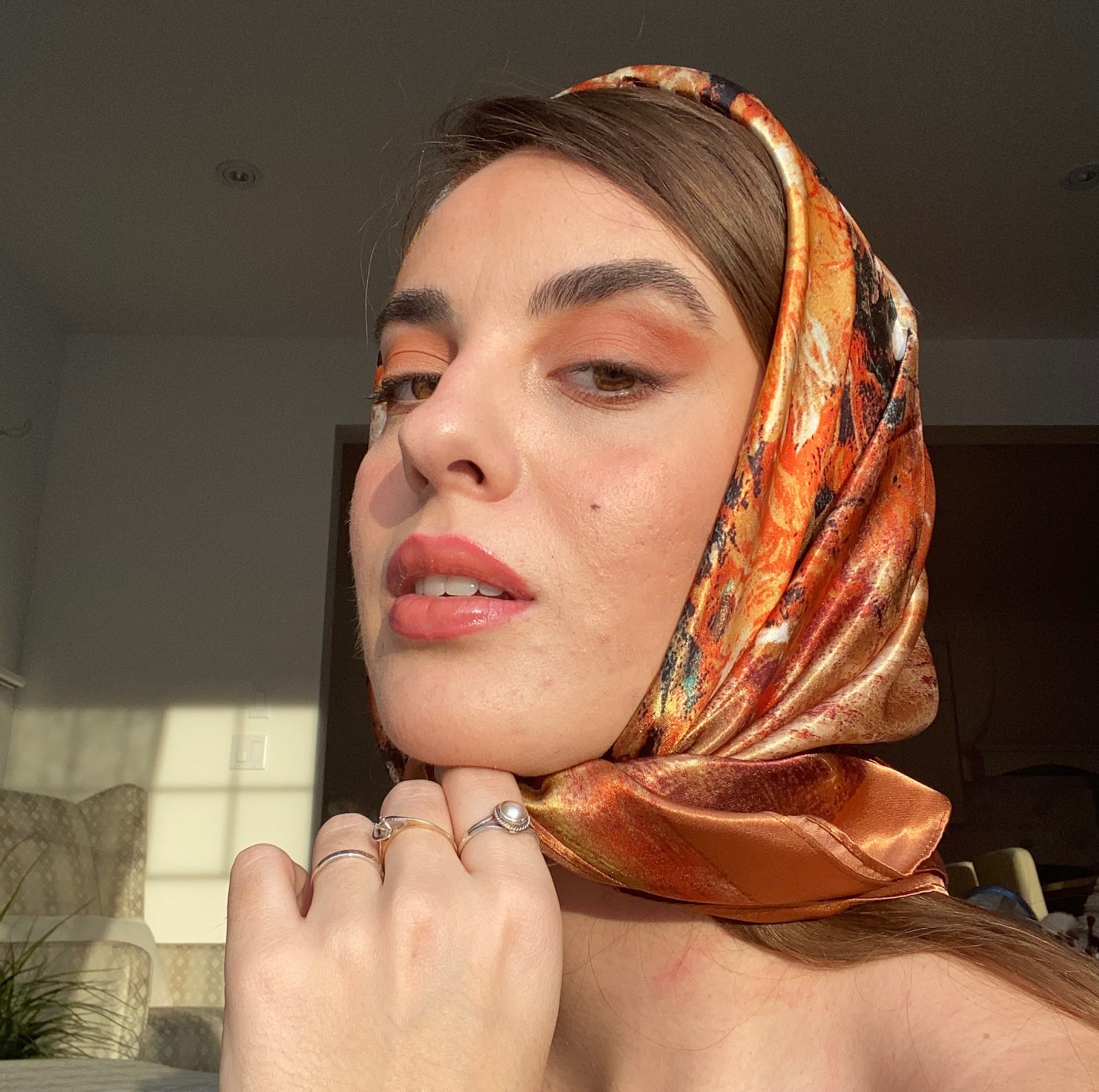