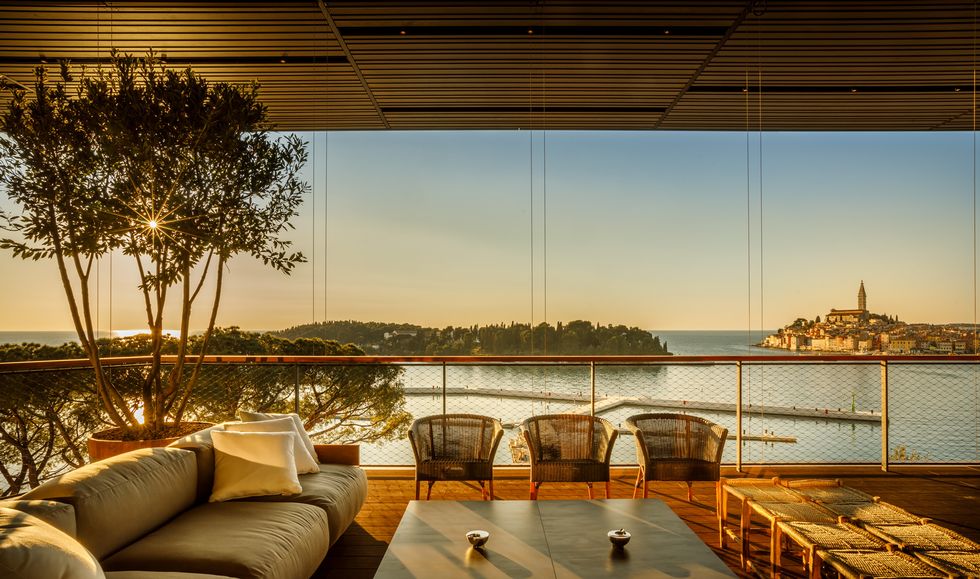 Grand Park Hotel in Rovinj, Croatia has won the Hotel Property Award 2020 which was presented last week in Munich at the hotelforum conference.

Grand Park Hotel Rovinj, which opened in 2019, is a collaboration between Maistra, the local architectural studio 3HLD and the Milan studio Lissoni Architettura, run by Pierro Lissoni, one of the most prominent and world-renowned Italian designers and architects, who define world trends in product design.

The hotel is situated across from the old town of Rovinj, with a view of the Church of St Euphemia and the island of St Catherine. Guests can enjoy the view from one of the 209 rooms and suites of the six-floor hotel, along with a variety of excellent restaurants and bars, including their signature restaurant Cap Aureo, the 3800 sq. m Albaro Wellness&Spa centre, and Lungomare Plaza promenade packed with stores, restaurants and bars.

The hotel welcomed its first guests on 1 April 2019, while the opening ceremony was held on 1 June, accompanied by the Adris 44Cup regatta and performance given by one of the world’s greatest tenors, Andrea Bocelli, in Lone Bay. Andreas Martin, Managing Director of hotelforum management GmbH: “This year’s prize-winner has impressed us by successfully combining the clear, modern architectural language of Croatian architects 3LHD from Zagreb with the elegant Italian interior design signature of Piero Lissoni and partners from Milan. The Grand Park Hotel Rovinj is integrated into the surroundings in such a way that guests can enjoy a variety of spectacular views of the bay and of the town of Rovinj. In combination with the intensive greening of the building, this means that the hilly coastline between the waterside and the surrounding pine trees is treated with respect.” The Award targeted both hotel developers, owners and operators. Applications to the “Hotel Property Award” were received from hotels that were opened between January 2019 and July 2020.

The jury was looking for a successful interplay between architecture and design, integration into the project environment, sustainability and technical innovations, the originality of the concept, as well as cost-effectiveness.