The campaigns to attract tourists to Croatia in the postseason will last until the end of September and focus on advertising and promoting nautical and cultural tourism, wine & food and active holidays through adventure, sport and cycling tourism. The campaign will run on websites, displays, social media such as Facebook, Instagram and Twitter, and YouTube.

“Although we are in the heart of the tourist year which has produced great planned results, we are focused on the postseason which we are expecting a lot from, especially in the nautical tourism segment, which is up by 9% over the same period last year,” said the director of the Croatian National Tourist Board Kristjan Staničić, adding that it was a product that has a strategic importance for the extension of the season.

Croatia will continue to be promoted through its famous footballers by connecting them with their hometowns with Mario Mandžukić promoting Slavonski Brod, Domagoj Vida -Donji Miholjac, Luka Modrić – Zadar, Ivan Perišić – Omiš, Ante Rebić – Imotski, Dejan Lovren – Karlovac and so on through the slogan ‘Croatia, Full of excellent players’.

The postseason campaign will be followed by the autumn version of Croatia Feeds through the title ‘Take a Tour of Champions in the Tiny Country Which Dared to Dream’.

“We believe in further strengthening September during which the weather conditions in Croatia are still very favourable, and tourists can experience Croatia and Croatia’s tourist offer in a more peaceful environment than during the main summer season and  also October which is becoming increasingly accessible to tourists all over the world with a significant number of airlines active still at the end of October,” says Staničić.

One of the visuals used to promote cultural tourism is Nikola Tesla and his memorial centre in his hometown of Smiljan in Lika with the slogan ‘This Place is Electrifying!’

Cycling tourism is promoted with a visual of the island of Pag with the slogan ‘You’ve Tried Moon-Walking But Have You Tried Moon-Cycling?’, 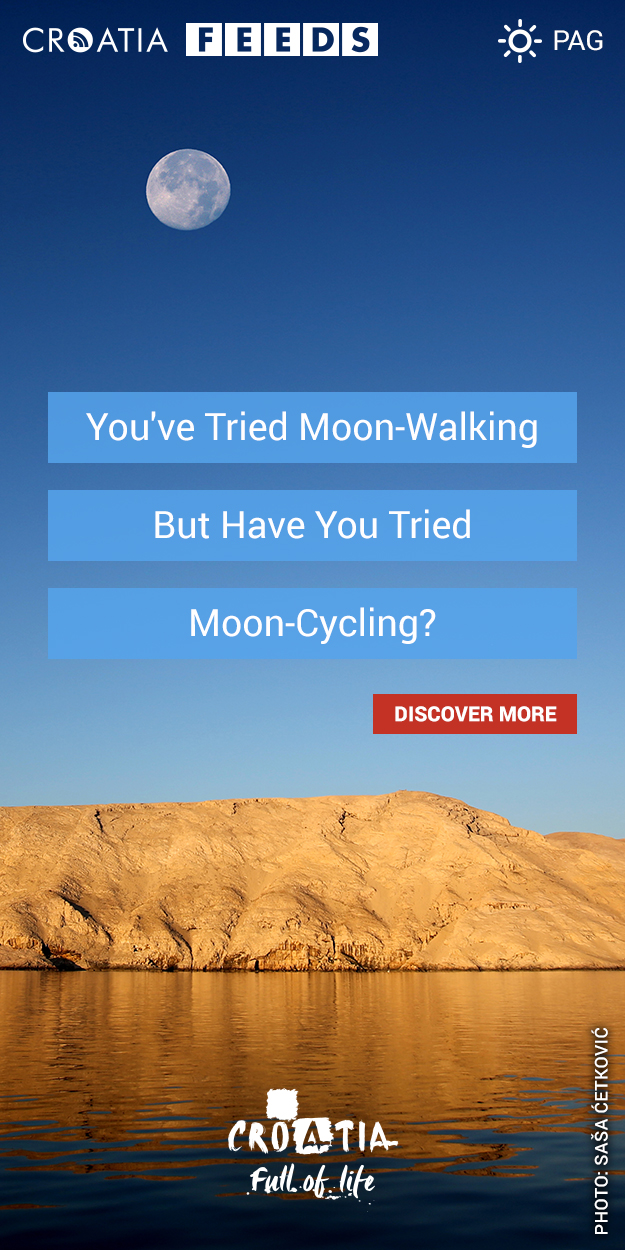 The food slogan reads ‘This meat is so delicious because it’s made by the wind“. 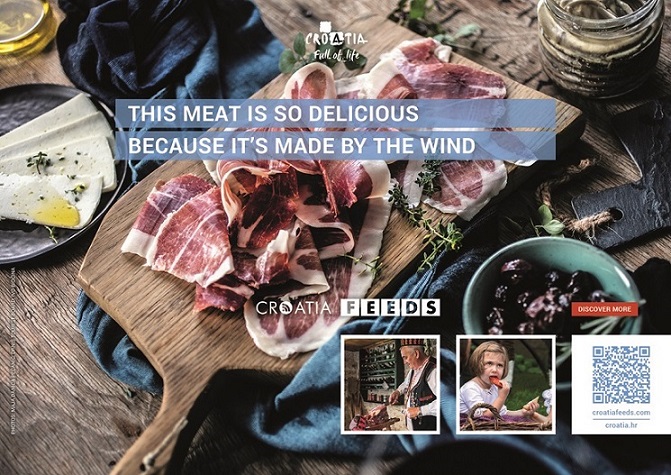