Today marks a first for the Croatian Bridge Federation as the first ever schools bridge match in the country took place in the capital Zagreb.

A total of 16 pupils took part in the match, which was played over 4 boards. The children have been learning the game of bridge for a year to get to this stage.

The team from Mihaela Šiloboda school are taught by Nikica Šver, who is the current ladies world pairs champion, whilst Bright Horizons are coached by Vjeko Zepić, a many-time Croatia international. 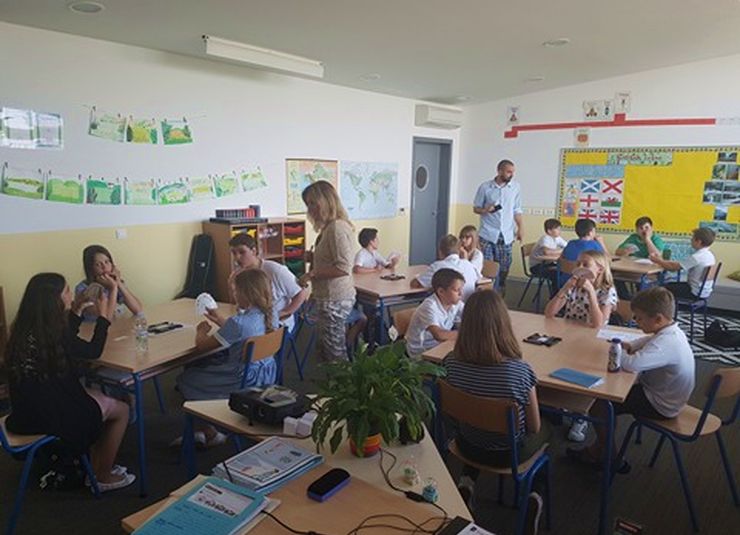 Action from the first schools bridge match in Zagreb

The winners of the first schools bridge match in Croatia were Kaya and Eliza from Bright Horizons with 15 points. Lara and Karlo, and Zlatko and Štef from Mihaela Šiloboda school finished in joint second place with 14 points. 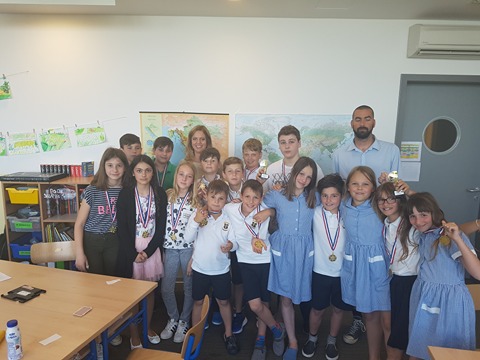 Bridge, which is one of the world’s most popular card games, is a trick-taking game using a standard 52-card deck. It is played by four players in two competing partnerships, with partners sitting opposite each other around a table.

The Croatian Bridge Federation is interested to include more schools in the teaching programme and more information can be found by contacting Vjeko Zepić at: [email protected]