Singles victories to Borna Ćorić (2) and Marin Čilić gave Croatia a 3-2 win over the USA in the semifinal of the Davis Cup to qualify for the final for the third time in history.

The win saw Croatia jump from 4th to 2nd in the world tennis rankings which were released on Monday.

Croatia overtook Argentina and Belgium after Sunday’s historic victory. Argentina is third with 18,185 points followed by Belgium in fourth place with 14,941 points. Great Britain in the fifth-ranked team in the latest rankings.

Finalists Croatia and France, as well as losing semifinalists USA and Belgium, automatically qualify for the next year’s World Cup which replaces the current Davis Cup format. 12 other nations will qualify with two teams getting invitations. The draw for the 12 teams qualifying will be made on 26 September. 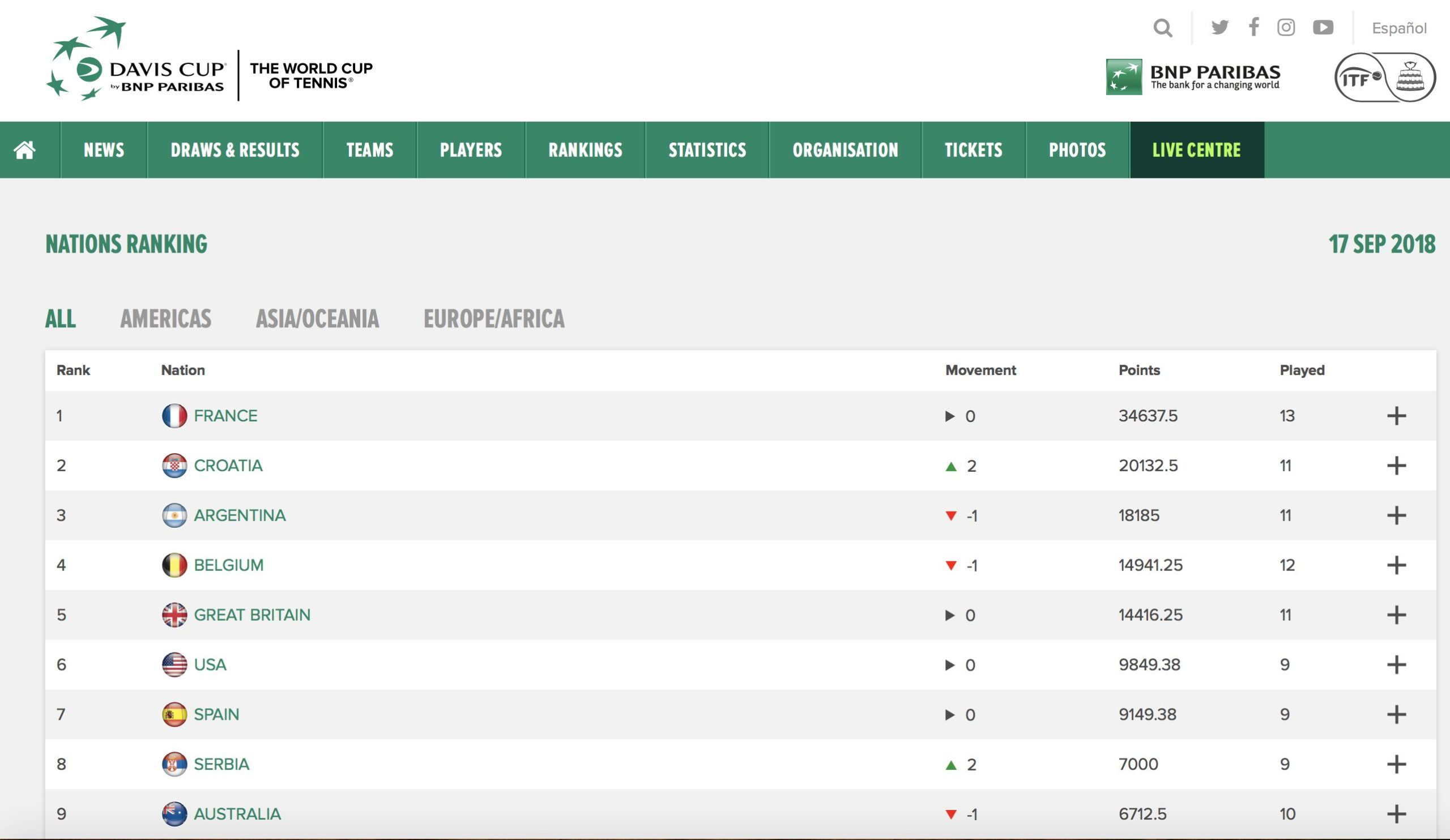