Among England’s 19 most heartbreaking moments are two which Croatian fans remember well.

In 19th spot is Croatia’s famous 3-2 victory over England at Wembley in their 2007 European Championship qualifier which knocked England out of Euro 2008.

“Steve McClaren’s side only needed a draw against Croatia at Wembley to book their place at the tournament, but after they came from two goals down to level the scores at 2-2, Mladen Petric fired home a dramatic winner 13 minutes from time.” writes FourFourTwo. 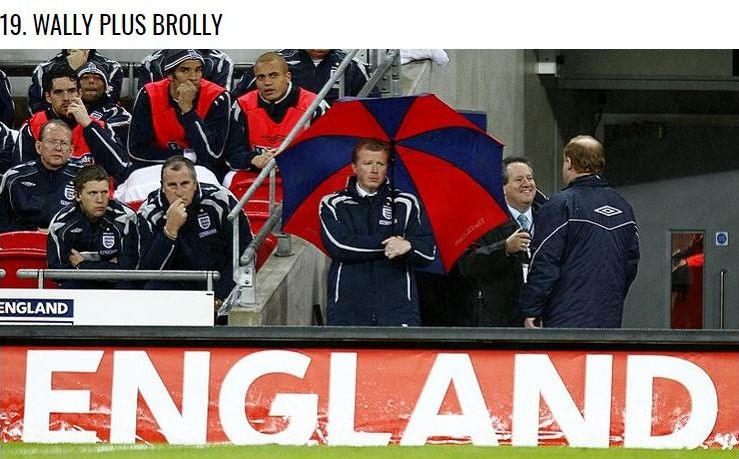 England Boss Steve McClaren was famously snapped standing in disbelief with an umbrella, promoting the tabloids to label him “Wally with the Brolly” is the press.

The second bit of pain dished out by Croatia came in at No.16 on the list.

This time it was in Zagreb during when Croatia beat England 2-0 in their European Championship qualifier in 2006.

“Steve McClaren’s England needed a lift following their goalless draw with Macedonia at Old Trafford in their previous encounter. What they definitely didn’t need was Gary Neville’s routine back pass to bobble off a loose piece of Croatian turf, causing goalkeeper Paul Robinson to mistime his clearance. The ball rolled past the bemused shot-stopper to seal a valuable three points for the hosts. Robinson’s England career never recovered.”

Check out the full list of the 19 worst moments in England national team history here.