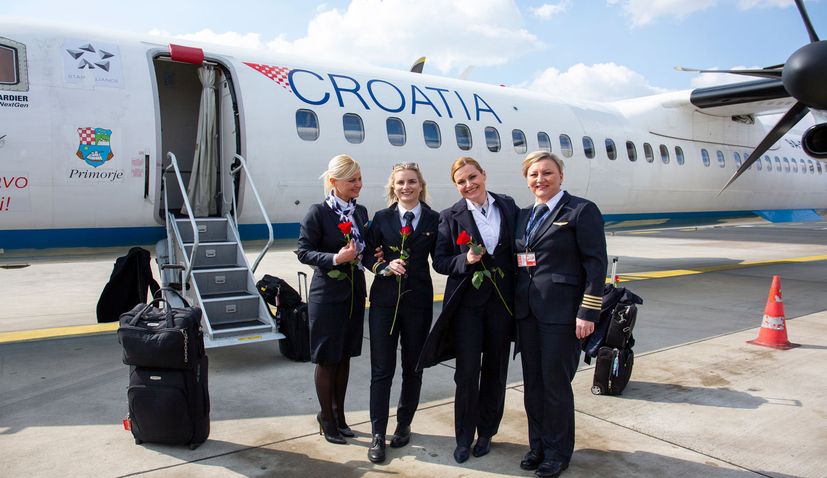 ZAGREB, March 8, 2022 – As part of the celebration of International Women’s Day, national airline Croatia Airlines passed on congratulations to passengers on its Zurich to Zagreb flight (OU461) and brightened up their day with a special voucher.

During the flight, all passengers were presented a special voucher giving them a 30 percent discount when buying a ticket for the next trip with Croatia Airlines. Affirming the importance of women in society and in this way, the airline also gave them roses, as a sign of appreciation, but also thanks for perseverance and dedication to their work. In the structure of Croatia Airlines employees, women make up almost half of the workers (48 percent), while the company continuously monitors modern trends in the labour market and increasingly gives preference in employment to members of the fairer sex.