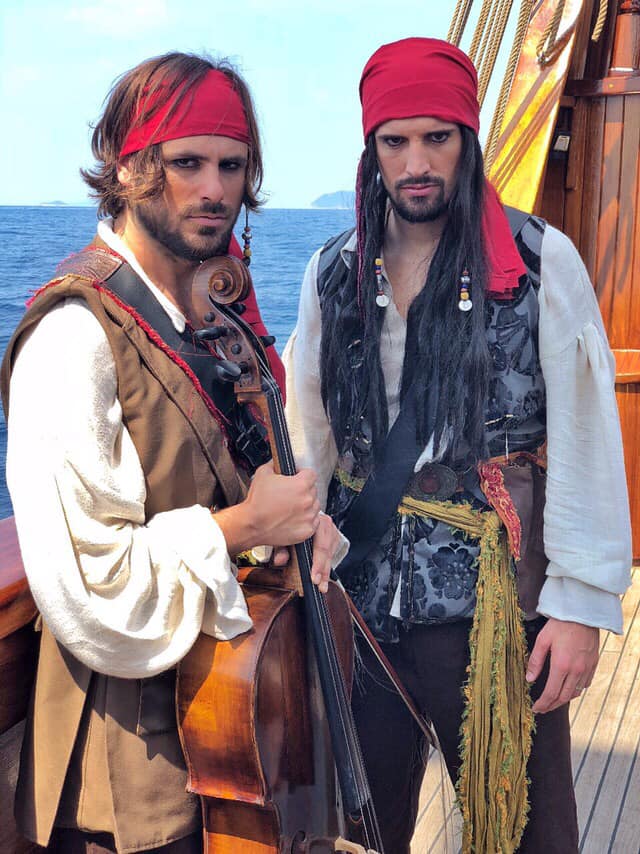 Pirates of the Caribbean (2CELLOS)

A big day on Friday for Croatian cello stars 2CELLOS. The duo today dropped their latest video, released their new album and announced US tour dates.

Their new album, Let There Be Cello, has been released on Friday, 19 October. The album is a follow-up to the 2017 release of Score.

The new album finds Luka Šulić and Stjepan Hauser exploring a diverse catalogue with their signature boundary-breaking playing style. The collection includes their take on everything from the latest pop hits (“Perfect” by Ed Sheeran, “Despacito” by Luis Fonsi) to hard-hitting rock songs (“Eye of the Tiger” by Survivor, “Seven Nation Army” by The White Stripes) to celebrated classics (“Imagine” by John Lennon, “Hallelujah” by Leonard Cohen) to never-before-heard original compositions (“Concept2,” “Cadenza”) for a listening experience unlike any other.

2CELLOS announce dates for their 2019 LET THERE BE CELLO US TOUR, set to kick off February 5 in Seattle.

2CELLOS 2019 LET THERE BE CELLO US TOUR DATES

On Friday they also dropped their latest video, Pirates of the Caribbean which was shot on the Croatian coast near Dubrovnik on board the wooden ship – Karaka Dubrovnik.