Plans for a new hotel at Zagreb Airport

The impressive new Zagreb Airport, which is set to open in March 2017, is set to also get a brand new hotel on site, reports daily Jutarnji list…

Academics Branko Kincl and Velimir Neidhardt, as well as architect Jure Radić, who were the team that were behind the design of the new Zagreb passenger terminal, have revealed to Jutarnji list that they have just finished working on plans for new hotel located at the airport.

The planned medium-sized hotel will have 150 rooms with a maximum of 300 beds and will hold 4 stars. The hotel will also feature a congress centre, shops, wellness facilities and a closed parking garage.

How the hotel will look from the outside

There will also be a restaurant on the same level as the entrance, with a bar, shops and the wellness centre. The first floor will have office space which can be rented out as well as meeting and function rooms. On the roof of the hotel there will be a terrace which will have an open area for exercising, a fresh juice bar and hydro massage facilities. 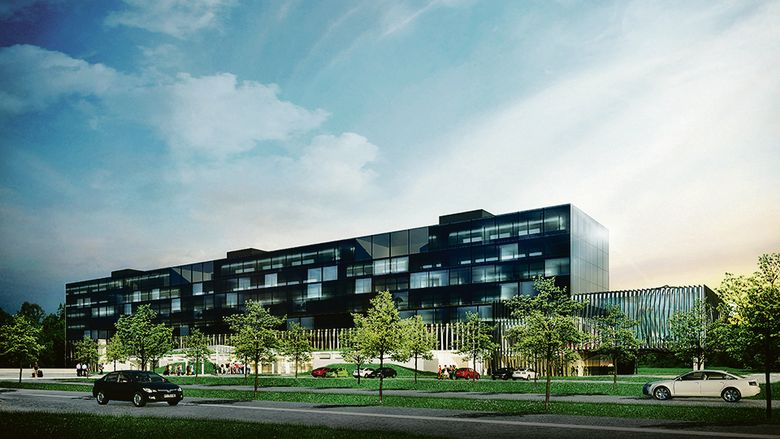 The plan is the hotel will be connected with the airport via a 200-metre underground walkway.

New Zagreb airport which will open early next year

The total investment of the hotel is estimated at around 15 million euros and currently partners are being selected to undertake the project.