On this day, 23 April, 124 years ago, the funicular in the Croatian capital was first put into operation.

Today the funicular, situated in Tomić Street, connecting Ilica Street (Donji Grad) with Strossmayerovo šetalište (Strossmayer promenade) to the north (Gornji Grad), is one of the cities recognisable attractions.

Its 66-metre (217 ft) track makes it one of the shortest public-transport funiculars in the world. The funicular was built in 1890 and has been in operation since April 23, 1893.

View of the funicular from the old town (photo: Orlovic under CC) 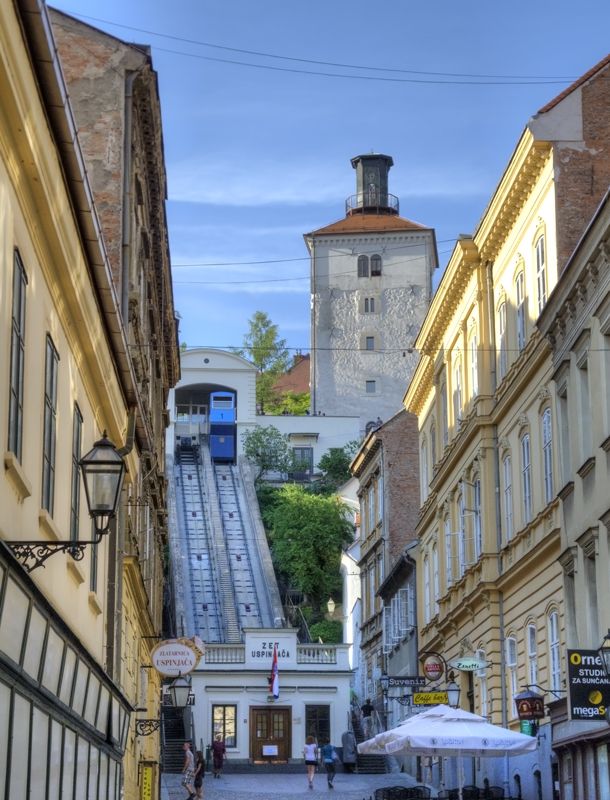 Check out this video below: