Home » Entertainment » Women Can Do It! Stories of three women who showed the way in Zagreb earthquake aftermath 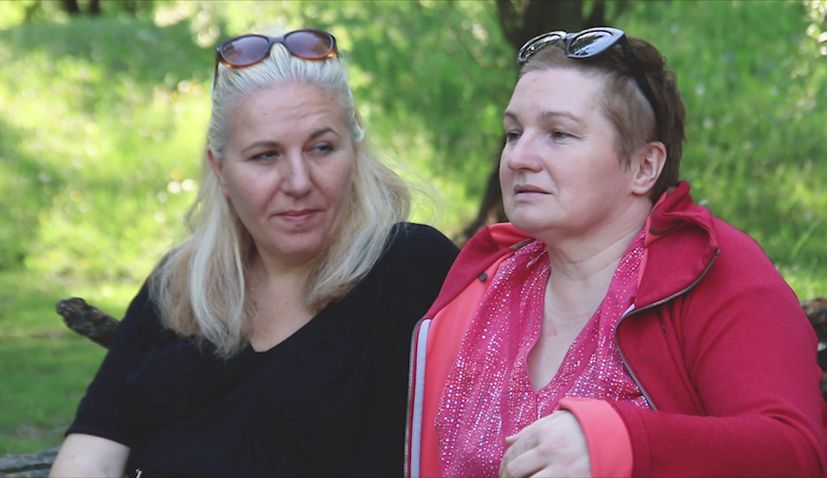 The devastating earthquake that struck in the middle of the pandemic left the city of Zagreb in ruins and a lot of people in a permanent state of fear.

In her short documentary titled “Women Can Do It!”, filmed during April and May 2020, Croatian director and writer Danijela Stanojević follows three women who selflessly shared their knowledge, and time by volunteering and helping their communities.

The film shows how the citizens organised themselves and helped each other in an unbelievably difficult and crisis situation.

Through personal stories of Sanja, an independent artist whose home was damaged in an earthquake, Jasminka a professor of psychology who engaged in helping her community and activist Gordana, one of the loudest voices against Zagreb’s mayor, the author paints a broader picture about unprepared city management and media censorship in time of crisis.

“In 2020, we were all awaited by a change that suddenly slowed the world. In economic terms, the change is related to the fact that life under the threat of a large virus has stopped for a month or two, and this has left great consequences. Self-isolation and isolation from normal activities opened the door to many injustices, earnings from other people’s efforts, making political points, and thus the opportunity to impose new laws, principles and use the artificially created “time vacuum” to change the social picture.

Zagreb, the capital of Croatia, was hit by an earthquake on March 22nd, which, along with the virus, sowed fear that prevailed in society, and further disabled citizens. The picture of the centre of the capital changed. In ruins, Zagreb was taken back 140 years. The old buildings were completely destroyed. Public transit was stopped. People were left without roofs over their heads. The state and the City, which depend heavily on tourism, lost most of their revenues. Suddenly, everything stopped, the flow of money, life, and the time of great injustice and resistance by citizens came. There is no help for the citizens, no social policy towards those who have been left without a roof over their heads. Citizens self-organise and help each other. Resistance is growing.

In all of this, women who selflessly shared their knowledge, time and volunteer social engagement did best. Women who not only helped themselves, they helped the entire community. Through their engagement, they change the situation in which they help and make progress that will only resonate in the future,” said Danijela Stanojević in her statement.

Through their stories, we discover the real state of the Croatian capital. All three protagonists are different in character, social status and professions.

Jasminka Sabol Mužinić, a professor of psychology, talks about the fear that has taken over the lives of citizens in Zagreb and Croatia, and how people are facing the consequences of the Coronavirus and earthquakes. The routine of life was emotionally, psychologically, existentially congested and disturbed. As soon as the panic about the Coronavirus pandemic started, Jasminka stopped her sick leave, rolled up her sleeves, and enlisted the help of medical staff, mostly doctors. But her engagement didn’t stop there, she helped everyone and filmed a series about psychological help.

Gordana Orsag Pasanec is an activist who talks about her engagement in her later years where she decided to dedicate her time to fighting for the City. Her activism is a political engagement where she reveals to journalists and the media all the deviations of the governance of Mayor Milan Bandić.

Sanja Bachrach Kristofić is an artist who talks about her fear for existence and who is a victim of the earthquake, considering the fact that her house was destroyed by the earthquake. She was also fully engaged around changing the law for artists. She also revealed all the irregularities and showed the reluctance of the City and city services to help citizens. However, despite all the obstacles that have befallen her, she is active, engaged in the fight for the rights of artists, but also for all those affected by the earthquake.

Below you can watch the film, which has English subtitles.