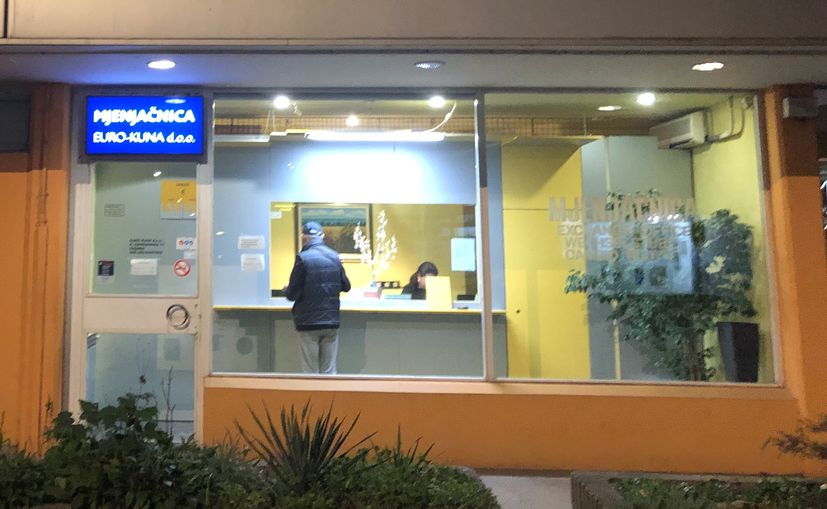 A money exchange outlet in Zagreb

ZAGREB, 4 Jan (Hina) – Uncertainty, closure of business, waiting or switching to cryptocurrencies are some of the plans and options entertained by money changers in Croatia, says the Jutarnji List daily of Tuesday.

On Monday morning, the first day since euro introduction that exchange offices opened despite the fact that they can no longer exchange kuna for euros, which used to account for 85% of their operations, most money changers reported almost no transactions.

Anita Filipović, an employee in one of those offices, said that their Slovenian colleagues had told them that after Slovenia introduced the euro, only 5% of all money changers, mostly in downtown Ljubljana, survived.

Most money changers interviewed by the daily say that between 5% and 10% of exchange offices in Croatia could continue operating.

According to data from the Croatian National Bank, there are 1,147 money changers in Croatia that have the relevant permits issued by the HNB. Together they operate around 3,500 exchange offices and employ more than 10,000 people.

Around 900 money changers provide the service of foreign currency exchange, and on average 86% of their business operations refer to the euro, around 6% to the US dollar, and around 5% to the Swiss franc.

An exchange office owner said some of his colleagues were considering switching to cryptocurrencies.