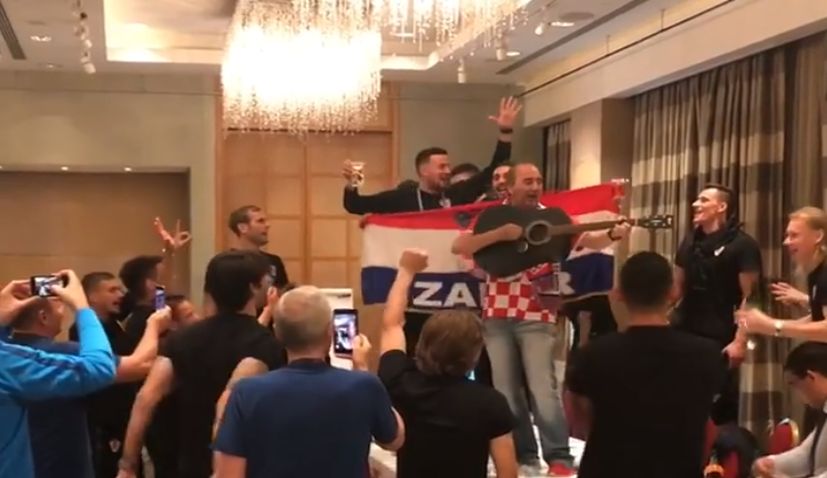 Mladen Grdovic joined the team at the hotel (screenshot)

Popular Croatian singer Mladen Grdovic made the trip to Moscow with his guitar in hand as promised.

Grdovic, who hails from Zadar, the same place as four of the Croatian team – Luka Modric, Sime Vrsaljko, Danijel Subasic and Dominik Livakovic, arrived in Moscow yesterday as promised.

When Croatia beat Denmark and Russia it was Grdovic’s hit ‘Nije u soldima sve’ being sung on the team bus by Modric and Co. which went viral. Grdovic said he would come and play for the boys live and he fulfilled his promise.

Back at the team hotel after last night’s semi-final win against England Grdovic got the guitar out. Check out the video below posted by coach Zlatko Dalic.