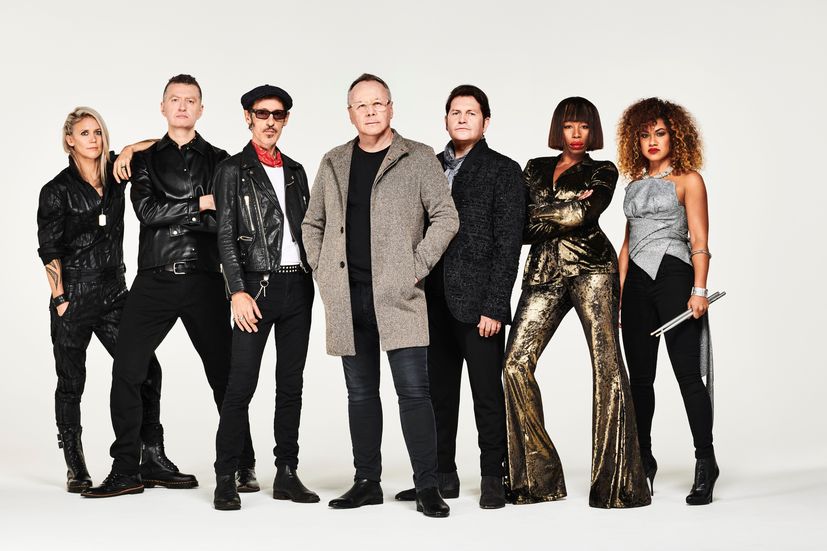 ZAGREB, January 17, 2022 – Scottish rock group Simple Minds will play at Šalata stadium in Zagreb, Croatia on Thursday, June 30, 2022, and in anticipation of their world tour, they have released a new single “Act Of Love”.

The single marks the anniversary of the band’s first performance, on January 17, 1978 at the Satellite City Hall in Glasgow. “Act Of Love” is one of the first songs Jim Kerr and guitarist Charlie Burchill wrote together, and it talks about what Simple Minds went through and where they’re going. Celebrating the youthful passion and beliefs with which they created the band, he continues to show what drives them to make music.

“Act Of Love” is synonymous with the beginning of Simple Minds, and it was the band’s first song anyone heard and a single from the demo that secured a contract with the publisher. I always loved that song, it became our invitation to reunion. Charlie and I decided to save her from oblivion, with a new sound that is nostalgic, but also shows where we are at the moment,” says Jim Kerr.

The legendary rock band led by Jim Kerr, Simple Minds brings their big world tour “40 Years Of Hits” to Šalata stadium this June, eight years after they sold out Male dvorana at Dom Sportova in Zagreb.

The Scottish rock greats are returning to Zagreb to mark four decades of work with a concert that will contain all the most important songs from the rich opus.

The band will play two long sets, and this evening will be dedicated to a cross-section of their career in which they created timeless hits.

“The tour has to be special, so we designed everything very well. You will hear all the classics and all the great songs, and for hard core fans we will perform things that we haven’t played for the longest time,” explains frontman Jim Kerr.

As an introduction to the anniversary, the group released the live album “Live In The City Of Angels” and the compilation “40: The Best Of 1979 – 2019”. The live release was recorded on a long North American tour, while the hit collection is by far the most detailed and exhaustive overview of one of the biggest UK bands’ fascinating careers and includes 40 songs, from mega-hits like “Don’t You (Forget About Me)”, “Alive & Kicking”. “Belfast Child”, “Mandela Day”, “Promised You A Miracle”, “Glittering Prize”, “Waterfront”, “Sanctify Yourself”, “New Gold Dream (81, 82, 83, 84)”, “War Babies” to a new song, a rendition of King Creosote’s “For One Night Only.”