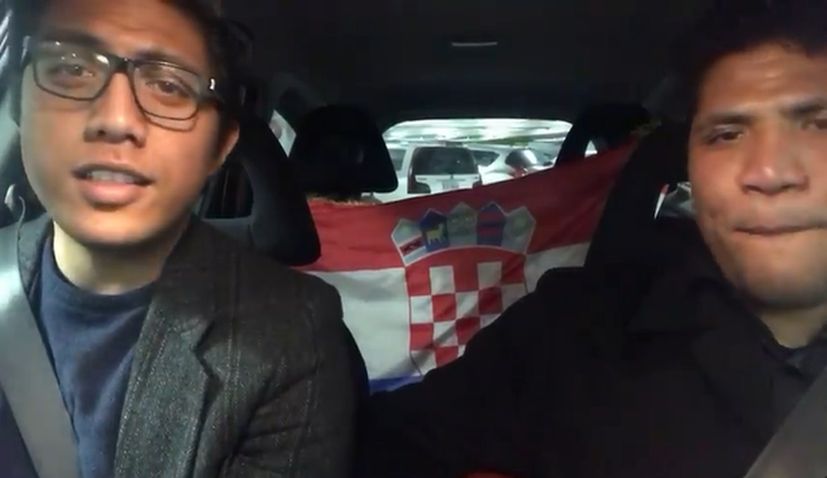 One of Croatia’s fiercest supporters is a group of Samoans living at the bottom of the world.

“We are full Samoan but Croatia is our second home.”

New Zealand-based Samoan a capella group Klapa Samoana, who sing traditional Croatian songs in Croatian, have a strong love for Croatia and have been showing their support throughout the World Cup.

Led by Christian Malietoa-Brown, a few of the group’s members have been gathering to watch the matches in the early hours of the morning in Auckland, New Zealand and celebrating by doing what they do best, breaking into song.

After Croatia beat England to reach the World Cup final the boys’ video went viral as they sung the football team’s unofficial theme song ‘Lijepa li si’ and took to the streets of downtown Auckland with a huge Croatian flag.

Now on the eve of the final Christian and Klapa Samoana member Austin have wished they boys luck in the final with a rendition of Mladen Grdovic’s ‘Nije u soldima sve’, which has become the celebration song of the team in Russia.

“We are full Samoans but we hope this weekend we are one family. We are all supporting our second homeland Croatia. Nasa Hrvatska. Let’s go boys.”

Check out the awesome rendition below.