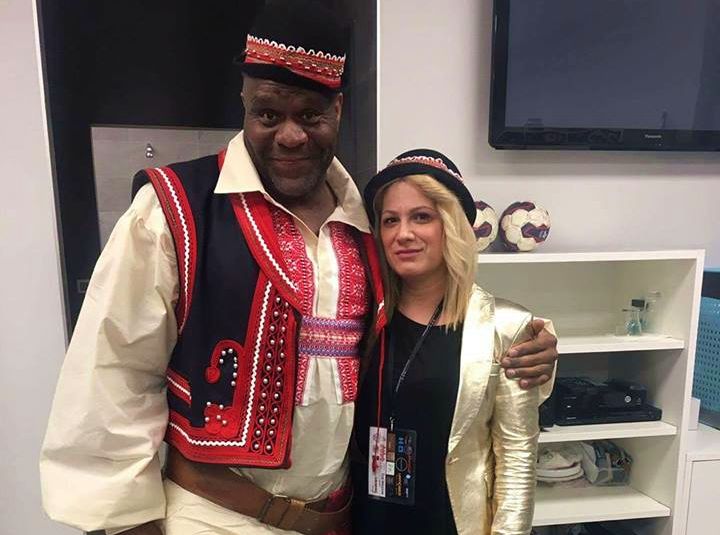 Popular MMA fighter Bob Sapp was more than happy to put on a Croatian traditional costume and speak a few words of Croatian.

Sapp has been in the Croatian capital Zagreb for the past few days and was a guest at last night’s Munja Fighting Championship.

Always the entertainer and much to the delight of the crowd, Sapp came out at the start of the night and paraded around wearing a traditonal costume from Šestine (in Zagreb).

The replica costume was made by well known Croatian designer Diana Hunić.

“When organisers presented me with the idea I didn’t think about it for a moment. From the first minute I arrived in Zagreb I wanted to try on the costume which Diana made for me. I can not describe how proud and honoured I am to have the opportunity to put on something which belongs to the beautiful Croatian tradition”, Sapp said.

Check out the video below:

Sapp, who says his favourite fighter is Cro Cop, was a former American football player, and has had a successful kickboxing and mixed martial arts career. He is currently under contract with Rizin Fighting Federation and has a combined fight record of 22–35–1, mostly fighting in Japan.

Sapp attracted a lot of media attention during his stay in Zagreb, especially when he decided to go out for a bite to eat. It was said that Sapp ordered a platter of meat for himself.

He is well known in Japan, where he has appeared in numerous commercials, television programmes, and various other media.