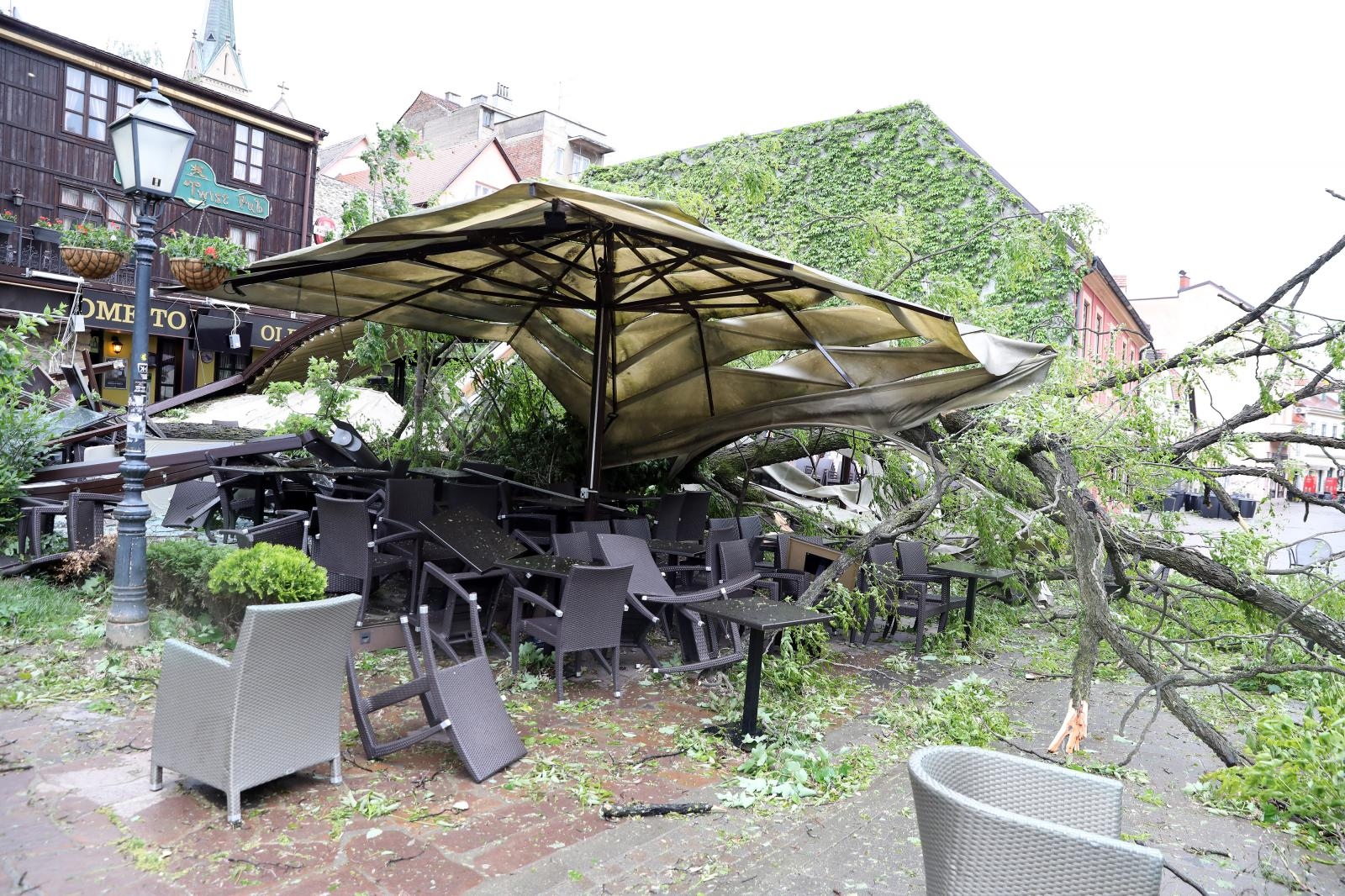 ZAGREB, May 13, 2019 – Wild winds have battered the Croatian capital Zagreb with emergency services called out to over 240 incidents overnight.

Hurricane-force winds of up to 80 km/h brought created chaos around the city, bringing down trees, stands, roofs, street signs and lights.  Police said two people were injured by falling debris.

More than 20 trees were blown down at Bundek, forcing the big garden show Floraart to be postponed.

“Because of the strong and stormy winds that will continue to blow in the Zagreb County, it is recommended that citizens do not go outdoors if they do not need to. Especially the elderly and children. We recommend citizens to use public transport and ask people not to go to the surrounding mountains”, Zagreb police said in a statement.

Winds of up to 120 km / h are possible on Monday and Tuesday, whilst severe Bura winds in excess of 150 km/h are forecast for the Kvarner region.

You can see the havoc caused by the winds in the video below (video by Patrik Macek, Davor Puklavec, Marko Prpić/PIXSELL)