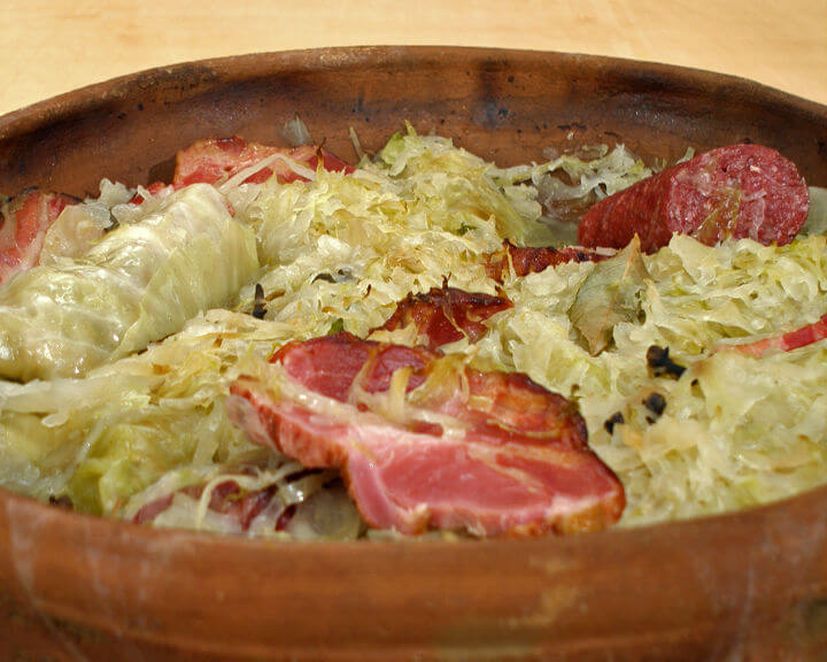 Sinjski arambašići is a traditional dish from Sinj in inland Dalmatia but has been adopted in other towns along the coast.

Sinjski arambašići is on the list of protected intangible cultural heritage of the Croatian Ministry of Culture.

It is a Dalmatian version of sarma – the popular stuffed cabbage leaves dish. Check out the recipe and video below.

1. Dice the beef, veal and pork and place in a bowl.

3. Separate the sour cabbage leaves (cut off the thick root at the bottom of the leaves so it is easier to roll).

4. In each leaf put about 1 heaped tablespoon of the meat mixture in. Roll and tuck in the ends so the filling does not come out.

5. At the bottom of the pot, you will use to cook them cover with sour cabbage leaves and some chopped sour cabbage.

6. Place the meat rolls on top and add the dried meats around it. Add some more chopped sour cabbage on top, add some cloves, bay leaf, and add enough water to cover all. Cover and cook in an oven for 2 and a half hours at 200°C.