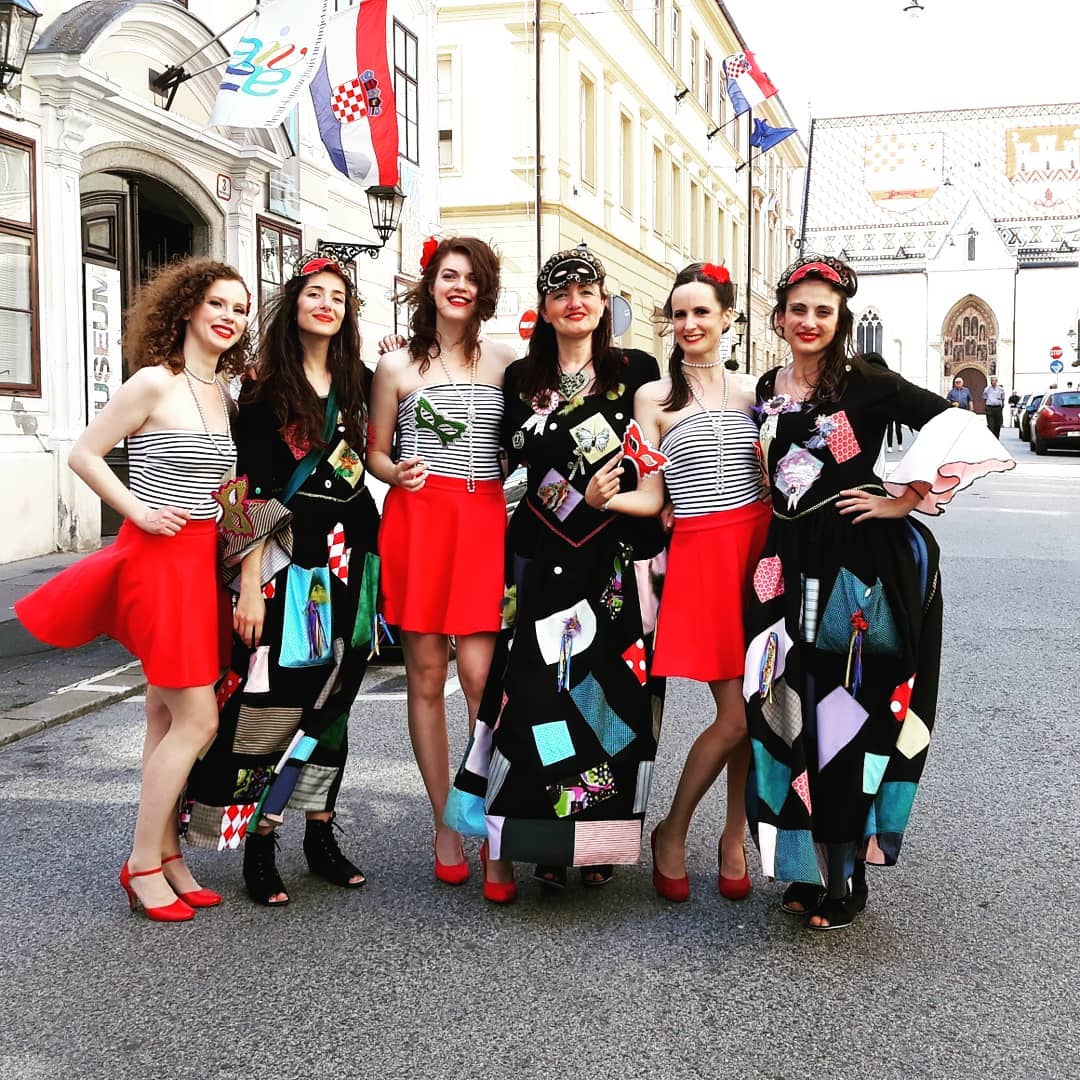 (Photo: Walk with the Kolumbinas)

ZAGREB, 30 January 2020 – There are a number of ways to tour around the Croatian capital depending on what your interests are. One way to see the city and some of its landmarks is via the performance and interactive tour – Walk with the Kolumbinas.

The walk around the capital offers plenty of acting performances based on Croatian cultural and artistic heritage in the areas of literature, theatre and film, combined with historic facts and legends connected to the famous sites it includes around Zagreb.

“It is an artistic walking tour of Zagreb, in the form of an interactive play and it includes elements of Commedie dell’Arte and a theatrical clown. Our show lasts 1 hour and 45 minutes on Saturday evenings, performed throughout the calendar year. Strollers of all ages are more than welcome,”Irena Matas from Walk with the Kolumbinas says. (Photo: Walk with the Kolumbinas)

Their 6 minute film, ‘Walk with the Kolumbinas’, filmed last June, was created with no budget at all but with big heart. It won the jury prize in the category “Best Self-made Film“ at the Film Festival “Avant and Una“ in Bihac, Bosnia and Herzegovina, last August. The film was entered into various film festivals throughout Europe and the world and so far has been officially selected at a number of film festivals.

“Our film depicts the beauty of the centre of Zagreb in the summer. The city of Zagreb was declared to have The Best Christmas Market in Europe in 2016, 2017, and 2018 and was voted No.3 Best Christmas Markets in the World for 2019 and that inspired us to make the new project to portray the cheer and joy of Advent in Zagreb with us Kolumbinas,” Irena says.

For English speaking groups interested in going on the “Walk with the Kolumbinas DownTown” tour you can contact [email protected] to get all the details.