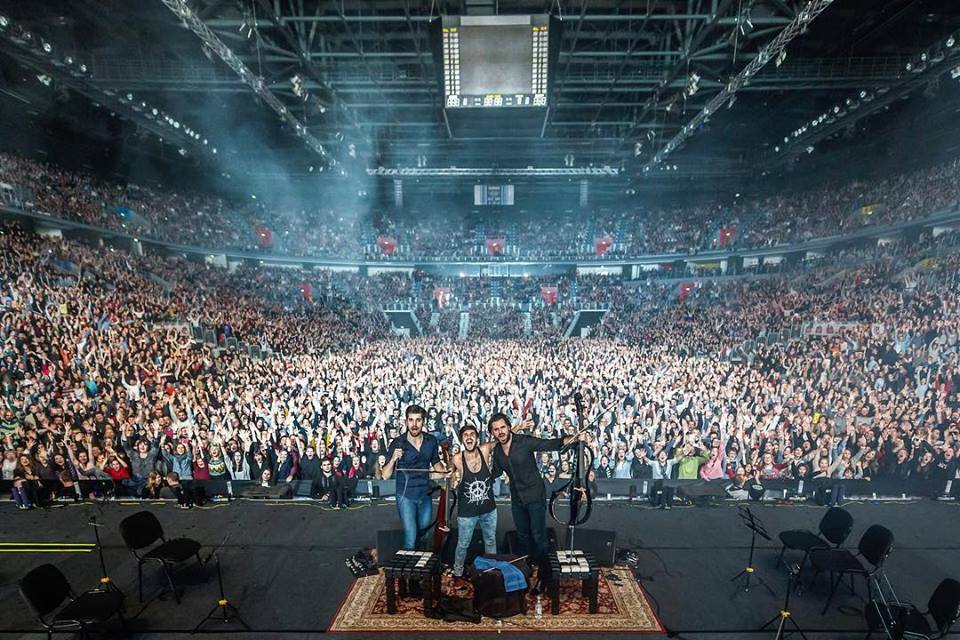 Zagreb got the chance to see 2CELLOS in action last night as the cello duo played the second and final home concert on their sold-out World Tour.

After packing out Spaladium Arena in Split last week, more than 10,000 fans turned up t see Luka Sulic and Stjepan Hauser at Zagreb Arena and they were not disappointed.

2CELLOS have been touring North America and Europe and last night they gave the Croatian capital a taste as they played a series of tunes from their latest album Score, as well as some other classics.

In the first part of the night, they played some classic film themes like ‘Chariots of Fire’, ‘Godfather’ and ‘My Heart Will Go On’ from Titanic.

Hauser and Sulic also got the crowd going with hits like Avicii’s ‘Wake Me Up’ and ‘Despacito’.

They ended the night with U2’s classic ‘With or Without You’.