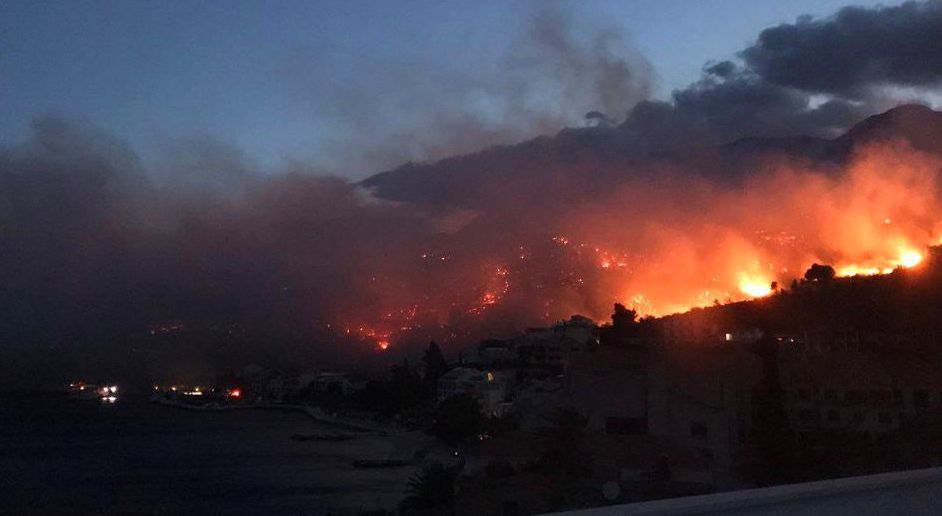 Around 200 firefighters have been battling a large blaze which started in the early hours of Sunday morning in Podgora on Croatia’s Dalmatian coast.

The fire started in forest land in between upper Tučepi and Podgora on the Makarska Riviera early this morning which has forced roads to close and has seen guests evacuated from a nearby hotel.

Three Canadair planes and around 200 firefighters have been battling to control the blaze since the morning. Power is out in Podgora.

According to daily 24sata.hr, guests from Hotel Sirena were forced to evacuate the hotel this morning as parts of the Jadranska Magistrala, the D512 between Makarska – Vrgorac, and other roads towards Biokovo and Sveti Jure closed.

At this stage, the fire, which started at around 2:30 am, had not affected any homes in the area. Strong winds, however, have made the firefighters task more difficult as the fire spread north towards the forest land near Biokovo Nature Park.

UPDATE: The fire was finally put out on Sunday afternoon around 17:00 pm. There were no casualties, but Firefighters have marked a safe zone around the area to make sure it does not return during the night. The good news is that the strong bura winds which made conditions difficult have eased.