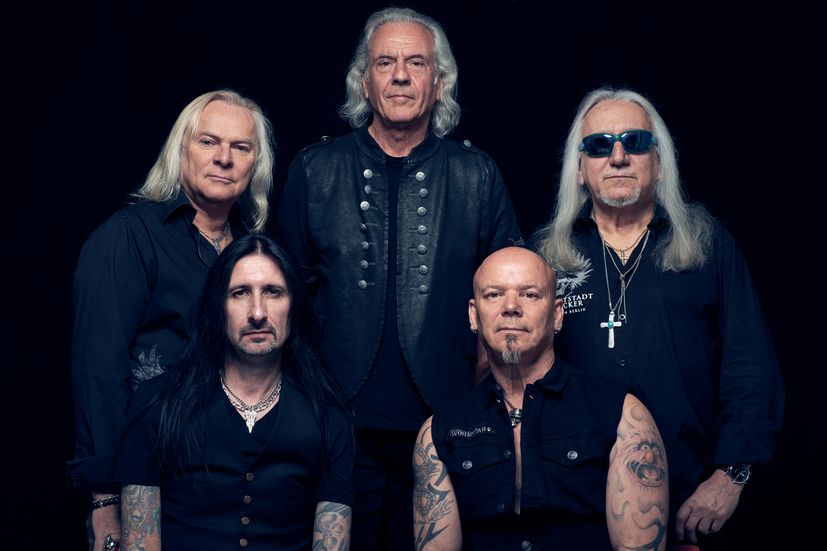 ZAGREB, November 30, 2021 – Uriah Heep, one of the biggest British rock bands, is coming to Zagreb as part of their 50th Anniversary Tour.

Uriah Heep will play at Dom Sportova’s Mala Dvorana on 25 October 2022 it was confirmed today.

The tireless rock machine will show on their world tour why after half a century of performing they are one of the most recognisable names in the genre.

As one of the most respected bands, they relentlessly keep the tradition of original progressive hard rock alive. Formed in 1969 during the golden age of music, Uriah Heep are part of a group of bands including Led Zeppelin, Black Sabbath and Deep Purple in being credited for the recognisability of the genre.

Helping to create a unique British heavy metal sound, they made history with their debut album “Very‘ Eavy, Very ‘Umble”. The record defined an entire period and marked the 70s, and its influence continued well into the 80s. They indebted the world as pioneers of hard rock, heavy metal and progressive genres, and their impressive use of vocals left a mark on the genre.

The longevity of Uriah Heep is a confirmation of their tireless work, the music they create and unforgettable performances. In a career spanning more than half a decade, they have released 25 studio albums, 21 official live albums, sold more than 45 million records worldwide and played more than 4,000 performances in 60 countries.

From the very beginning, until the last studio work “Living The Dream” from 2018, as well as the DVD “Live at KOKO”, Uriah Heep remained known for creating infectious hard rock combined with great harmonies and melodies.

This major world tour in Europe takes them through 28 countries, 61 performances and represents the ultimate celebration and confirmation of the title of one of the most important British rock bands of all time. Hits from a rich career such as “Gypsy”, “Easy Livin ‘”, “The Wizard”, “Sweet Lorraine”, “Stealin”, “Lady In Black”, the band will bring to Zagreb’s Dom Sportova.

Tickets go on sale Friday, November 3 from 10 p.m. Early bird price for the ground floor will be 190 kn, and for the stands 220 kn and will be valid until 31 December.