A star-studded line-up will greet music fans in Split, Croatia when Ultra Europe returns this summer after a two-year break.

In March, phase 2 was announced and some powerful headliners join the names above such as DJ Snake, Nicky Romero, Marshmello,. Above & Beyond, Marco Carola, Steve Aoki, ANNA and Amelie Lens.

The 8th edition of Ultra Europe will take place at Park Mladeži in Split from July 8 –10. There will also be the traditional after party events on the islands of Hvar and Vis, as well as a regatta on the island of Brač. 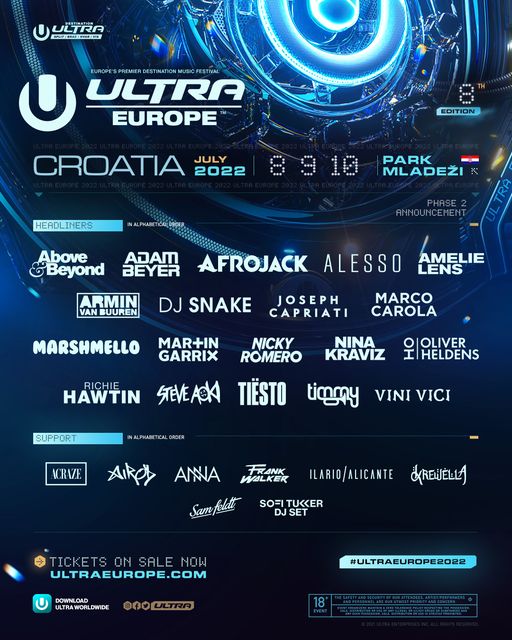 Ultra Europe is part of a large international Ultra family which, after a break because of the pandemic, is returning once again.

The return of the festival to the place where it all began, in Bayfront Park in Miami, will take place from March 25 to 27.