The trophy, which has earned its nickname ‘big ears’ because of the shape of the trophy’s handles, will arrive in Croatia later this month as part of the Unicredit UEFA Champions League Trophy Tour.

The trophy, along with the Walk of Champions exhibition, is on a 7-week tour around Europe which sees it visiting 16 cities in 5 countries. The tour started in Romania, before making its way to Serbia, Bosnia & Herzegovina, Croatia and Hungary.

Former Manchester United star Ryan Giggs is the ambassador this year and will be in Croatia with the trophy meeting fans when it arrives on 18 October 2016. Besides taking selfies with the famous trophy, fans will be able to play interactive games and see an exciting exhibition of souvenirs that have been signed some of the legends of the game who played in the UEFA Champions League. 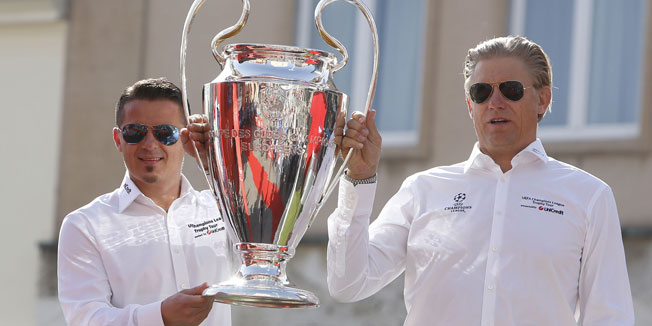 Peter Schmeichel with the trophy in Zagreb in 2014