Home » Sport » Stimac: ‘We Were Not Hard Enough’ 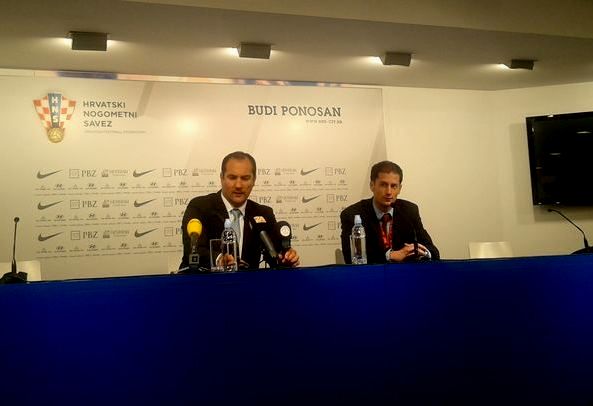 Croatia coach Igor Stimac says that his side were ‘not hard enough in battle’ and that it was just one of those days where nothing went to plan after his sides upset loss last night to Scotland 0-1 in a World Cup qualifier at Zagreb’s Maksimir stadium.

Stimac says that the loss means they have no room for anymore hiccups in their last three matches if they want to achieve their goal of qualifying for the World Cup in Brazil in 2014. Not wanting to use it as an excuse, Stimac added that he was handicapped last night with the suspension of two of his best players – Luka Modric and Vedran Corluka.

“Scotland have always been a tricky side for Croatia. We were not hard enough out there tonight. Not hard enough in battle, in the challenges,” said Stimac, who said heads will remain high despite the defeat.

When asked at the press conference  if he thought playing Dinamo Zagreb’s Sammir in the role of playmaker was a mistake, Stimac was quick to defend the Brazilian born midfield who missed perhaps Croatia’s easiest chance when his shot at an open goal sailed over the bar.

“Maybe I see wrong, but Sammir was of our best two players on the park, if not the best,” said Stimac, adding that he thought his players looked tired and weary last night after a long season. Croatia now face Portugal in a friendly in Geneva midweek.