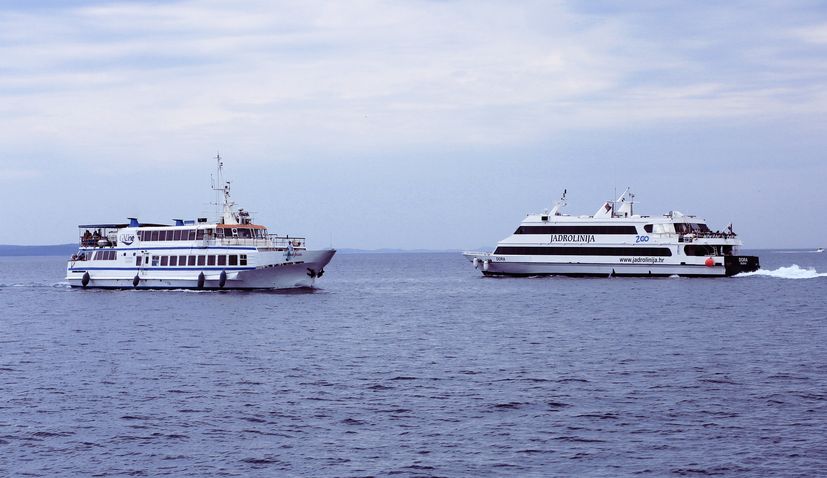 ZAGREB, 17 February (Hina) – An agreement on cooperation in the development of a project for building electric passenger ferries was signed at the Split Faculty of Electrical Engineering, Mechanical Engineering and Naval Architecture on Wednesday.

The goal is to form a research and economic core with the faculty and the Jadroplov shipping company which could stimulate and build passenger ferries with zero greenhouse emissions which would run on electricity from batteries, said dean Srđan Podrug.

The project is expected to encourage economic development in Split and Croatia by following green energy and environmental protection trends.

The ferries would be used along the Adriatic coast to better connect islands with the mainland at lower energy costs, Podrug said, adding that the project was conceived to also stimulate new infrastructure investments with EU funding.

Project designer Predrag Čudina said that under EU guidelines, the target was to ensure maritime transport with zero greenhouse emissions by 2050.

He said five projects were at stake for two Ro-Ro and two passenger ships powered by electricity which could transport between 104 and 1,200 people.

Čudina said electric propulsion had proved to be the best option for passenger ships and that it fully met the target of zero greenhouse emissions.

“When we add the price of electricity, which is three times lower than for diesel fuel, we are confident that with this idea we will attract other interested companies so that the project can be developed and the ships built and exploited,” he added.