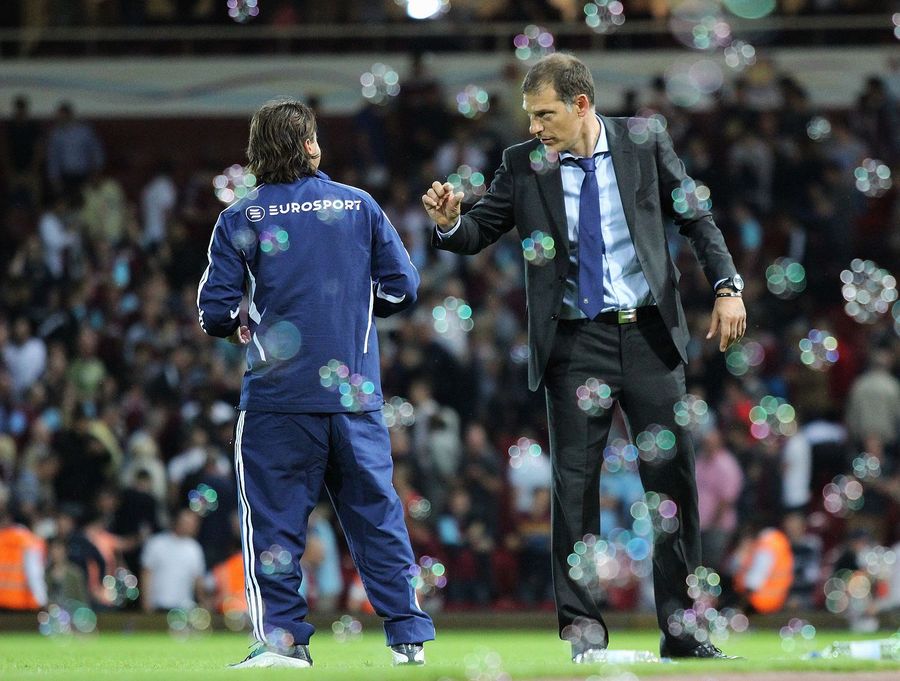 How does Croatia constantly manage to excel on the sporting stage, particularly in football, for such a small nation of around 3.8 million people with limited resources?

It is a question which has been asked countless times and last night during CBS’s broadcast of the Chelsea v Real Madrid Champions League match, which featured two Croatians in Luka Modrić and Mateo Kovačić, former Croatia player and coach Slaven Bilić attempted to answer the question.

“I’ve been asked that question a hundred times,” Bilić told former England Internationals Jamie Carragher  and Micah Richards. “Physically we are pretty decent. Mentally we are strong. The kids, not like before, but still they are on the street, we are in a good place that we have enough equipment and sources to help the kids have a great opportunity but we do not have too much money where we don’t have everything so you still have to earn and fight for something which brings competition.”

Bilić says the advantage of being a small country is that people have a feeling if they do something good then everyone in the country will know about it, and it works in reverse where if you do something bad ‘everyone will slaughter you” and this can be a motivating factor.

Pointing out that a Croatian player has won the Champions League title for the last nine years in a row, and that Croatia is third behind Germany and France for the number of Top 3 finishes at the World Cup since 1990, the CBS host probed Bilić further about the expectations of the Croatian people.

“Despite we are small, the expectations are sky-high. Our first tournament was Euro 1996 and people expected us to win it. I managed Croatia for six years and every game we expected to win, which puts pressure on you but helps build a winning mentality,” he said, before saying that the Homeland War in the 1990s also played a part.

“In 1996 most of our players played abroad. I was there for three years and then the last two I went to Germany. We didn’t join the army but we were like Croatian ambassadors on the football pitch. After those sad years of war you feel something extra, proud and a responsibility to do it for your people and country,” Bilić said.

You can watch the full breakdown from Bilić, where he also says Modrić is the most complete midfielder ever in the world, below.

How do Croatia punch above their weight in football? 🇭🇷