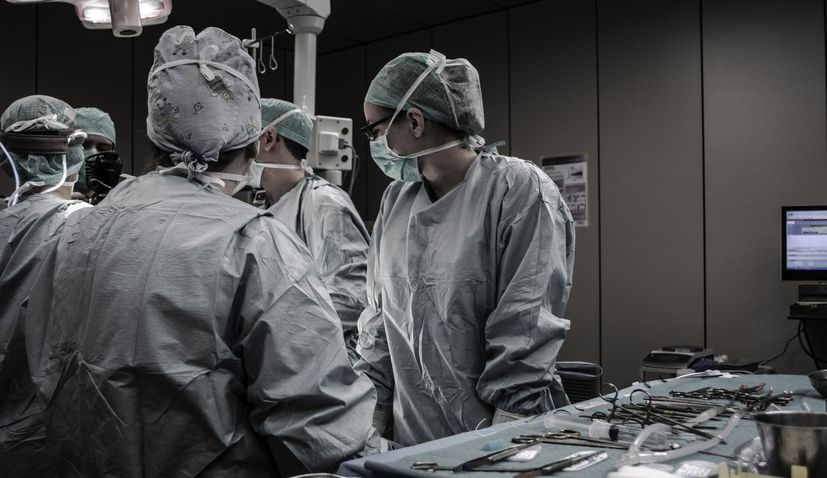 ZAGREB, May 15 (Hina) – Doctors at the University Hospital Centre (KBC) Zagreb, who have successfully separated conjoined twin sisters in a complex medical procedure, said on Wednesday that the baby girls were recovering well and that their lives were not in danger.

Preparations for the surgery lasted six weeks and were secret to avoid pressure on the operating team. The 13-hour operation to separate the twins, who were joined at their breast-bone and part of the abdomen, was headed by Tomislav Luetic, chief of the KBC Zagreb’s Department of Pediatric Surgery.

The procedure, which included one of the longest times a patient has been under anesthesia in Croatia, was performed by a team of seven surgeons and seven anesthesiologists, with 25 people in the operating room and 30 in the intensive care unit.

The babies, born two months before term, have been in the intensive care unit for four months.

“The first surgery was followed by a number of other operations. They all went more or less well and now, two and a half months after the surgery, the girls are in very good condition and we hope they will be better with every new day,” Luetic said, adding that more corrective surgery procedures were planned.

After the surgery, doctors monitored if the liver of each baby functioned on its own, if the intestines could take in normal food and whether it would be sufficient for the babies’ growth and development, and they also watched out for infections.

Infections are the biggest problem in small babies, especially in cases like this one, because the abdominal wall of both babies was reconstructed using prosthetic material, which is always sensitive to infection.

The head of the Surgery Department, Kresimir Bulic, said that he made simulations to reconstruct what needed to be reconstructed since after their separation each baby was left without 30% of the abdominal wall.

KBC Zagreb director Ante Corusic said that many had tried to talk him into referring the case to colleagues abroad but that he knew that there were no clinics specialising in conjoined twin surgeries and that he trusted his staff.

This is the second case in the world with such a complex clinical diagnosis and the first one where both twins have survived.