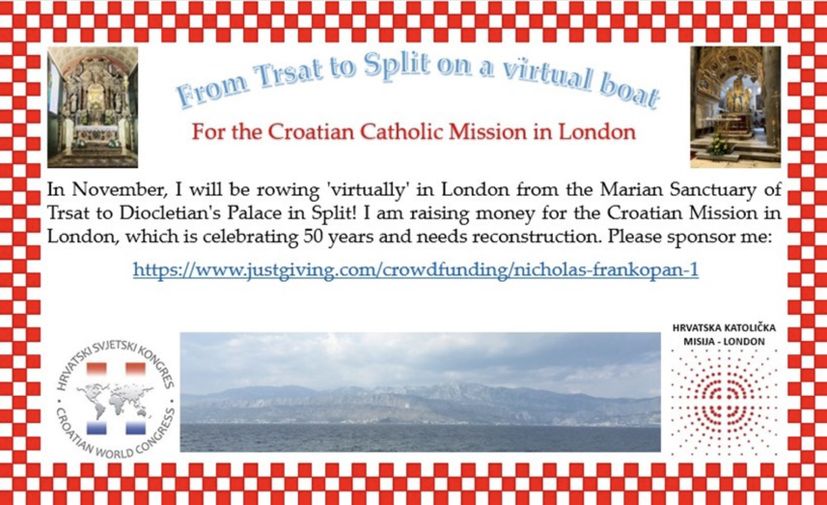 A UK-based Croatian hopes to raise no less than £10,000 to help the Croatian Catholic Mission in London by rowing from Trsat in Rijeka to Split on the Dalmatian coast on a virtual boat.

Nicholas Frankopan will row the distance between the Marian Sanctuary in Trsat and Diocletian’s Palace in Split, which is 165 nautical miles (305.58 kilometres) on a rowing machine in London.

“I have never tried anything quite like this before so it will be interesting to see how I get on. Maybe one day after the COVID-19 pandemic has passed I might be able to do it in person,” Frankopan says.

All money raised from the row will go towards urgent restoration work for the Croatian Catholic Mission in London.

“The Croatian Mission has been serving the Croatian community in London for the last 50 years. We want it to be in a position to do so for the next 50 years,” Frankopan adds.

The Croatian community in London is not very large, unlike larger diaspora communities around the world. The Croatian Catholic Mission in London is led by Fra Ljubomir Šimunović and is based in Boutflower Road, London with weekly masses in Westminster Cathedral.

More details on how to get involved and donate to the cause can be found on Nicholas’s JustGiving page here.