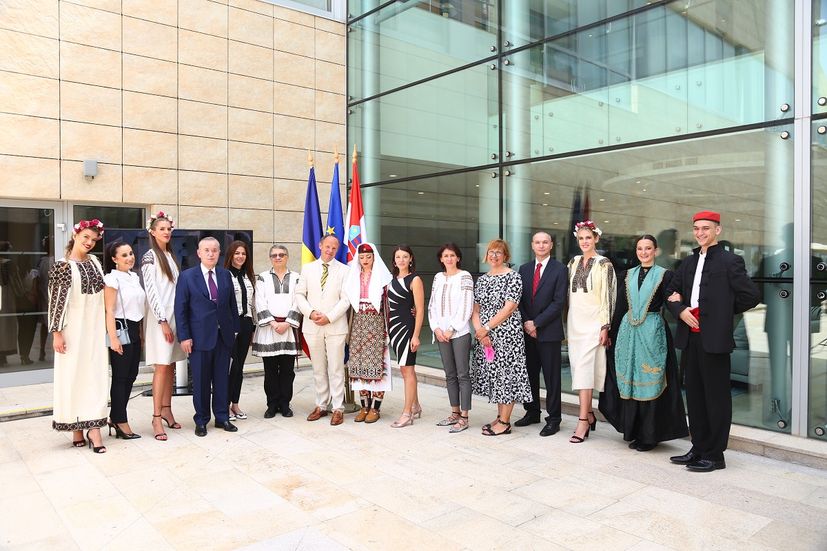 With the aim of further strengthening economic cooperation and cultural exchange between Croatia and Romania, a bilateral meeting was held in Split today. Also, the Romanian delegation led by the Ambassador of Romania to the Republic of Croatia, H. E. Constantin – Mihail Grigorie also celebrated the “International Day of the Romanian Blouse”, which is celebrated today by Romanians around the world.

Ambassador of Romania to the Republic of Croatia, H. E. Constantin – Mihail Grigorie, pointed out that today’s event takes place in conditions in which the Romanian-Croatian cooperation is growing, which was contributed by the previous mutual visits of the presidents and prime ministers of the two countries. “Epidemiological constraints imposed by the Covid-19 pandemic briefly interrupted this cooperation, but as the epidemiological situation improves, bilateral exchanges will be restarted,” he said.

„ I would like to emphasize that the value of commercial exchange between Romania and Croatia has increased and doubled in the last four years, reaching a total value of 504 million euros in 2020. At the same time, despite the global pandemic, total bilateral trade is growing slightly compared to the previous year. This is a proof of the existing interest in joint cooperation and investments, which is confirmed by today’s participation of entrepreneurs in this event. ” – said Ambassador Grigorie, adding that he is convinced that new entrepreneurial projects will be discussed today. 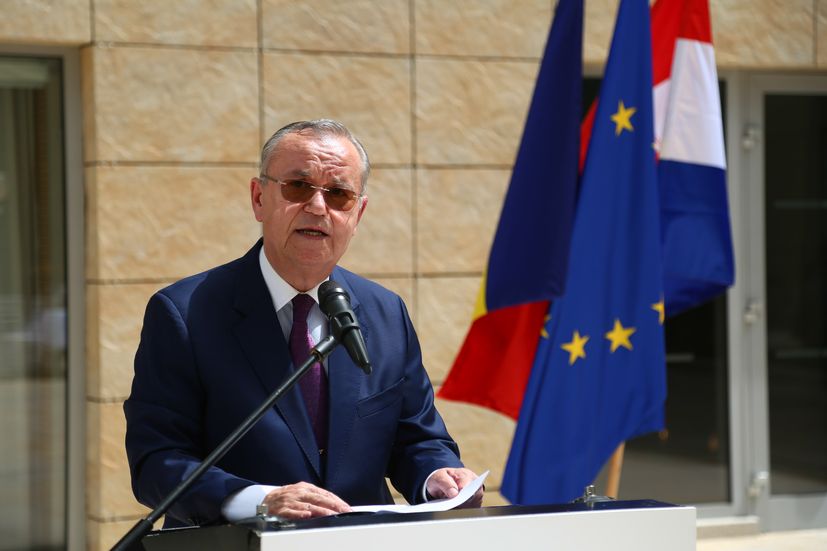 Joze Tomaš, President of the Croatian Chamber of Commerce – Split County Chamber, also pointed out the positive results resulting from the cooperation of chambers of commerce: “Croatian-Romanian relations are good, especially in our county since we have a significant advantage in bilateral relations.

In the past year, we had almost 133 million kuna of exports, and 34 million kuna worth of goods imported from Romania. We have to thank for that our company AD Plastik, which has been operating in Romania for 20 years. As far as tourism is concerned, we had about 76,000 overnight stays of Romanian tourists last year, which was about 16,000 arrivals, and we still have room for improvement. We believe that over time the numbers will get better and we hope to establish an airline that would connect Split with Bucharest.” – he pointed out. As a positive example of successful cooperation with Romanian entrepreneurs, he cited today’s event, which was held on the initiative of Ms. Monica Ioanițescu. Her project of the Lifestyle CHECK IN business event series is bring together business and diplomacy. She is a strong advocate in promoting foreign entrepreneurs the most valuable thing we have in Dalmatia, which is lifestyle, in this unique natural environment, thus encouraging tourism and the development of our economy. 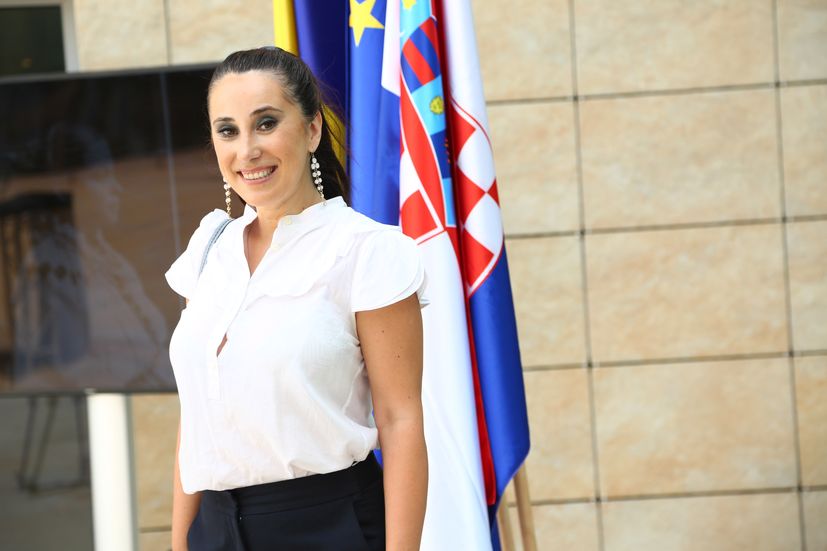 Alina Dobrescu also addressed the audience on behalf of the Romanian community in Croatia, which numbers about 2,000 people, most of whom are Croatian citizens because they have lived in our country for more than 20 years. She stated that the Association of Romanians nurtures cooperation with the Association of Croats in Romania, and together they contribute to the strengthening and development of bilateral relations. 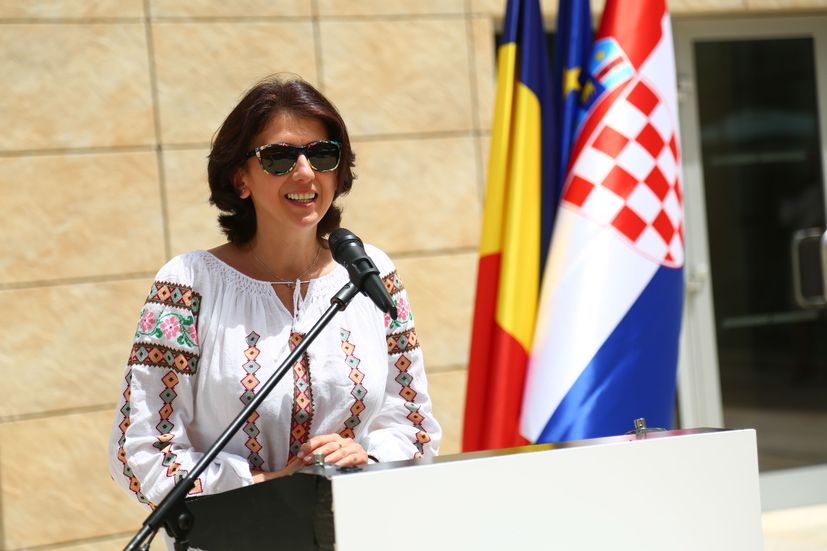 The choice of today’s date for the visit of the Romanian delegation was not accidental. Today Romanians around the world celebrate the “International Day of the Romanian Blouse”, the most famous piece of traditional costume and an extremely important and recognized symbol of cultural heritage for which the soon protection of UNESCO is expected. 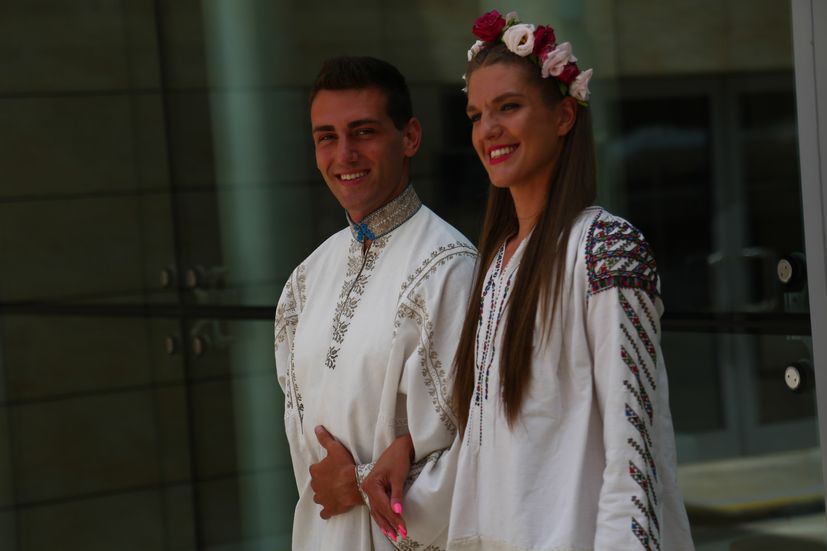 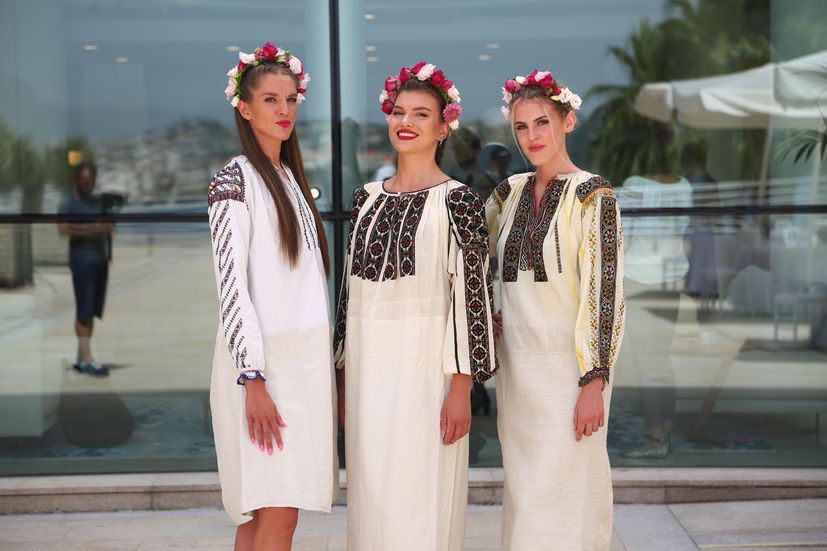 Dr. Virgil Ștefan Nitulescu, director of the National Museum of the Romanian Peasant founded in 1906, Romania’s most prestigious museum of cultural anthropology, presented some of the most important features of the traditional blouse with shoulder embroidery (called IE in Romanian). The presentation included five blouses, from different Romanian regions, brought from Romania for today’s event at Le Meridien Hotel Lav, and a short, interesting documentary about this valuable symbol of Romanian cultural heritage was presented. The beauty of the Romanian blouse has been impressing photographers, designers and painters all over the world for more than a century. Henri Matisse created the painting “La Blouse Roumaine” in 1940, inspired by a collection of Romanian blouses received from his Romanian colleague Palladi, and his paintings served as an inspiration for the fashion house Yves Saint Laurent, which in 1981 integrated the Romanian blouse into the haute couture collection. The entire collection was dedicated to the Romanian blouse by Mr. Jean Paul Gaultier in 2006, and two years later Oscar de la Renta found inspiration in it – to highlight just a few, and it is truly an honor that the original historical examples were presented today. 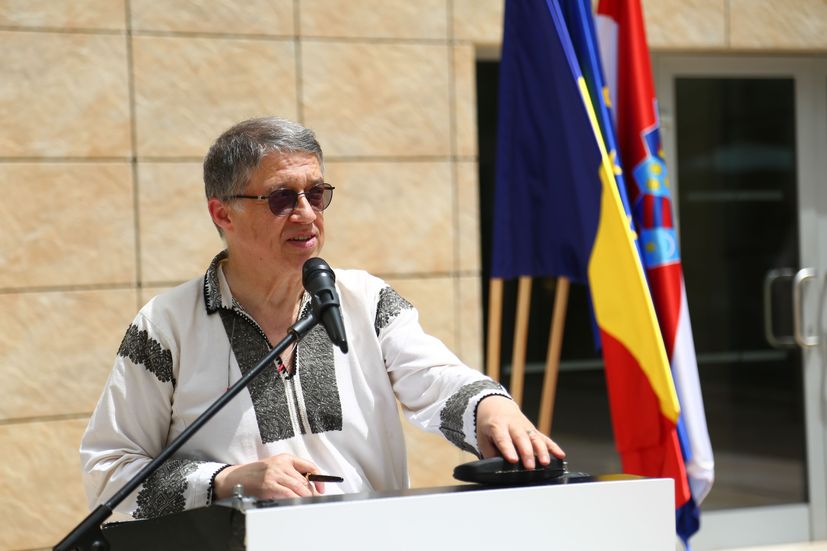 Klapa Iskon and KUD Jedinstvo presented Croatian heritage through music and dance, and the event was moderated by Ivo Perkušić. The event was attended by Stjepan Roglić, Honorary Consul of Romania in Split, and it was supported by the Croatian and Romanian entrepreneurs and high-ranking managers of international companies, Romanians who are related to or live in our country due to business. 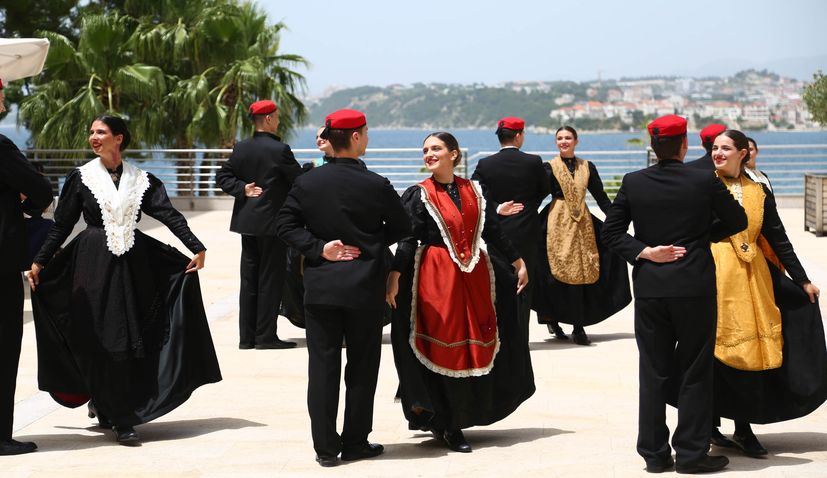 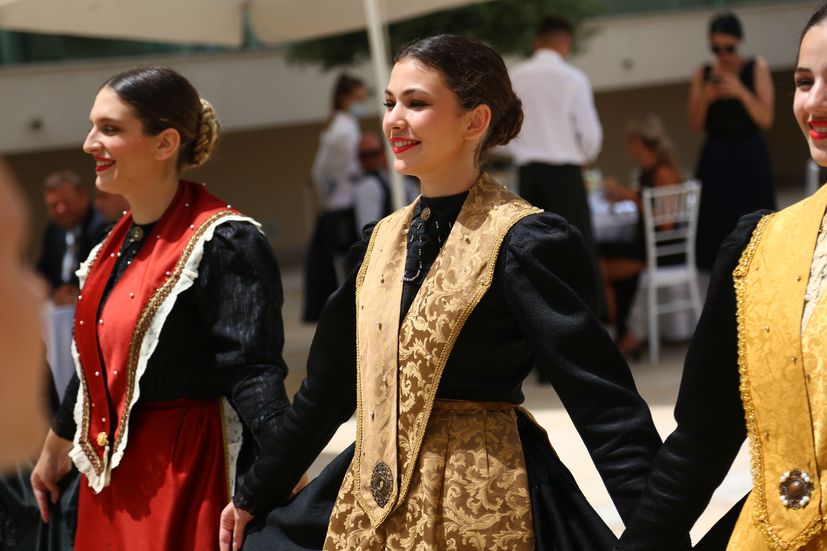 Today’s bilateral meeting was organized by Lifestyle CHECK IN, a series of business events, with the support of the institutions as the Tourist Board of Split and the Tourist Board of Podstrana. The first Lifestyle CHECK IN with the aim of connecting Croatian entrepreneurs with colleagues from other countries was held last October with Austria as a partner country, and after today’s event where Romania presented itself, a new edition will follow in September at the Zagreb Esplanade. 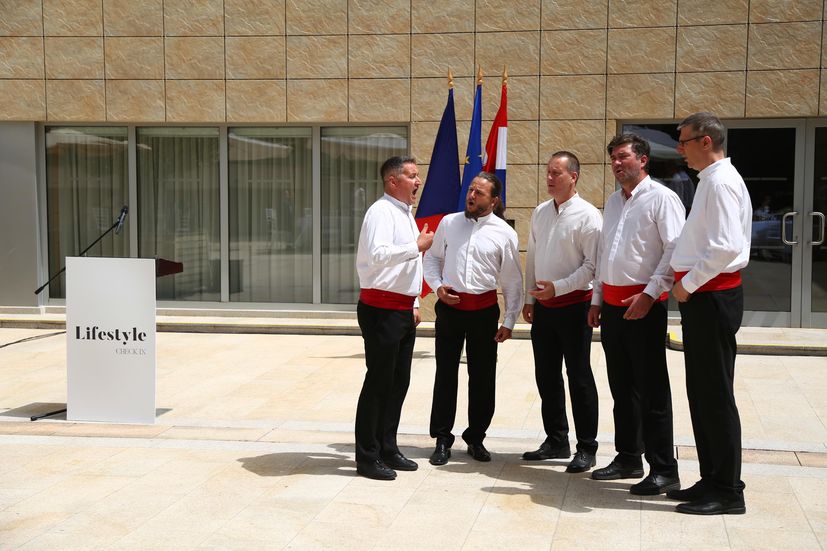 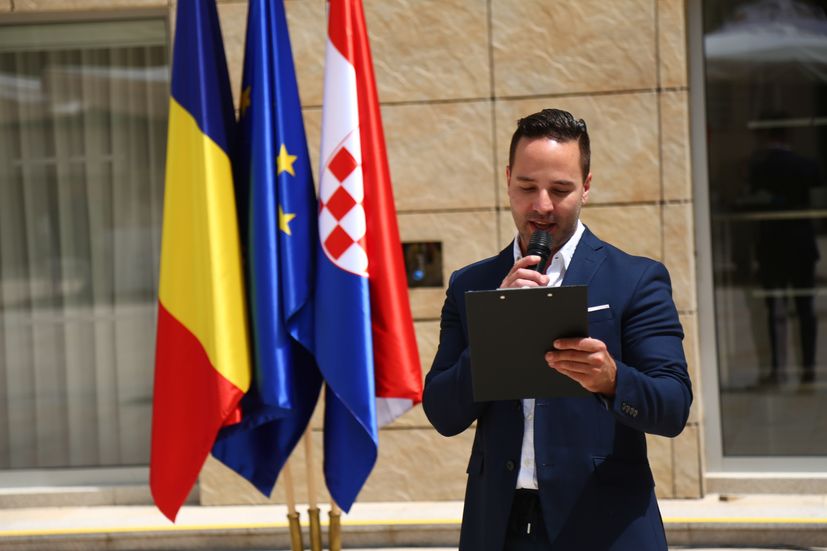